Qualcomm has signed a 3G/4G China Patent License Agreement with vivo. Under the terms of the agreement, Qualcomm has granted vivo a royalty-bearing patent license to develop, manufacture and sell 3G WCDMA and CDMA2000 and 4G LTE (including “3-mode” GSM, TD-SCDMA and LTE-TDD) complete devices for use in China.  END_OF_DOCUMENT_TOKEN_TO_BE_REPLACED

Reliance Jio Infocomm, a subsidiary of Reliance Industries Limited (RIL) yesterday launched its 4G LTE services for its employees at an event in Reliance Corporate Park on the eve of the 83rd Birth Anniversary of the group’s founder Chairman Dhirubhai Ambani. END_OF_DOCUMENT_TOKEN_TO_BE_REPLACED

Airtel has launched of its Platinum 3G services for customers in Indore and Haryana. The Platinum 3G network will boost indoor coverage, enhance voice clarity, deliver faster internet speeds and will also help optimize the back-end engagement between the network and mobile devices, said the company. Airtel’s Platinum 3G is already available in Mumbai, Kolkata and Odisha. END_OF_DOCUMENT_TOKEN_TO_BE_REPLACED 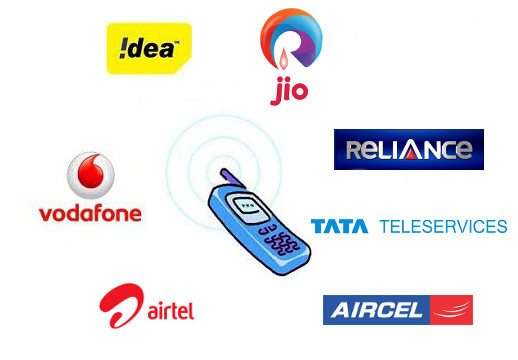 The Department of Telecom (DoT) issued letters of intent (LoIs) recently to Bharti Airtel, Vodafone India, Idea Cellular, Reliance Communications and Reliance Jio Infocomm, who won spectrum in auction earlier this March, according to a report from the ET.  At the end of the recent auction for 800 MHz, 900 MHz, 1800 MHz and 2100 MHz spectrum, government got bids worth Rs 1.098 lakh crore. END_OF_DOCUMENT_TOKEN_TO_BE_REPLACED 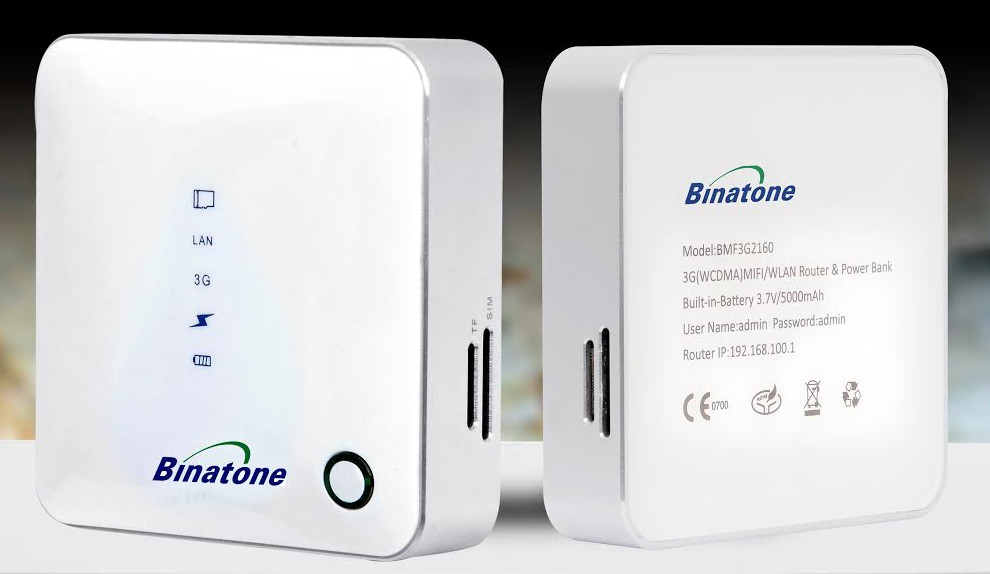 Binatone launched 3G Mifi Router with 5000 mAh Turbo Power Bank in India. It lets you create Wi-Fi hotspot for up to 10 users, has built-in SD card reader upto 32 GB for Wireless Files Sharing, plug and play support for auto configuration . It offers download speed of up to 21.6 Mbps and upload speed of up to 5.76Mbps for connectivity on the go. END_OF_DOCUMENT_TOKEN_TO_BE_REPLACED

Airtel has launched 3G services in Punjab. It rolled out 4G services in Chandigarh – Tricity last year and in Ludhiana in Punjab last week. It offers 2G, 3G and 4G services in these two areas in Punjab and it also offers 4G on mobile in Ludhiana. The company claims that it is the largest mobile operator in Punjab with over 7.5 million customers. END_OF_DOCUMENT_TOKEN_TO_BE_REPLACED 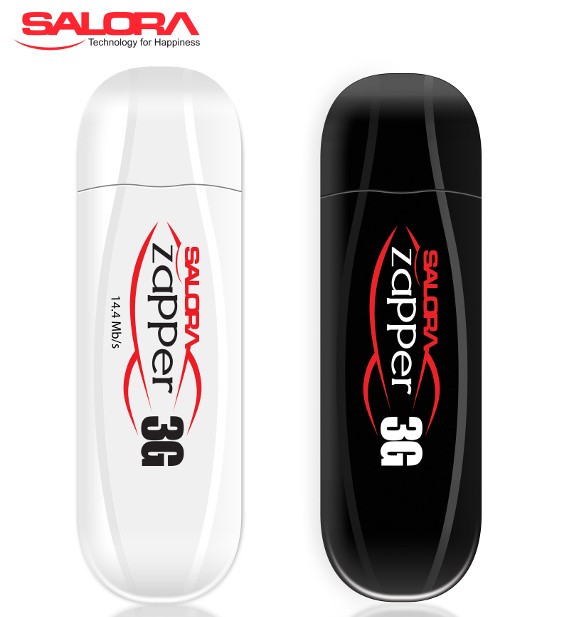 Salora International launched their Salora Zapper 3G Data Card that supports speeds up to 7.2 Mbps couple of years back. Now the company has launched Zapper3G-SIL 300B, high- speed 3G USB Dongle that offers downloading speeds of up to 14.4 Mbps. It has 3G dongle provides network / operator flexibility by supporting any operator’s SIM Card and also has micro SD card support with an expandable memory up to 32 GB. END_OF_DOCUMENT_TOKEN_TO_BE_REPLACED

Aircel has announced that they have partnered with D-Link, popular for its wireless networking device to offer 3G data benefits to its customers across India. This would let customers enjoy 1 GB of free 3G data per month for a period of 3 months for customers who activates Aircel 3G SIM on D-Link data card and DWM-156 and routers such as DWR-512 and DWR-730. Customers however need to make a recharge of Rs. 100 per month post activation to avail the benefits. END_OF_DOCUMENT_TOKEN_TO_BE_REPLACED 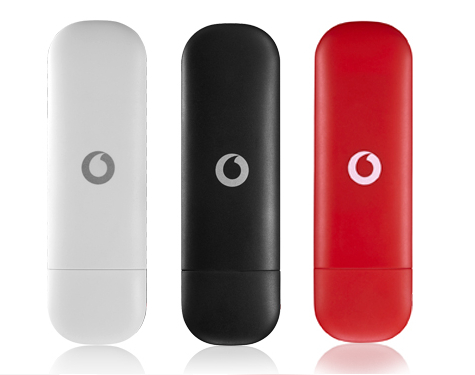 Vodafone India has launched a new USB Dongle – K3800 with data transfer speed up to 14.4 Mbps. The Plug and Play dongle supports all major Operating Systems and comes with MicroSD card support with expandable memory of up to 32 GB. It has an interactive and customised landing page that lets users customise the settings and widgets. It also offers Live Web Chat support for the users – a first of its kind feature for any dongle. It also lets users send and receive SMS and has phone book functionality. END_OF_DOCUMENT_TOKEN_TO_BE_REPLACED

Reliance Communications (RCom) has reduced the 3G rates by half for both the pre-paid and post-paid customers. Now 1GB of 3G data costs Rs. 123. The 2GB and 4GB 3G packs now cost Rs 246 and Rs 492 respectively. All these come with 30 days validity. The new rates are applicable in all the 13 circles across India. Recently Vodafone, Airtel, Idea and Videocon reduced 2G data rates. END_OF_DOCUMENT_TOKEN_TO_BE_REPLACED

The Delhi High Court issued notice against Idea Cellular for allegedly not complying with its earlier orders on 3G roaming. Idea Cellular has issued a statement regarding this saying that they have not added new 3G subscribers have been added in the 3G Seeker Service Areas as per its compliance affidavit dated 18th April 2013 with the order of the the Delhi High Court dated 12th April 2013. END_OF_DOCUMENT_TOKEN_TO_BE_REPLACED According to a MBIT index study conducted by Nokia Siemens Networks, the 3G infrastructure provider for most of the networks in India, it has been revealed that the mobile data usage in the country has almost doubled in the period of December 2011 – 2012. The main reason for the increased usage in mobile data is attributed to 3 times increase in usage of 3G mobile data by consumers, mainly from, what operators call, the “A” circles. Apparently, a regular 3G user consumes an average of 434 MB per month while the average amount of data consumed by the 2G user is 115 MB per month. Ultimately, there has been a 92% total increase in the usage of mobile data, with a whopping 196% increase in 3G usage and a 66% increase in 2G usage.

END_OF_DOCUMENT_TOKEN_TO_BE_REPLACED

Supreme Court has ordered Bharti Airtel not to extend its 3G Intra-circle roaming services to new customers in the 7 circles, where it did not have licences for 3G spectrum, according to a report from The Economic Times. Airtel got a temporary relief earlier this week, when Supreme Court allowed them to continue their 3G intra-circle roaming till April 11th. Last month DoT had asked Bharti Airtel to stop 3G services in 7 circles and asked them to pay Rs. 350 crore (Rs. 50 crore per circle) for illegal roaming pact with Vodafone and Idea . Delhi High Court temporarily stalled the execution of DoT’s order until the final hearing, after Airtel appealed against it. END_OF_DOCUMENT_TOKEN_TO_BE_REPLACED

Vodafone India has launched one-time trial packs for its 2G and 3G subscribers. Vodafone has also launched its popular advertisement characters Zoozoos in a fresh avatar for this IPL to increase the level of awareness and emphasise on the benefits of using internet on the mobile. These are available for both Vodafone post-paid and pre-paid customers across India. END_OF_DOCUMENT_TOKEN_TO_BE_REPLACED

Delhi High Court has temporarily stalled the execution of the Department of Telecom’s (DoT) order asking Airtel to stop 3G services in 7 circles in 3 days, where they did not acquire the license, according to a recent report from Economic Times. Bharti Airtel challenged the DoT’s order in the Delhi Hight Court last week, and the court ordered them to pay Rs. 350 crore (Rs. 50 crore per circle) for violating licence norms. But they are not required to pay the whole amount immediately. END_OF_DOCUMENT_TOKEN_TO_BE_REPLACED