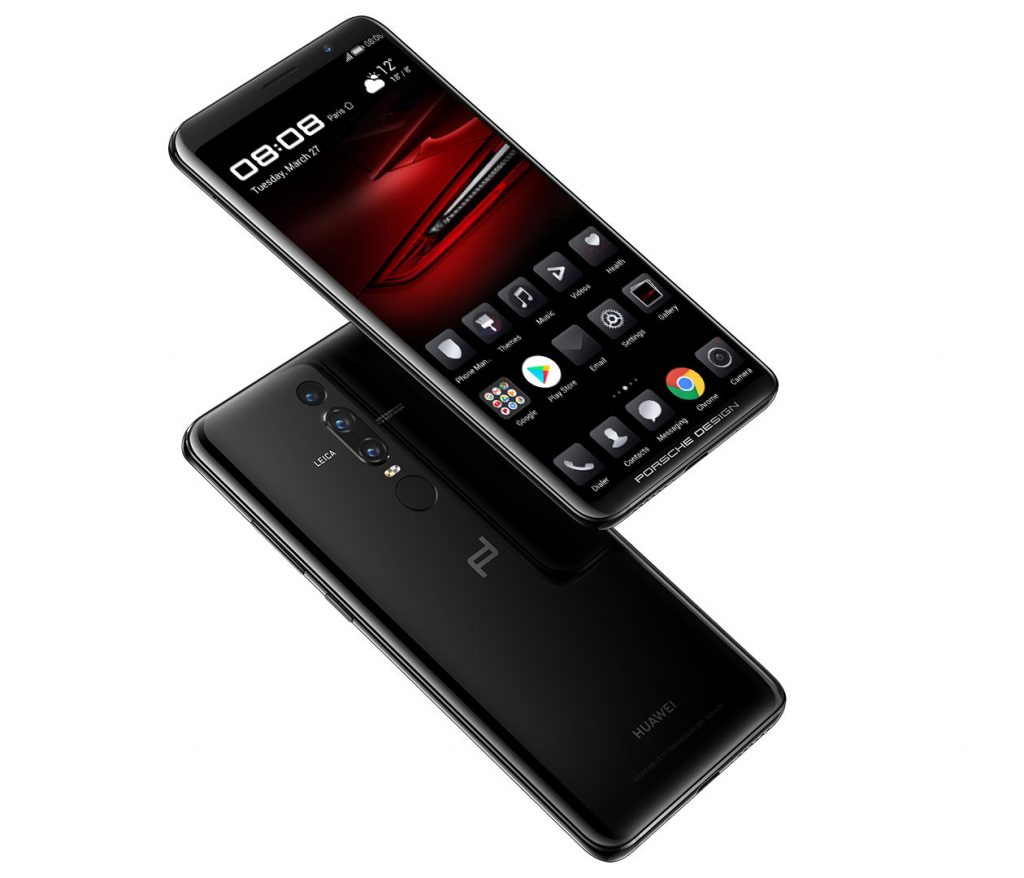 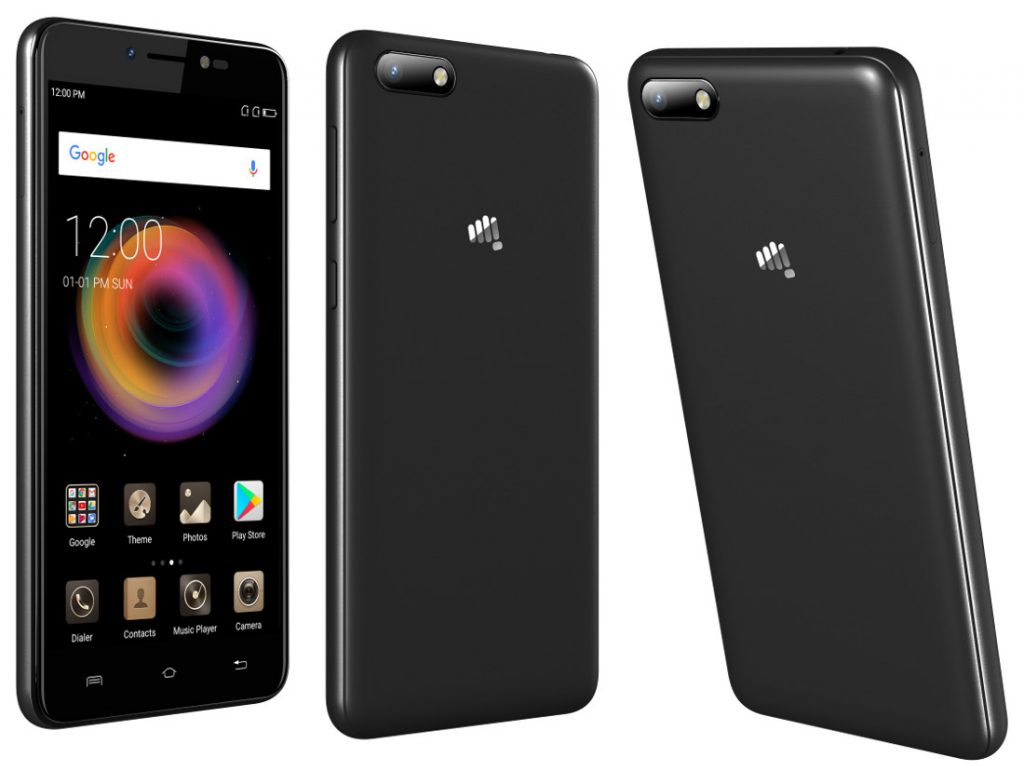 After launching Bharat 5 and 5 Plus, Micromax today launched the Bharat 5 Pro that comes with Face Unlock and a similar 5000mAh battery. The latest budget segment device from Micromax in the Bharat series, sports a 5.2-inches HD display and has 3GB of RAM. END_OF_DOCUMENT_TOKEN_TO_BE_REPLACED 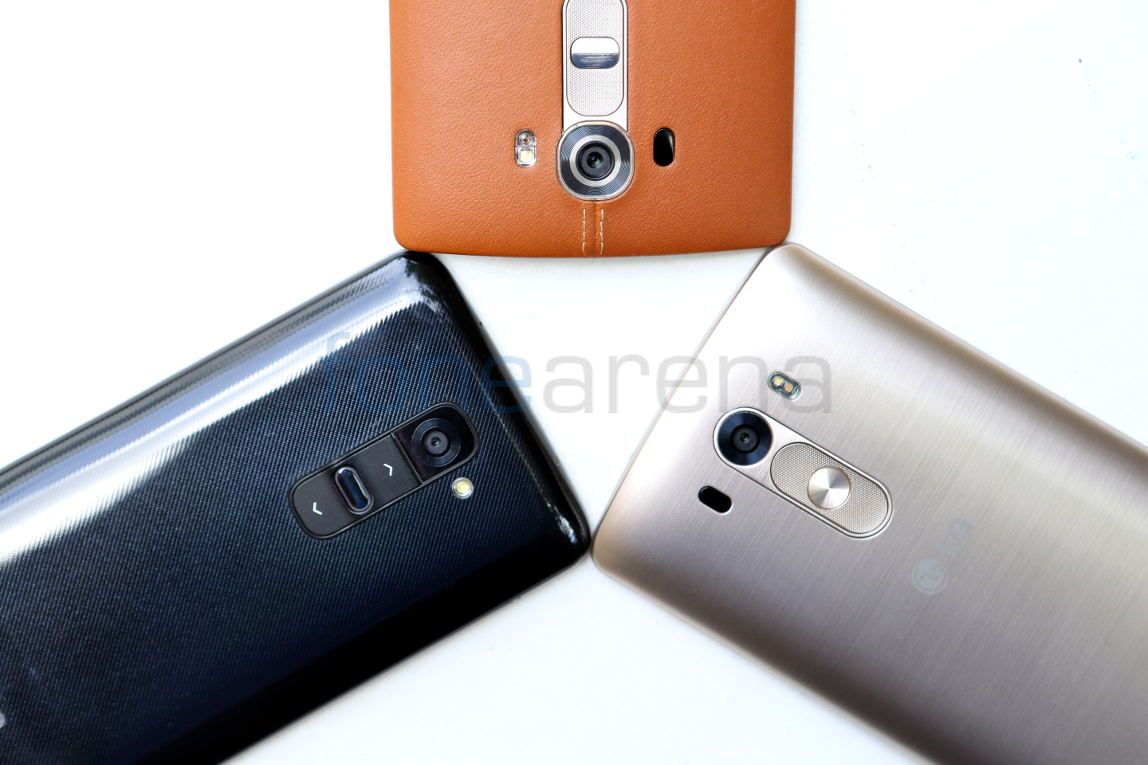 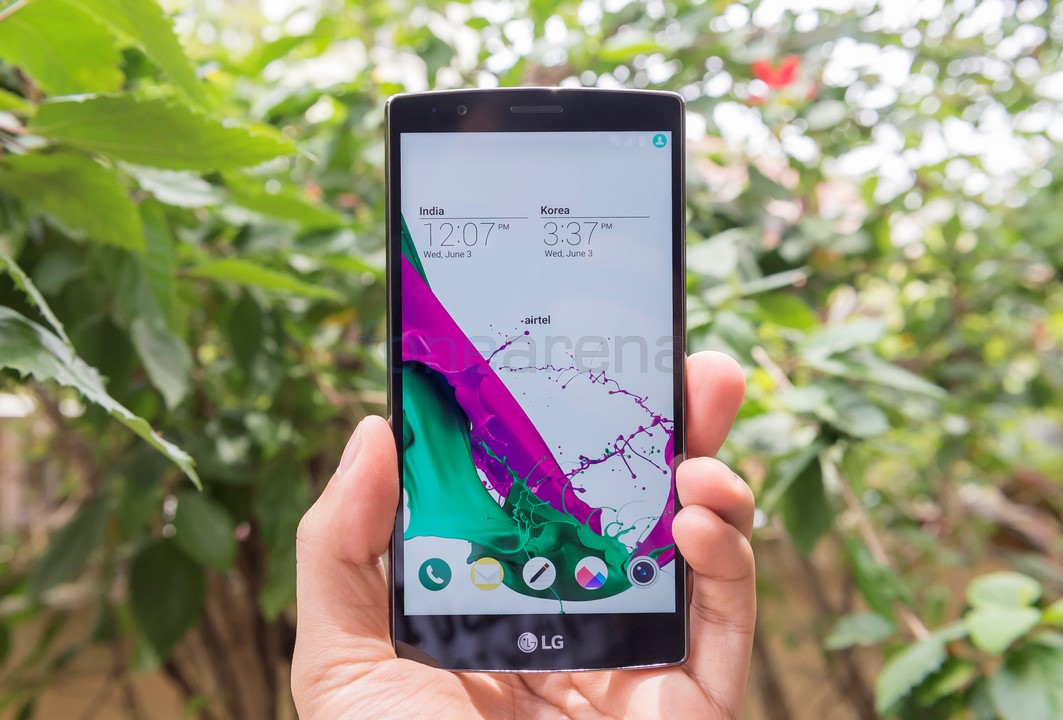 After a long wait, LG finally launched its flagship G4 in India for Rs. 51,000. It packs a 5.5-inch (2560 x 1440 pixels) Quad-HD Quantum display, is powered by a 1.8GHz hexa-core Qualcomm Snapdragon 808 processor and runs on Android 5.1 (Lollipop) with LG UX 4.0. It has a 16-megapixel rear camera with LED flash, Laser AF for fast focus, Manual mode with RAW image capture, OIS 2.0 and an 8-megapixel front-facing camera. It has dual-SIM support and 4G LTE connectivity with support for LTE bands for India. END_OF_DOCUMENT_TOKEN_TO_BE_REPLACED 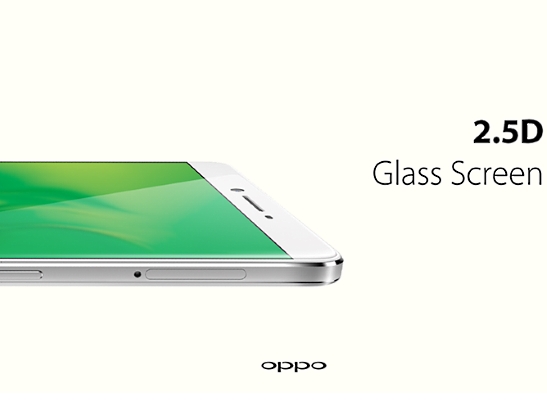 Previously we reported that Oppo’s upcoming R7 smartphone could feature a bezel-less/ edge-to-edge display. The speculation has now been confirmed by Oppo itself. END_OF_DOCUMENT_TOKEN_TO_BE_REPLACED 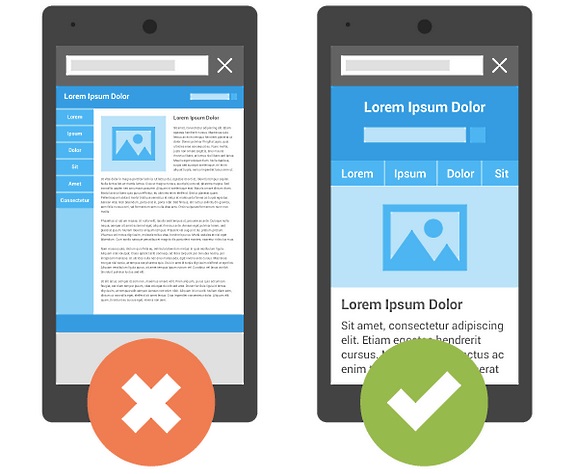 Google’s planned mobile-friendly update is finally out. The Search giant announced that the update has begun to roll out globally starting Tuesday. END_OF_DOCUMENT_TOKEN_TO_BE_REPLACED 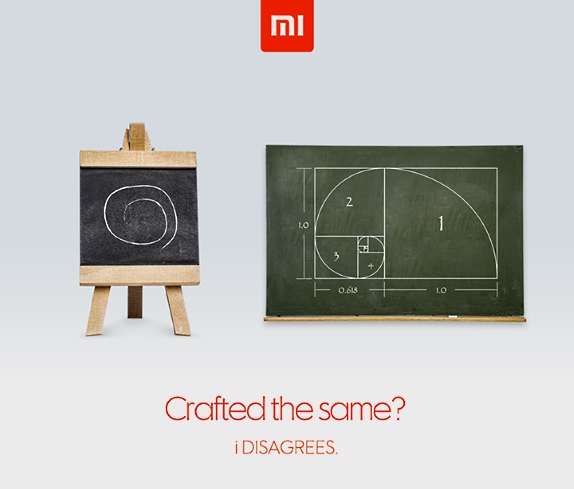 Xiaomi’s scheduled Global Mi Phone Premiere event on April 23 in New Delhi is likely to see a ‘lite’ variant of the current Mi 4 flagship device, expected to be named the Xiaomi Mi 4i. Keeping up with the initial “i is coming” teaser, Xiaomi so far has released three teasers suggesting that how the upcoming device is very different from others. END_OF_DOCUMENT_TOKEN_TO_BE_REPLACED

China’s Ministry of Industry and Information Technology has published statistics which reveal that the country’s mobile subscriber base has crossed 1.104 billion users as of November 2012. This is an increment of close to 118 million subscribers over the course of 11 months. The national telecom business volume has gone up 11.4% over the same period last year with a total of 1.18601 trillion yuan.

Approximately 82% of China’s population uses a mobile phone with about 20% of that (approximately 220 million) using 3G equipped devices. The Chinese smartphone market remains one of the most rapidly increasing territories and will top the combined US iOS & Android install base in 2013. There are about 167 million iOS and Android devices in use. Gartner had previously reported that Lenovo is set to steal the spot for number one manufacturer from Samsung in 2013. With the amount of innovation being seen in China by the likes of Huawei, ZTE amongst others, we expect Android based smartphones to help increase the smartphone userbase multifold over the next year.
[Source – MIIT] 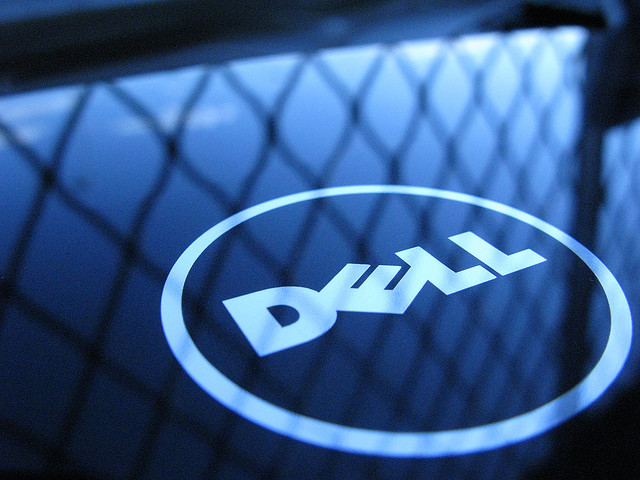 Even though Dell’s Venue Pro is doing pretty well, Dell will be shutting down it’s independent mobile division as it is not able to match the figures it was aiming for especially with models like the Dell Streak. END_OF_DOCUMENT_TOKEN_TO_BE_REPLACED

ChennaiMobiles.com aims to cater to the mobile community in the metropolis.

Its an initiative brought forward by FoneArena.com – a global mobile information portal.

The site will be a store house of information for mobile buyers and enthusiasts in the city.

Samsung has announced an update to its SGH-i300 “Super Musicphone” – increasing the storage capacity of the built-in HDD from 3GB to 4GB.

partnership with Yahoo that will allow for certain Yahoo applications to come preinstalled on some handsets.

America?s top cell phone maker, Motorola has announced a partnership with Yahoo that will allow for certain Yahoo applications to come preinstalled on some handsets.

The first such handsets are likely to be available by the end of March, and will include the YIM instant messaging solution, as well as Yahoo Mail, Address Book, and Calendar software.

This comes shortly after Motorola?s partnership with Google on integrated search services. It appears that they are trying to come up with a good mix of what they see as they best services from each internet giant, in order to create the highest quality mobile internet experience.

Google found a new way to get onto a cellphone, and this time I mean literally. Last week, Motorola announced it would integrate a Google icon onto some if its handsets in 2006

Google found a new way to get onto a cellphone, and this time I mean literally. Last week, Motorola announced it would integrate a Google icon onto some if its handsets in 2006. The Google button will give users the power to connect to Google instantly from their cellphone. The new handsets will be distributed globally to “select” Motorola customers.

Motorola seems to be walking the fence when it comes to competition between the major search engines. Though Motorola and Google announced their global alliance last week, it was only back in July that Motorola and Yahoo! teamed up to make Yahoo! services more available on Linux-based mobile devices. It’s nice that Motorola seems to continue to play nice with others. It would be a bad move for the company to enter into any exclusive partnerships. Instead, it should continue to offer products catered to what customers what. It seems to be doing a good job of that lately.

Mobile users in India can go bowling, wakeboarding or pitfalling wherever they go, whenever they want. Jamdat Mobile announced the launch of its game titles on Indian cellular service provider Hutch.

Players can choose to play a single game or a 3-game series and maneuver their aim, power and pin meter for maximum control. Jamdat Pool gamers can play eight and nine ball on their mobile phones. Pitfall! is the wireless version of the classic title as players guide Pitfall Harry through more than 200 jungle screens. Wakeboarding features Shaun Murray and other top pros.

“India is a growing market for mobile gaming and Hutch is one of the leading cellular service providers in that market,” Minard Hamilton, Jamdat’s executive vice president of sales and marketing, said in a press release. Hutch’s core consumer base is the urban population, which is the ideal target for Jamdat’s titles, he added.

Motorola and Google enter into partnership

Analysts are maintaining very positive predictions about Motorola?s stock price, following that company?s announcement on Thursday of a partnership with Google.

The major partnership, which was announced at the Consumer Electronics Show in Las Vegas, will make it easier for users of Motorola handsets to access Google?s mobile internet services, including search. Future Motorola handsets will include a special Google button, enabling one-click access to the Google search home page.

?We view this to be a significant announcement as it helps boost mobile Internet use,? said RBC Capital Markets analyst, Mark Sue. ?To date, ease-of-access/use has been one of the barriers to broader adoption.?

The new Google-friendly handsets will be made available by the end of the first quarter, and will likely promote wider Motorola handset adoption, while boosting Google?s ad revenue.