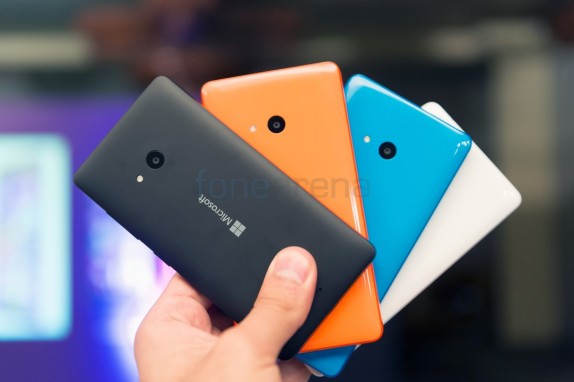 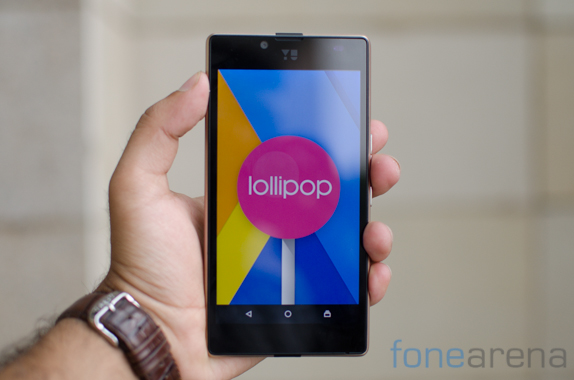 The Yuphoria is company’s second YU brand smartphone after YU Yureka. It is priced at Rs. 6,999 and features a 5.0-inch (1280 x 720 pixels) IPS display with a screen-to-body ratio of 67.1 percent, is powered by a Quad-Core 64-bit Qualcomm Snapdragon 410 processor, 2GB RAM, 16GB of internal storage with expansion slot, and runs on Cyanogen OS 12 based on Android 5.0 Lollipop. It features an 8-megapixel auto focus rear camera with LED Flash and a 5-megapixel front-facing camera.

The Yu Yuphoria has got a metal rim around its plastic chassis, and the smartphone has been assembled in India. You can read our Hands On Impressions here and watch the video below.

YU launched its first fitness band YuFit in India. The band not just resembles Mi Band, it is also priced the same in India at Rs. 999. There is a small OLED display on the band unlike Mi Band that shows the time, the number of steps, notifications and more. 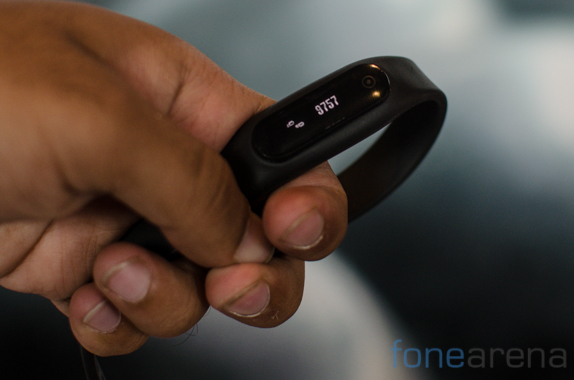 The YuFit fitness band shows the distance walked, number of calories burnt, tracks your sleep and also offers notification for incoming calls and messages. It is powered by Healthifyme, Bangalore-based company that it invested in recently. There will be coaches available on call to guide, listen to feedback and motivate you, said company during the launch.

The third device from YU is a unique gadget that is dubbed as HealthYU cassette, which can measure and monitors your health stats in real time like blood pressure, body temperature, oxygen level, heart rate, respiration rate and even ECG. 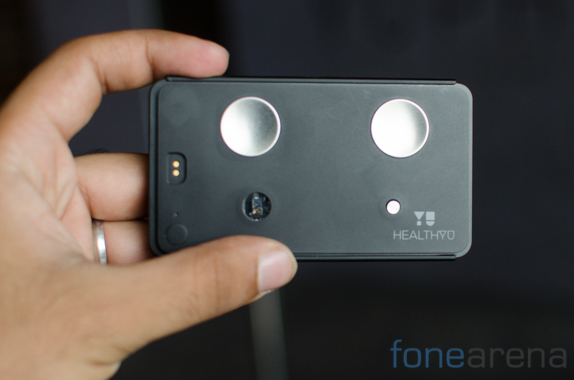 Resembling to that of a cassette, the device is small and sleek which makes it easy to attach to a smartphone’s back cover. HealthYU is priced at Rs 4,999 and will be available next month on company’s official website yuplaygod.com.

Microsoft this week launched another Lumia in India – the Lumia 540 Dual SIM at Rs. 10,199. It packs a 5-inch HD display, is powered by a 1.2GHz quad-core Snapdragon 200 processor coupled with 1GB of RAM, 8GB internal storage and runs on Windows Phone 8.1 with Lumia Denim. It has an 8-megapixel auto focus camera with LED flash and a 5-megapixel front-facing camera with wide angle lens.

The Microsoft Lumia 540 Dual SIM comes in cyan, orange, white and black colors and will be available from May 18 via online and offline retailers. 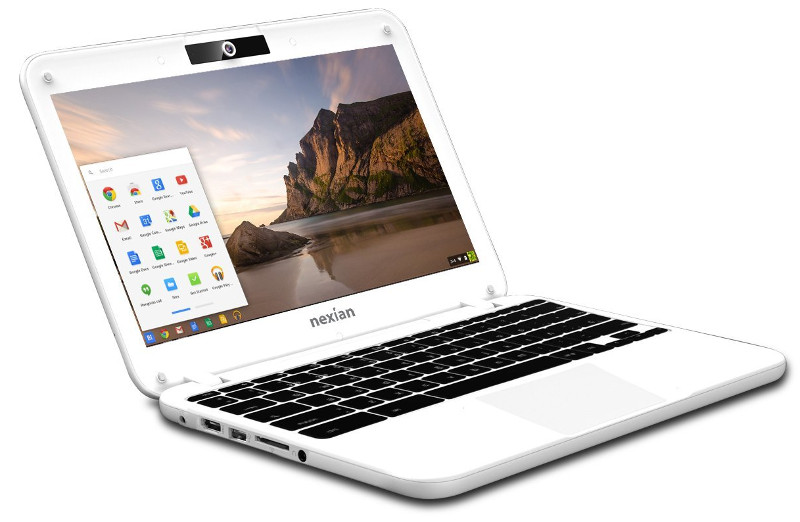 Both the Chromebooks have a 11.6-inch (1366×768 pixels) IPS display and are powered by a 1.8 GHz Rockchip 3288 Quad-core processor based on ARM Cortex-A17 CPU and has ARM Mali-T764 GPU. These have 2GB DDR3 RAM and 16GB of internal storage with expansion slot. The Nexian Air Chromebook has rugged splash-proof design. Checkout full specifications and more here. 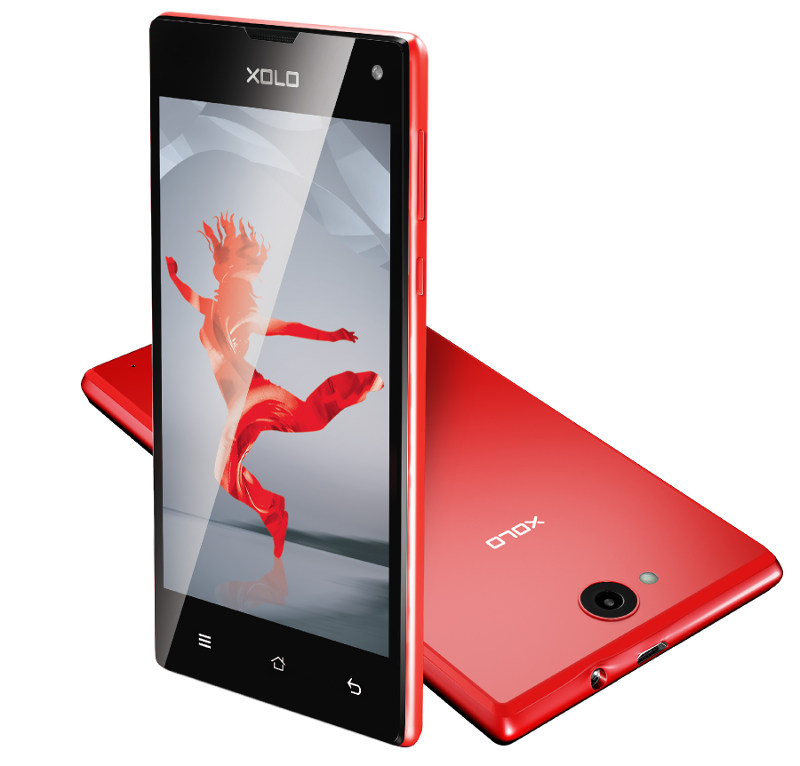 It has a 4.5-inch FWVGA display, is powered by a 1.3GHz quad-core MediaTek MT6582M processor and runs on Android 5.0 Lollipop. It has a 5-megapixel rear camera with LED flash and a VGA front-facing camera. It packs 1GB RAM, 8GB of internal storage with expansion slot and an 1800mAh battery.

OnePlus finally brought its 10,000mAh OnePlus Power Bank in India. It was launched in the US through the official online store last month. The OnePlus Power Bank is priced at Rs. 1399 and is exclusively available through Amazon.in in Sandstone Black and Silk White colors. It will compete with the Xiaomi 10,400mAh Mi Power Bank and the recently launched Huawei Honor AP007 13000mAh power bank. 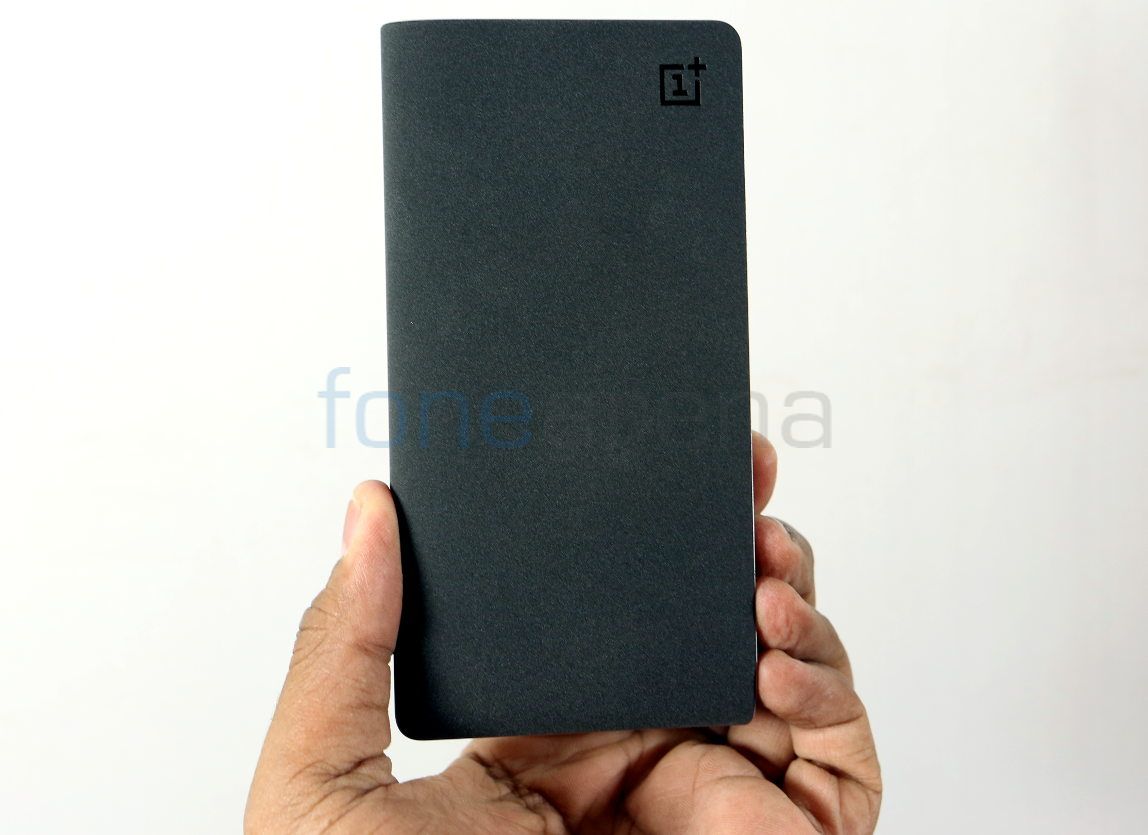 Asus also launched a power bank called the Asus ZenPower 10050mAh, priced at Rs. 1,499 for the Silver, Pink, Blue and Gold variants, while the Black variant is priced at Rs. 1599. The Asus ZenPower has 11 layers of protection and adds extra layer of tactile toughness which is soft to touch, scratch and impact resistant, says the company.

The Intex Cloud N is exclusively on eBay at Rs. 4,199. It has a 4-inch WVGA screen, is powered by a 1.2 GHz quad-core Spreadtrum processor and runs on Android 4.4 (KitKat), 8-megapixel rear camera with LED flash, 2-megapixel front-facing camera, dual-SIM support, and 3G connectivity. 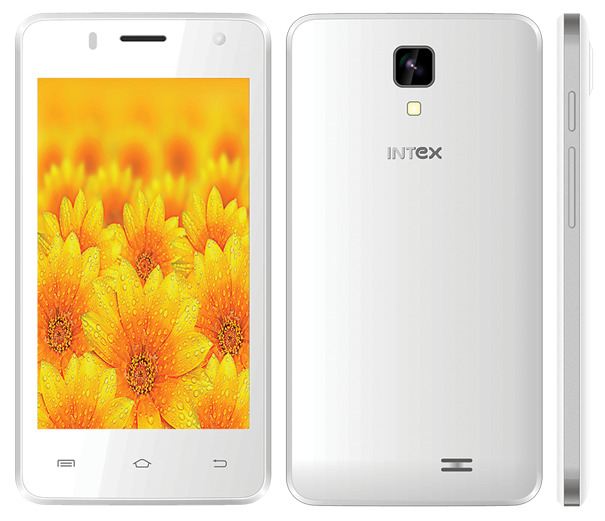 The Intex PBX-6KL 6000mAh power bank is priced at Rs. 2,500 and is backed by a one-year of warranty. The power bank comes with built-in LED lamp. It has two USB 2.0 output ports (5V 1A & 5V 2.1A). The LED lamp has 11 LEDs offering bright light. It has a power button and four battery indicator LEDs. It turns itself on and off automatically when you plug in a device. The power bank has dimensions of 125x82x15mm and weighs 168 grams. 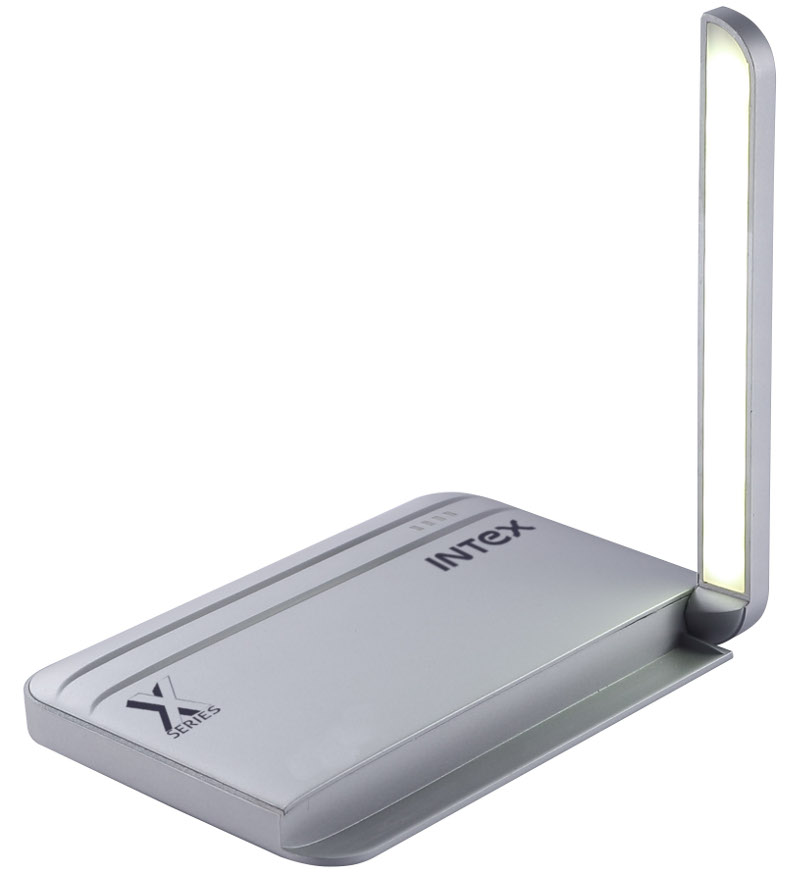 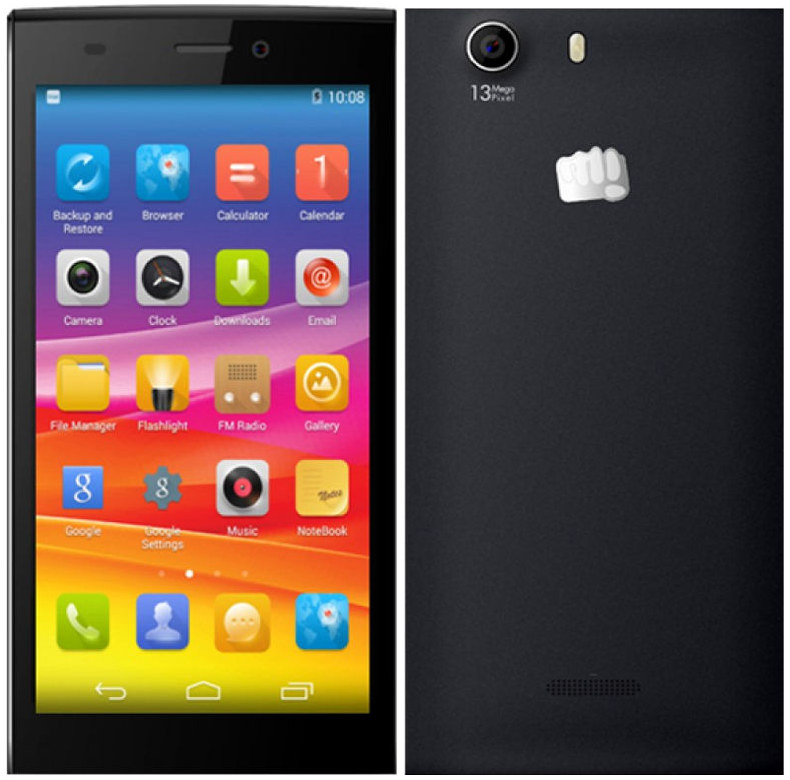 Lastly, there is Spice Fire One Mi-FX2, the second Firefox OS smartphone from Spice. Priced at Rs. 2,799, the smartphone is now available from Saholic. It has the same 3.5-inch HVGA screen and is powered by a 1GHz processor, similar to the Mi-FX1 that was launched last year, but this adds 3G support and features a 2-megapixel rear camera with dual LED flash and a 1.3-megapixel front-facing camera. 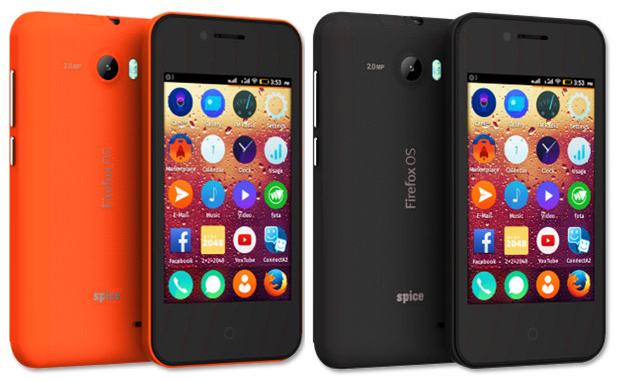 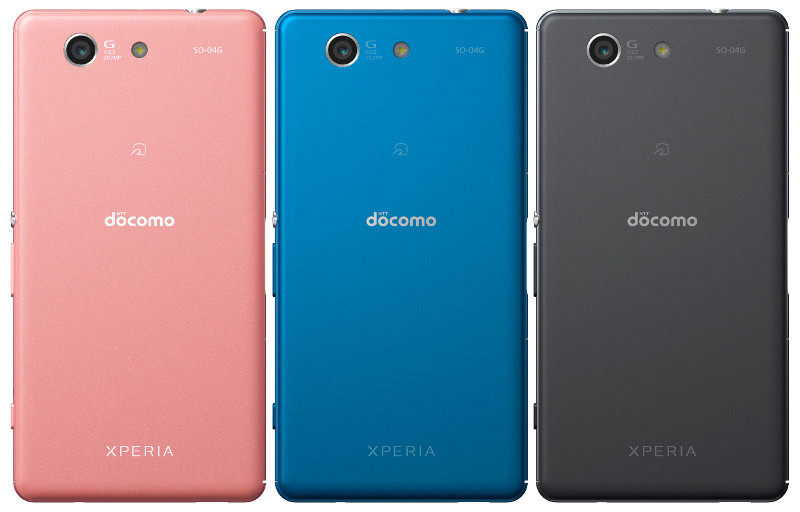 HTC in partnership with Japanese operator KDDI announced a new smartphone in its butterfly series dubbed the HTC J Butterfly HTV31. The smartphone is reportedly scheduled to release in early June in Japan, and speculated to get renamed as the HTC Butterfly 3 Internationally. Checkout the full specifications here. 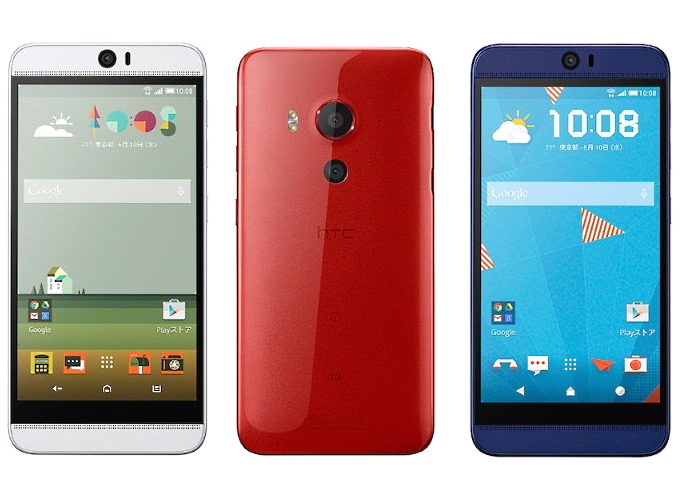 Huawei silently unveiled the Huawei MediaPad M1 tablet successor called the MediaPad M2. The tablet was showcased at company’s official store in central Paris, but so far there is no official announcement from Huawei.

The Huawei MediaPad M2 tablet sports an aluminum frame and comes with an 8-inch full-HD (1920×1200 pixels) display. It is powered by a 64-bit octa-core Kirin 930 chipset clocked at 2GHz and 2GB of RAM. The 16GB internal storage is expandable via microSD card. 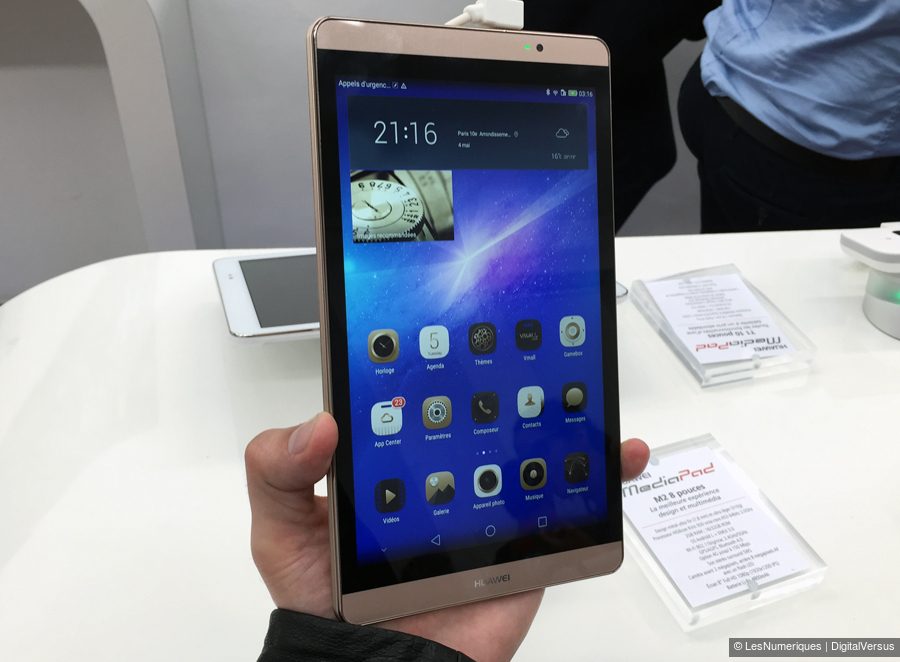 It sports an 8-megapixel rear camera with LED flash and a primary 2-megapixel front-facing camera. The tablet is 7.8mm thin and weighs 310 grams. It is powered by a 4800mAh battery and runs Android 5.0 Lollipop with company’s Emotion UI (EMUI) 3.1 skinned on top. 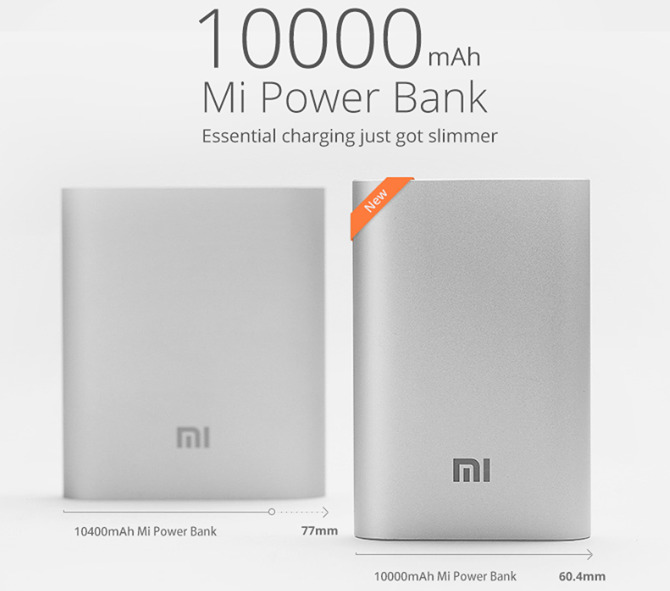 The new 10000mAh Mi Power Bank comes in red, silver and champagne colors, is priced at CNY 69 ($11 / Rs. 710 approx.) and is currently on sale in China through official Mi store. Xiaomi has not announced any plans regarding its global roll out yet. 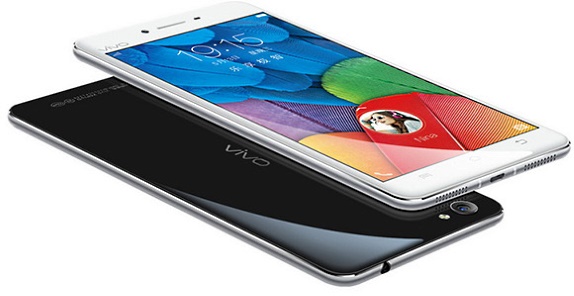 The highlight of Vivo X5 Pro is its eye recognition technology that identifies users by scanning their eyeball vein pattern. It features a 5.2-inch full-HD (1080×1920 pixels) AMOLED display, a 64-bit octa-core Qualcomm Snapdragon 615 processor coupled with 2GB of RAM, 16GB internal storage further expandable via microSD card (up to 128GB), a 13-megapixel rear camera, a front 8-megapixel camera, and a 2300mAh battery.