When the 3G licenses were awarded to operators in India last year , none of the players won a pan-India license. Some players won licenses in 13 circles and others in 9 or lesser number of circles. Now a report from LightReading states that Aircel and Tata have been busy in talks to roll out 3G services together . END_OF_DOCUMENT_TOKEN_TO_BE_REPLACED 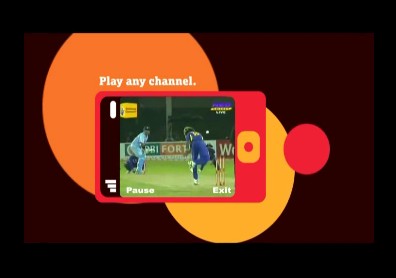 END_OF_DOCUMENT_TOKEN_TO_BE_REPLACED

You must have read about our circle wise list of the 3G auction winners in India. Tata has won in 9 circles including Delhi, Maharashtra , Kolkata  , Tamil Nadu , AP.Now Tata has picked Nokia Siemens Networks as its partner for deploying it’s 3G network in India. END_OF_DOCUMENT_TOKEN_TO_BE_REPLACED

Yesterday, while browsing some mobile related forums, I got to know that people there are just over whelmed to know when exactly will TATA launch its GSM services which presently has only CDMA operations in India.

Then, after spending over an hour, I got in hand, some reports which claims TATA would launch GSM operations starting may this year. Actually, TATA is prepared to roll its services in some parts of Orissa, Andhra Pradesh and some other Telecom circles, but keeping in mind the unclear norms and policies of the DoT and TRAI, TATA was yet to roll out its GSM services. END_OF_DOCUMENT_TOKEN_TO_BE_REPLACED

I Guess, TATA Indicom was the only operator, among the top Indian cellular operators, that was not providing Missed call alert (MCA) service as of now. But, its a good news for TATA Indicom customers, that even they can now activate missed call alert service and keep track of calls that they miss during no coverage or when their mobile is switched off. END_OF_DOCUMENT_TOKEN_TO_BE_REPLACED

Location based services is one among the most trending services in the field of Indian telecommunications. Reportedly, TATA launched its Location based services (LBS) using A-GPS (Assisted Global Positioning System) for the first time in the country, using which, unlike any other LBS service, you can access your current position, using the nearest base station of your current operator. END_OF_DOCUMENT_TOKEN_TO_BE_REPLACED END_OF_DOCUMENT_TOKEN_TO_BE_REPLACED

The application rendered by BSNL for a full-fledged CDMA mobility license has been approved. Since BSNL is State-owned, it was exempted from shelling out Rs 1,651-crores entry fee, performance bank guarantee fee etc for the CDMA license.

“The initial investment for this project will be approximately $500 million,” said BSNL CMD, Kuldeep Goyal.

END_OF_DOCUMENT_TOKEN_TO_BE_REPLACED

TATA Teleservices had sought 3G trial spectrum but was not considered.Reliance had sought the 1900 MHz Band which did not conform to the International CDMA 3G trial norms.

But if Reliance sought the 800 Mhz band for Testing EVDO , it might be considered

The government’s spectrum allocation to telcos is mainly for equipment testing and
interference measurement.
via [ibn-live]