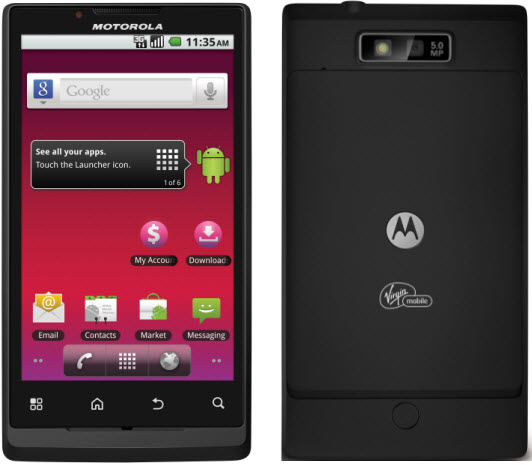 Motorola recently announced a new Android powered Motorola Triumph smartphone. This handset runs on the old Android 2.2 (Froyo) Operating System and it will be available exclusively to Virgin Mobile customers in the US. END_OF_DOCUMENT_TOKEN_TO_BE_REPLACED

Virgin Mobile recently introduced a revolutionary youth focused proposition by making SMS the new voice of the youth by ushering in genuine freedom of sending SMSs by making it FREE without any extra pack or upfront commitment.

Virgin Mobile customers will now be able to send 100 National as well as 100 Local; a total of 200 SMSs free daily after just paying for the first 3 SMSs on each leg (National and Local respectively) to any network.

END_OF_DOCUMENT_TOKEN_TO_BE_REPLACED