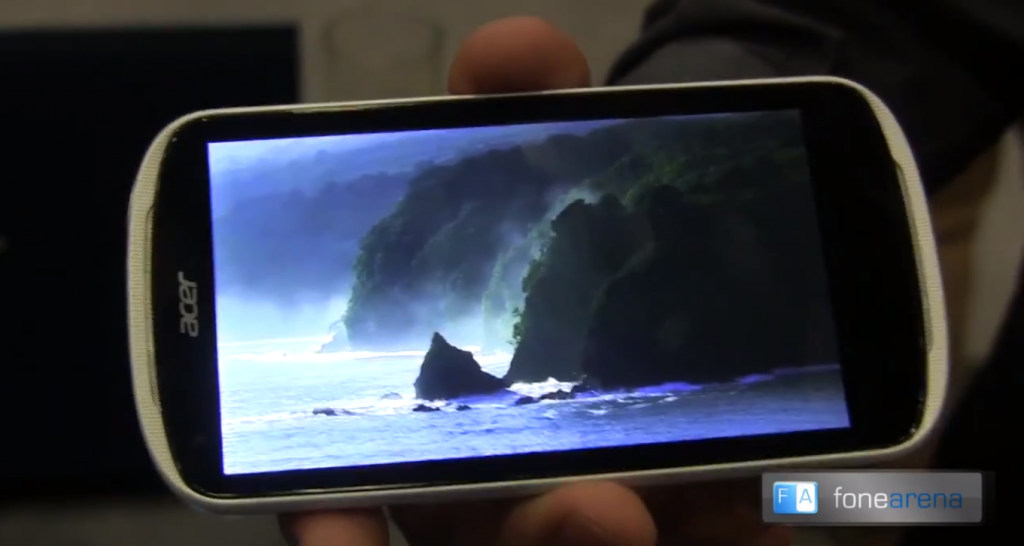 The Acer Liquid E1 was announced at Mobile World Congress as a mid range device running Android 4.1 Jelly Bean. The Liquid E1 is equipped with a large 4.5″ qHD screen but feels quite comfortable in the hand due to the rounded edges. Internally, the phone has a dual core 1Ghz process and 1GB of RAM. Internal storage is limited to just 4GB but can be expanded thanks to the microSD card slot.

The phone also has dual speakers and a battery rated at 1,765mAh. The Acer Liquid E1 is a dual SIM device and you can spot the two mini SIM card slots over at the back. Acer has equipped the Liquid E1 with a very light skin on top of Android 4.1 and an interesting addition is what is being called a float caller. 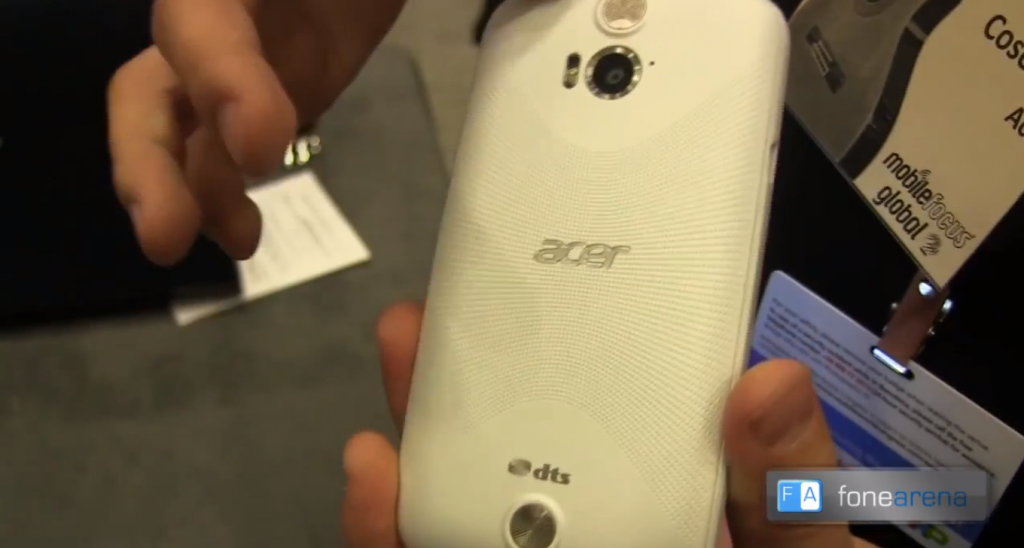 What this means is that incoming calls will be displayed as a floating widget on top of currently running  apps allowing you to continue working on the task at hand. Being a dual SIM device it is also possible to switch between calls via a dedicated tab. Over all the Liquid E1 felt quite promising during our hands. The phone is expected to be priced around 199 Euros.