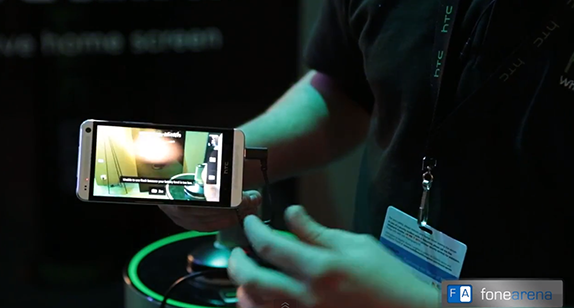 The HTC One was announced on prior to the MWC on 19th February. We’ve now managed to get a hands-on video of the device at MWC 2013 here in Barcelona, Spain.

The One is the flagship model for HTC. It features a 4.7″ Full HD Display (468ppi), 1.7 GHz Quad Core Processor (Qualcomm Snapdragon 600) and 2 GB of RAM. It is also the first smartphone to feature Ultrapixel camera technology. The camera has a 28mm lens, BSI Sensor, Optical Image Stabilisation (OIS), LED Flash and 2.0 aperture.

It also has two speakers on the front, one above and one below the display giving upto 98 db of sound. The HTC One will launch worldwide in March across 85 countries and 180 operators. The price has not yet been unveiled but we will notify you as soon as we get an update.