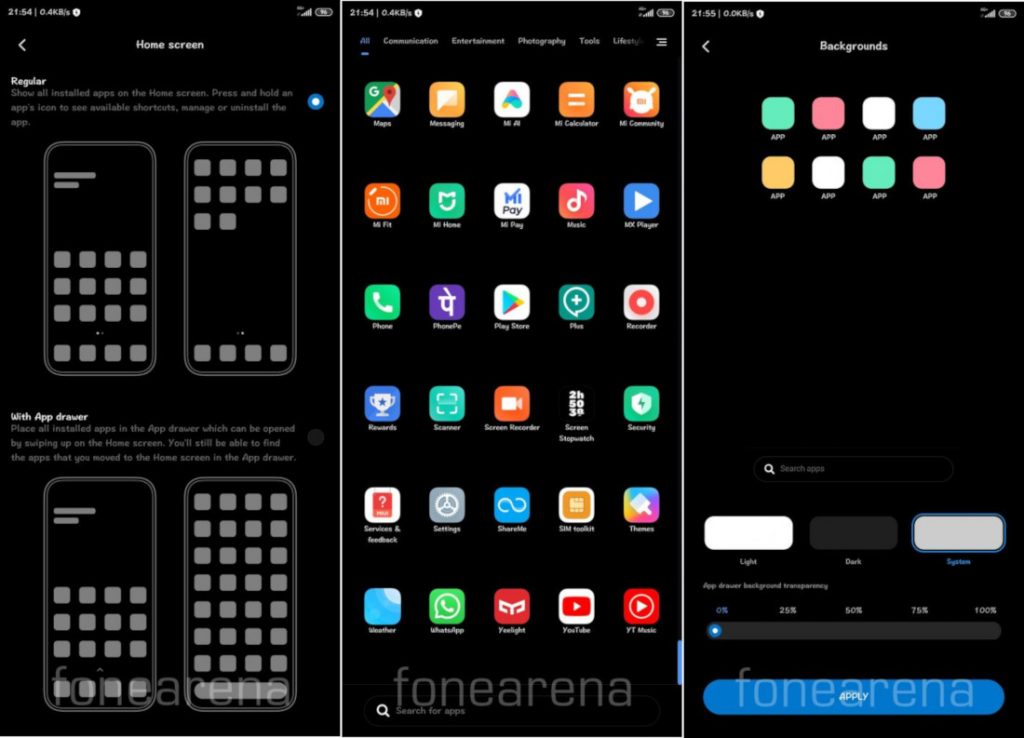 [Update, Feb 14, 2020]: Xiaomi has started rolling out a new update with version RELEASE-4.15.0.1429-02041140 which brings App Drawer and App Categories to MIUI Launcher. You can download the APK manually from here and install it on your device in case you don’t have the update on your device yet.

Earlier: Xiaomi’s MIUI is well-known for the customizations it offers, despite being user-friendly and customizable, people had some complaints with MIUI such as Notification Shade and MIUI Launcher. Xiaomi hugely improved the notification shade with the last two iterations of MIUI but MIUI Launcher didn’t get much improvements and features. Last year, Xiaomi introduced Hidden Apps feature on MIUI Launcher and also introduced App Drawer on MIUI China ROM.

A few weeks ago, MIUI launcher received an update bringing App shortcuts and App sharing shortcut features and now, an alpha version of the MIUI launcher has surfaced on the web that finally brings much-awaited app drawer to the MIUI launcher but it is not enabled by default, users can turn on the app drawer mode under Home Screen settings.

MIUI launcher gets a lot of features from the POCO launcher, be it app suggestions, app categories, app drawer background or the search bar at the bottom of the app drawer.

Users also get an option to change the Icon size and Home Screen layout.

You can download the alpha build on devices running MIUI by clicking here and install it on your device, but note that this is an Alpha build and might have some bugs. The new update brings all the features from POCO launcher to the MIUI launcher, we will let you know whenever Xiaomi brings app drawer to the stable version of MIUI launcher.