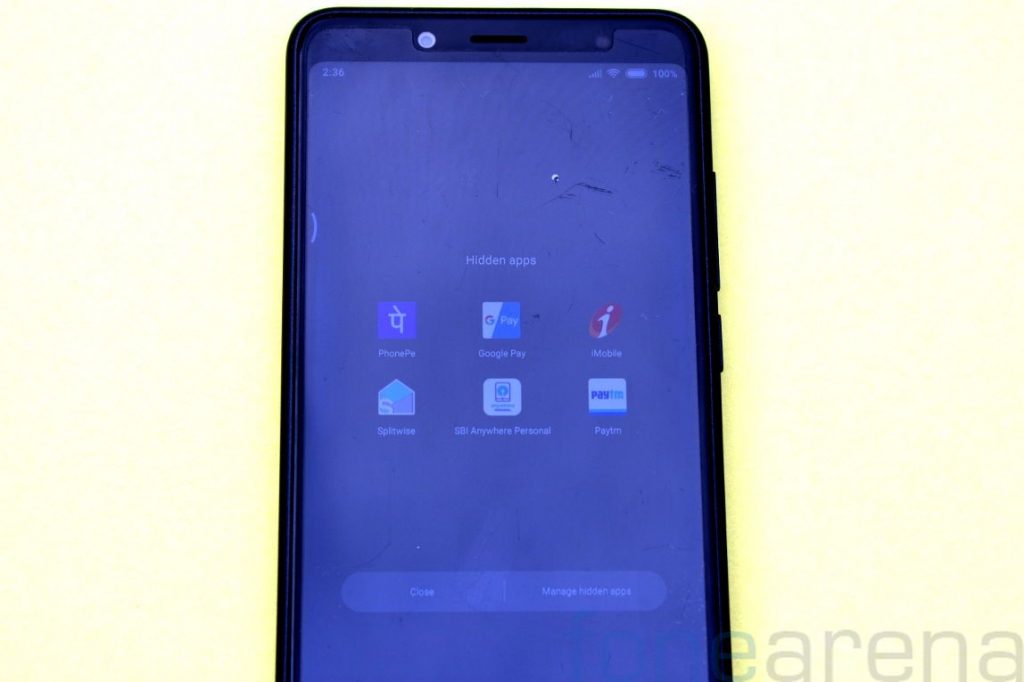 A tutorial is shown to users to access hidden apps on turning on the feature for the first time.

The feature was long awaited and is a nice addition to MIUI launcher, we hope that Xiaomi takes feedback from users and provides an option to enable app drawer on MIUI Launcher, but we don’t know whether that’s gonna happen in near future or not.

In case, you are someone who prefers an app drawer, checkout POCO Launcher which Xiaomi recently listed on the Play Store. As per the announcement, POCO launcher also supports hidden app feature but the feature is not yet available.

The feature is available only on MIUI 10 Global Beta ROM as of now and you can expected it to be released to MIUI Global Stable ROM users in the future.