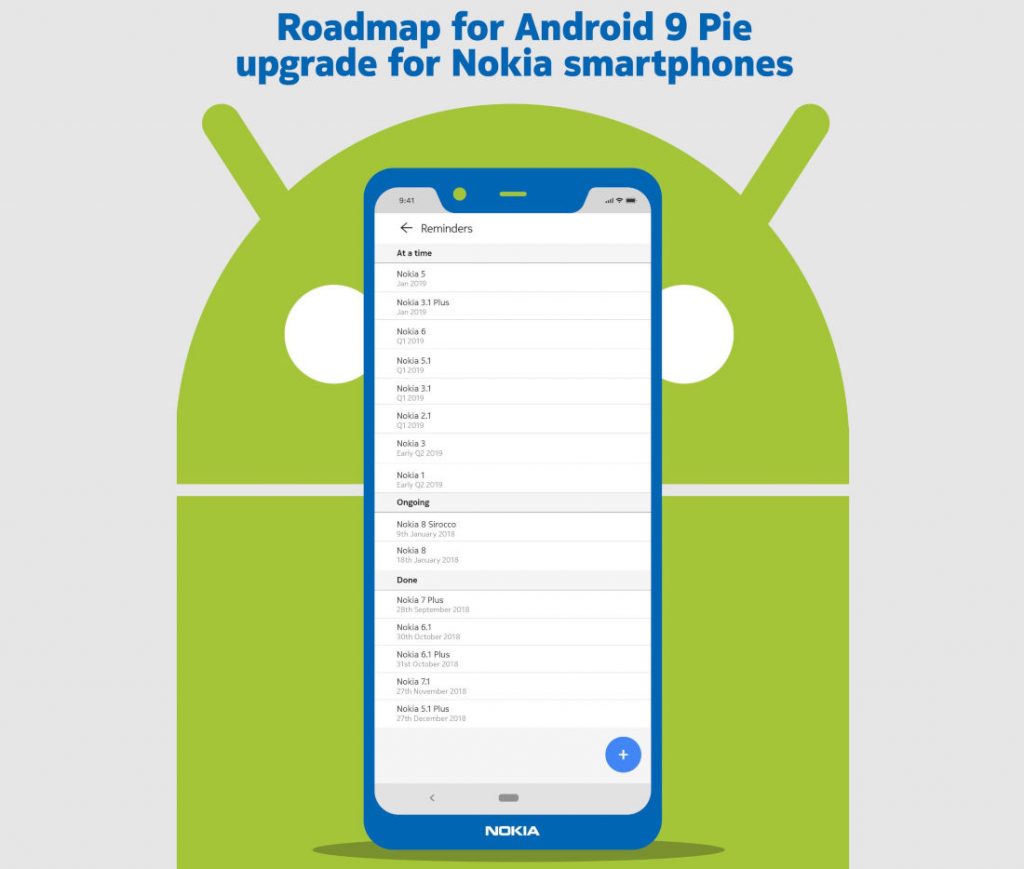 HMD Global started rolling out Android 9.0 (Pie) update for its smartphones beginning from Nokia 7 Plus back in September last year. It finished rolling out the update to Nokia 6.1, 6.1 Plus, 7.1, 5.1 Plus, Nokia 8 Sirocco and most recently, the Nokia 8. Today Juho Sarvikas, chief product officer at HMD Global has confirmed Android Pie update for older Nokia smartphones will begin this January.

The update will begin starting from Nokia 5 and 3.1 Plus later this week, Nokia 6 shortly after as soon it has Dolby implementation complete, and other devices will get the update throughout Q1 and early Q2 2019.

When will Nokia smartphones get Android Pie update?

Nokia 2 that was launched in 2017 running Android 7.1.1 (Nougat) OS is missing from the list. It got Android 8.1 (Oreo) beta last year, but it is yet to get the stable update. HMD Global recently released an infographic explaining process it takes to release the final version of Android Pie to a Nokia smartphone starting from getting the code to mandatory set of  tests.