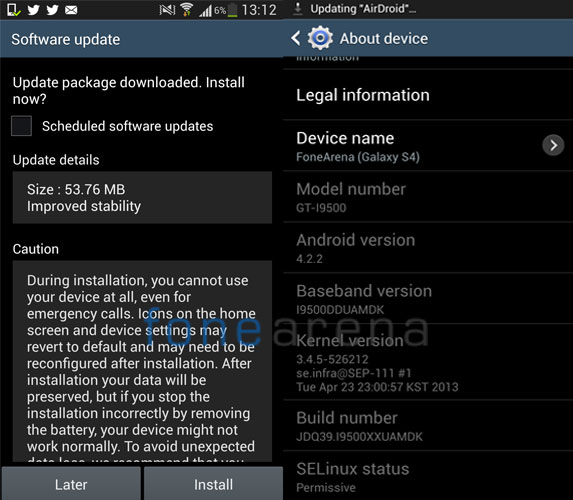 It’s been barely a week since Samsung launched the Galaxy S4 in India and the device has already got a software update via OTA.The update brings stability improvements to the S4 and looks like an initial bug fix update.The phone is already running on Android 4.2.2 and this looks like a low level firmware update and not an OS update. The size of the update is 53.76MB.