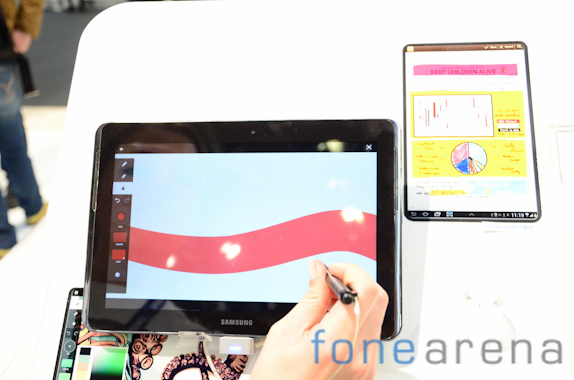 Here is a quick look at the Samsung Galaxy Note 10.1 which was announced recently.

The video shows the different features of the tablet that can be used along with the S Pen. The pen and the tablet use 6 different pressure points to determine the thickness of the lines to be drawn on screen.

The pen can be used to create and erase lines. You have the ability to input text by writing words in your own hand-writing. The tablet then converts your handwriting into text.

Another feature is the ability to calculate mathematical problems using the tablet. For example you enter a formula such as 5 + 3 and the tablet gives you the answer by sensing the equation as 5 + 3 = 8. You press the button at the middle of the stylus to switch between the various screens and modes.