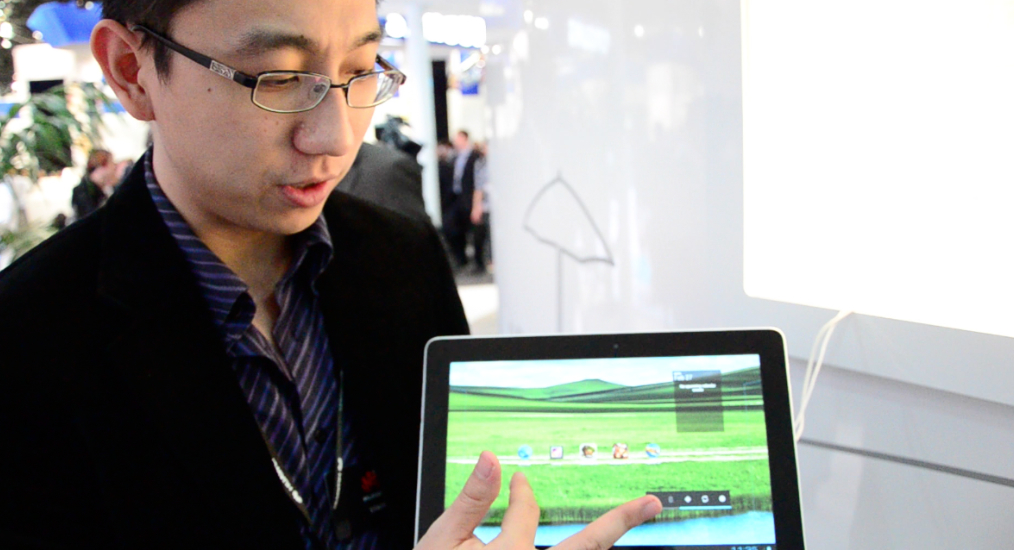 Here’s a quick look at the quad core Huawei MediaPad 10.1 which was unveiled yesterday during the Huawei pre-MWC event.

Huawei have incorporated the MediaPad 7 into their stalls as a method to display the features of their different products.

The specifications of the MediaPad 10.1 are: