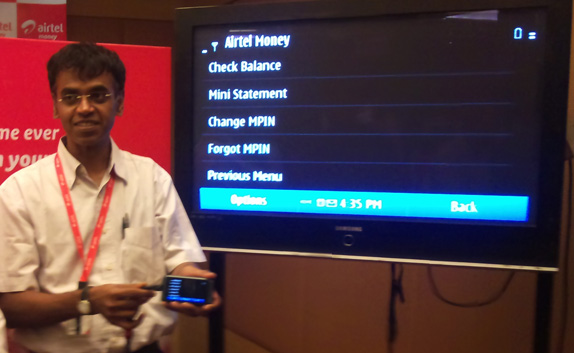 Airtel has launched its mCommerce service – Airtel Money, in Chennai, after the launch in Guragon this January. This lets the Airtel customers to make cashless payment using their mobile phone. Airtel has tied up with 750 merchants across Chennai including, Oriental Cuisines (Benjarong, Zara, Cascade and French Loaf), Univercell, Poorvika, Inox, PVR, Bharti AXA, LIC and more.

Other than retail payments, customers can also recharge any Airtel prepaid number or Airtel DTH, pay Airtel postpaid bills and electricity bills. As a promotional offer, there are special discounts for recharges and bill payments made through Airtel Money that include

To use Airtel money, Airtel customers need to

Airtel plans to roll out the service across other cities in phased manner. To know more about this service Airtel customers can call 12121 (toll-free) from their mobile phone and non-airtel mobile customers can dial 8800012121 or visit airtelmoney.in