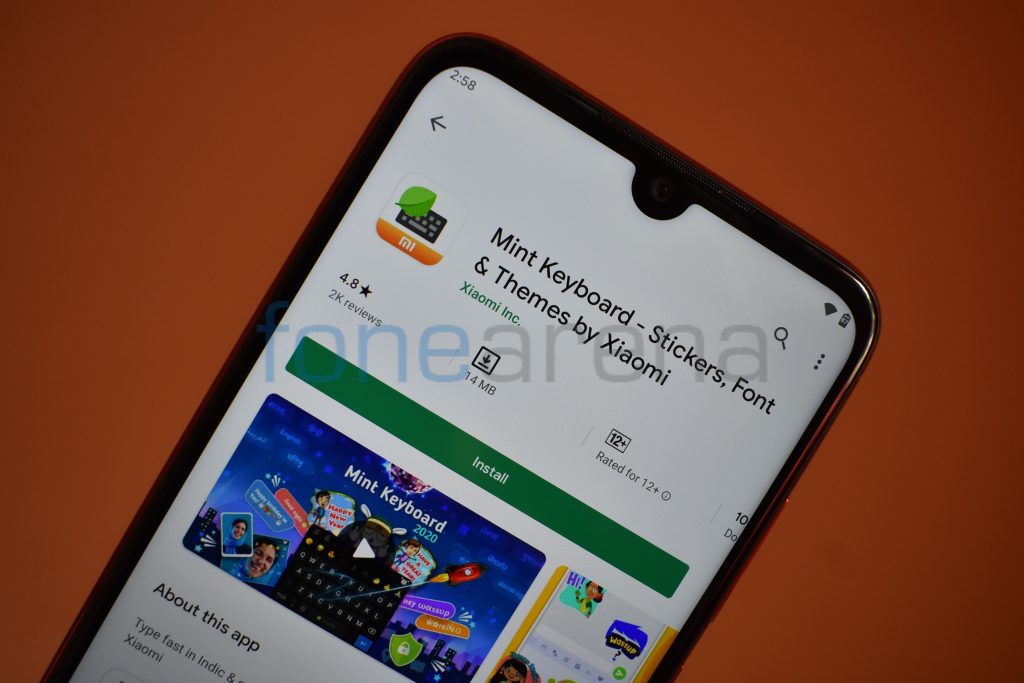 Xiaomi announced Mint Keyboard back in September last year, it is the result of a collaboration between the Chinese giant and popular app Bobble AI. Designed for Indian users, Mint Keyboard aims to enrich the expressions and conversations with the AI engine. It supports 23 Indic languages and has the ability to accurately predict regional languages.

Xiaomi devices running MIUI used to come preloaded with the Facemoji keyboard earlier, but the company recently started preloading Gboard as the default keyboard app on devices running MIUI. Mint Keyboard is deeply integrated with MIUI, be it integration with MIUI Browser, MIUI Calendar or MIUI Themes app.  For example, Mi Calendar showed 2020 New Year stickers that can be downloaded from the Mint keyboard. Apart from this, the upcoming version of Mint keyboard will support native theme integration.

In an interview, Ankit Prasad, Bobble AI app CEO and Founder, revealed that Mint App is officially a part of MIUI 11 and will come preloaded with new Xiaomi devices running MIUI.

Mint App is officially the part of MIUI 11 and is currently being preloaded in various Xiaomi devices across India. While there are over 85 million active Xiaomi smartphones, we are looking at an install base of around 5 million devices initially.

The Mint keyboard app will come preloaded with new Xiaomi devices, but it is available on the Play Store, so existing Xiaomi users can install it on their devices.

Mint Keyboard is also available for existing Xiaomi devices, it can be downloaded from Google Play by anyone including the non-Xiaomi smartphone users. Existing Xiaomi users are able to discover it through their Mi calendar app on important event dates.

He added that the Mint app will collect only minimal data that is needed to improve user experience such as word prediction, emoticon prediction, content prediction and improving autocorrect, but such data will only be collected only after taking users’ consent.

At Mint, we only collect a minimal amount of data needed to improvise user experience. We collect this data only after taking consent of the user. The data collected by us helps in features like word prediction, emoticon prediction, content prediction, and in improving autocorrect. Most of the processing is done on the handset itself, but even when we have to take data to the server for larger processing, we first encrypt and then anonymize it. Such data is kept on the server only for a short period of time.

During the interview, Ankit also told that Xiaomi owns a minor stake in Bobble, but did not disclose particulars. He also added that Bobble is open to working with other OEMs as well in the future to help them build innovative solutions. A couple of months ago, Xiaomi decided to replace MIUI Dialer and MIUI Messaging with Google Phone and Google Messages due to privacy laws and restrictions in some regions.

Which keyboard app do you use on your smartphone, will you be using Mint Keyboard if it comes as default keyboard app on your next Xiaomi device?