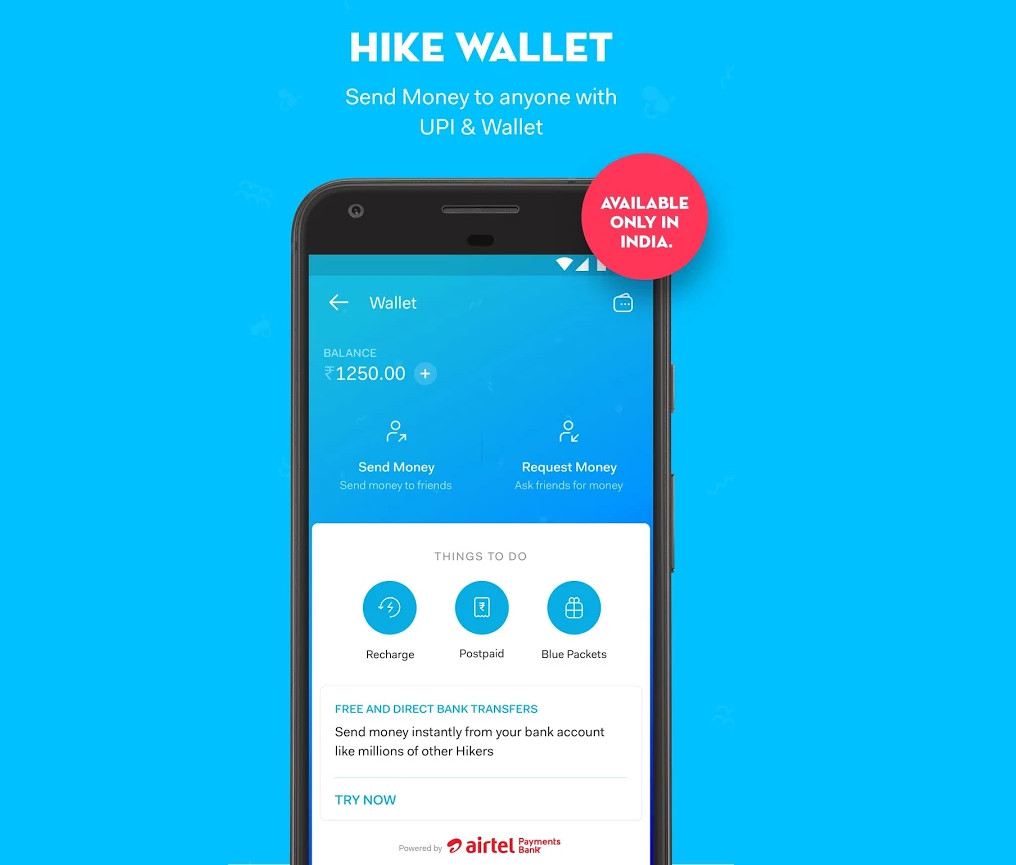 Hike introduced version 5.0 of its Messenger app back in June with new UI along with Hike Wallet to allow users to send and receive money. At that time Hike said that it had tied up with Yes Bank for UPI and wallet service. Today the company has announced its partnership with Airtel Payments Bank to power its Wallet. Hike said that it has over 100 millions users and in just 5 months of launch of Wallet, it has seen over 5 million transactions every month, growing 30% month on month.

Through this partnership, Hike users will have access to Airtel Payments Bank’s vast product line including merchant and utility payments. Airtel Payments Bank recently integrated Unified Payments Interface (UPI) on its digital platform, making it the first payments bank to do so.

We’ve seen tremendous traction on the Wallet over the last few months, most of it being organic. We’re on track for 5M+ transactions this month with only a simple set of services such as Recharge & P2P. As we scale up the number of services on our platform in the coming months, we expect this to grow even faster. In light of the new KYC guidelines, we’re also excited to announced a new partnership with Airtel Payments Bank. This is a great move for our users and it will ensure that they have an uninterrupted service when the new guidelines kick in. We’re excited and we look forward to working with Airtel on supporting this effort to bring more Indians online and enable easy transactional services for them.

We are delighted to partner with Hike to build a world-class digital payments ecosystem by leveraging our vast reach and digital banking infrastructure. The addition of Hike Wallets to our portfolio will position us as one of the largest digital payments platforms in India.