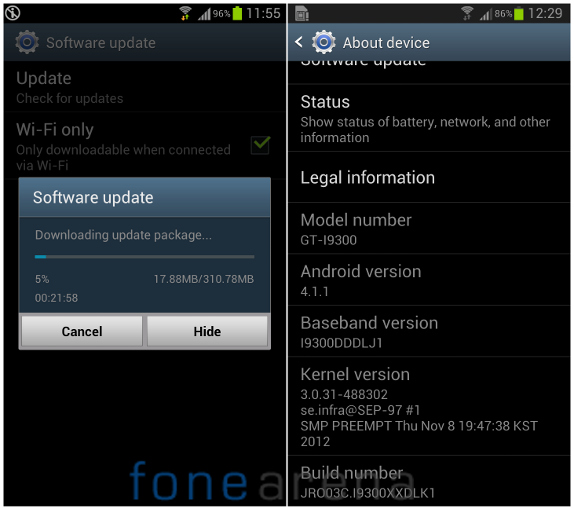 The OTA (Over the Air) update is about 290 MB and is also available via Samsung Kies. You can check for the update manually from the Settings, About, Software update.

Samsung confirmed Jelly Bean update for range of Galaxy smartphones in September. Samsung Galaxy Note might be the next device to get the Android 4.1 update.

[Update: Samsung stopped rolling out the update immediately after we reported, due to technical reasons, but a new Jelly Bean OTA update of about 310MB started rolling out later (added the new screenshot). Those who downloaded the previous update via Kies should get a minor update of about 45MB.]