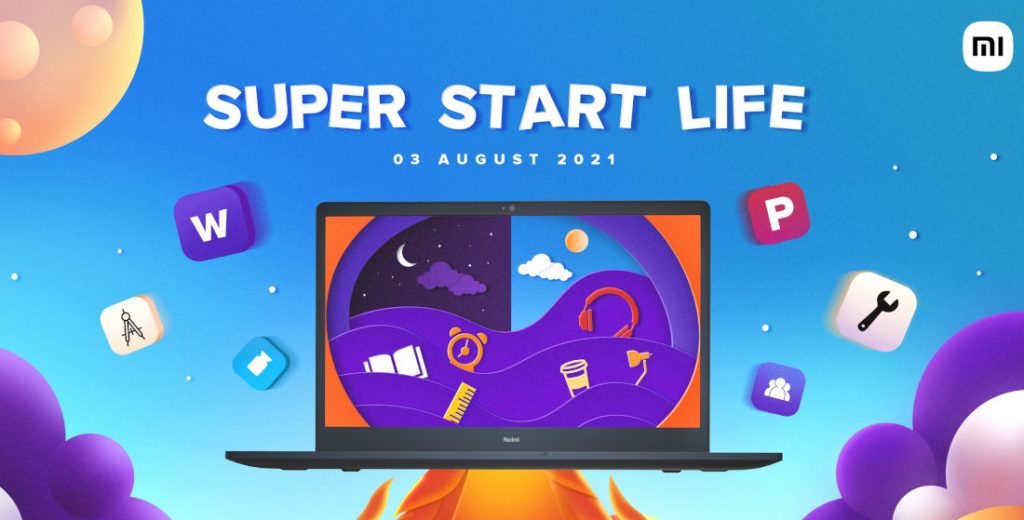 Xiaomi’s Redmi brand has confirmed the launch of the first RedmiBook laptop in India on August 3rd. Xiaomi launched its first Mi Notebook laptop, the Mi Notebook 14 in India, back in June last year. Even though the company had filed RedmiBook trademark in India in January 2020, it took over a year for the company to launch a RedmiBook device in the country.

Regarding the launch, Redmi said:

Last year, Redmi became more than a smartphone brand with a phone-plus strategy. We have launched products that would complement your phone and your lifestyle, like power banks, earbuds, and smart bands. This year, we took a step further and ventured even into the smart television segment. And now, we have something very interesting coming up.

Are you ready to #SuperStart life with #RedmiBook?

Join us on 3rd August 2021 to know more about the product.

The teaser image shows a laptop with a webcam, and huge bezels around the display that doesn’t resemble any products that were launched in China, so it could be a completely new laptop for India. Earlier rumors said that the company will launch the Mi Notebook Pro 14 and Mi Notebook Ultra 15.6 in India soon, but there are no details about the launch yet.

The new RedmiBook laptop will be sold on Flipkart, in addition to mi.com. The company is teasing the colour of the laptop, which will be revealed on July 28th. It will reveal more details in the coming days before it goes official next week.