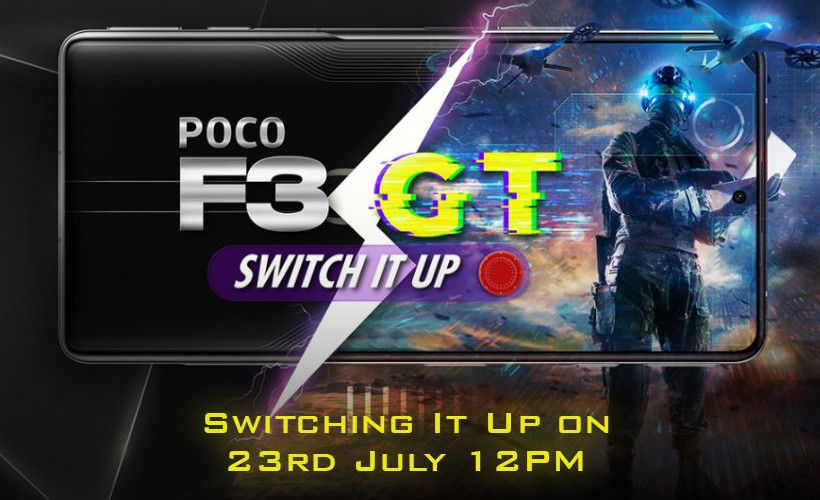 Update:  POCO has confirmed Vapour Chamber Cooling for the F3 GT.  It will feature 8-layered graphite sheets with a super-large vapour chamber to cover all the major components of the device. The liquid cooling system in the POCO F3 GT adopts a new Aerospace-grade heat dissipation material, Boron Nitride, with a built-in “white graphene” layer. 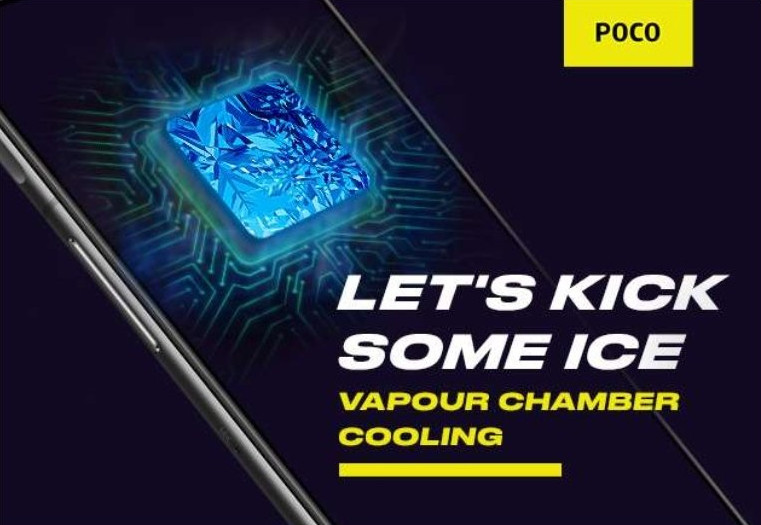 “This not only efficiently dissipates heat for the charging chip, but also offers great insulation to reduce its impact on nearby network antennas,” said the company. It will come with triple microphones and triple Wi-Fi setup that includes  two conventional and one Wi-Fi gaming antenna group. 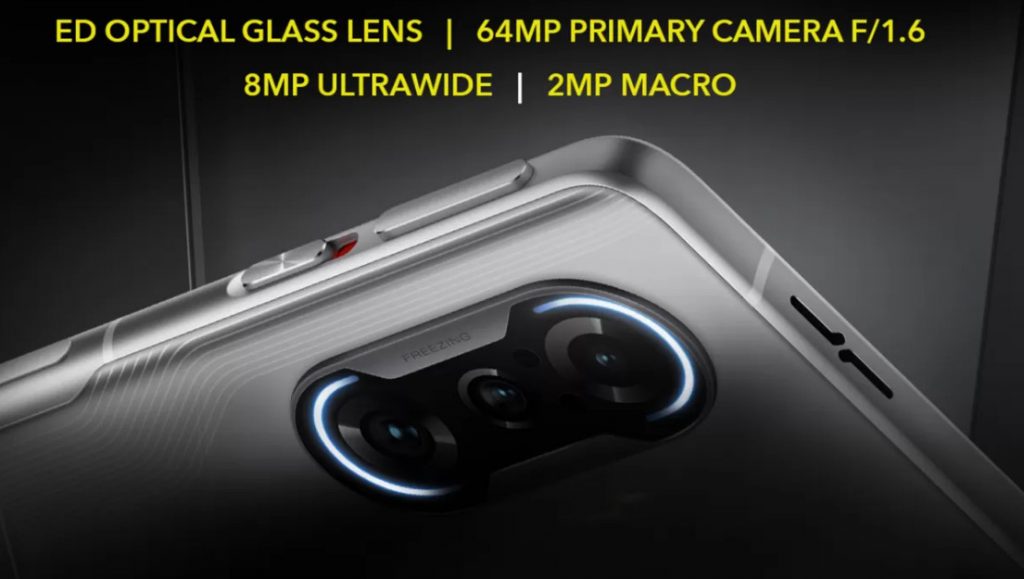 It will come with triple rear cameras that include a 64MP primary camera with f/1.6 aperture, Extra-Low Dispersion optical hybrid glass lens for clearer and crisper shots, 8MP ultra-wide camera and a 2MP macro camera. 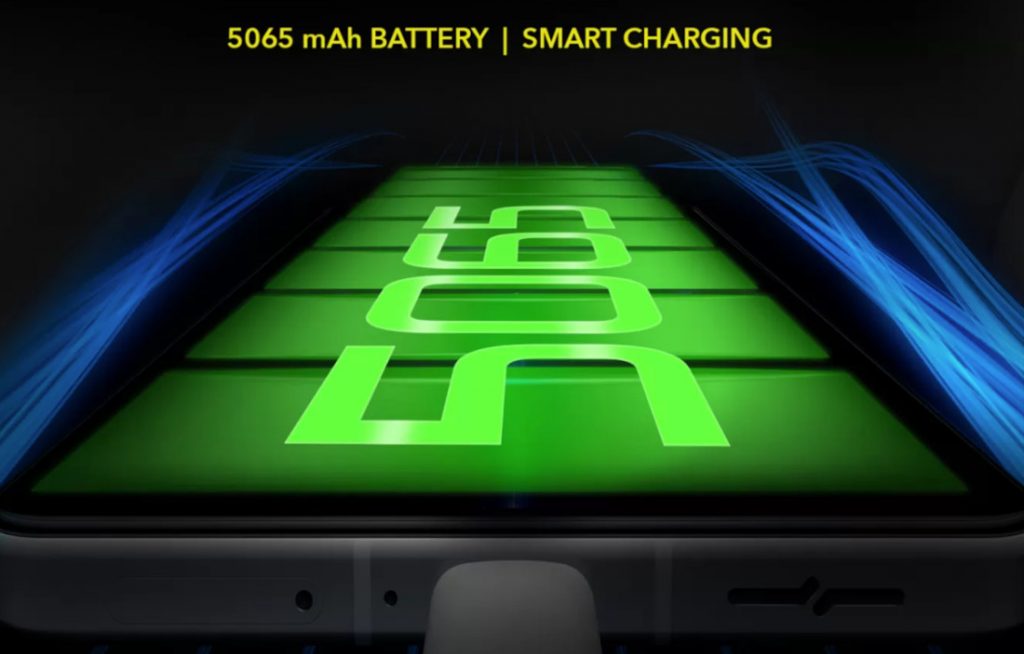 The phone will pack a 5065mAh battery that promises up to 2 days of battery life.

Earlier: After teasers, POCO today confirmed the launch of POCO F3 GT, the company’s top-end F series smartphones in India on July 23rd. As we already know, it will be powered MediaTek Dimensity 1200 SoC, and the image shows magnetic dual-triggers. 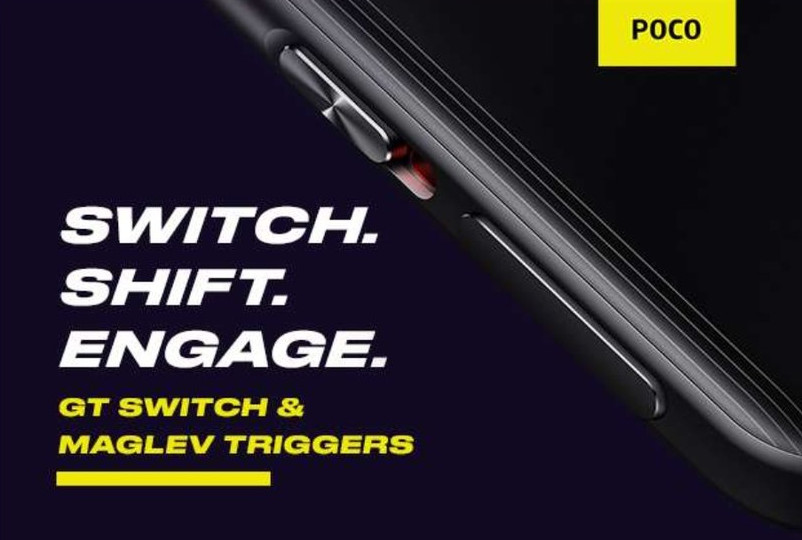 The company said that it will have Maglev Triggers, allowing you to play games using four fingers, instead of only two. Regarding this, the company, said:

With miniature magnetic gaming triggers, the F3 GT offers stable and realistic feedback thanks to its mechanical-magnetic structure, which is inspired from MagLev levitating technology.

The new shoulder buttons are full-fledged tactile keys and not capacitive triggers. Thanks to its mechanical structure, you can now feel those one-tap headshots on your fingertips, offering you a more immersive and wholesome experience compared to the capacitive/default on-screen buttons. It gives you that extra in-game advantage and takes game control experience to a whole new level.

In comparison to traditional mechanical transmission structure, the Maglev Triggers can reduce wear-out in daily use, guaranteeing a lifespan of up to 1.5 Million taps. 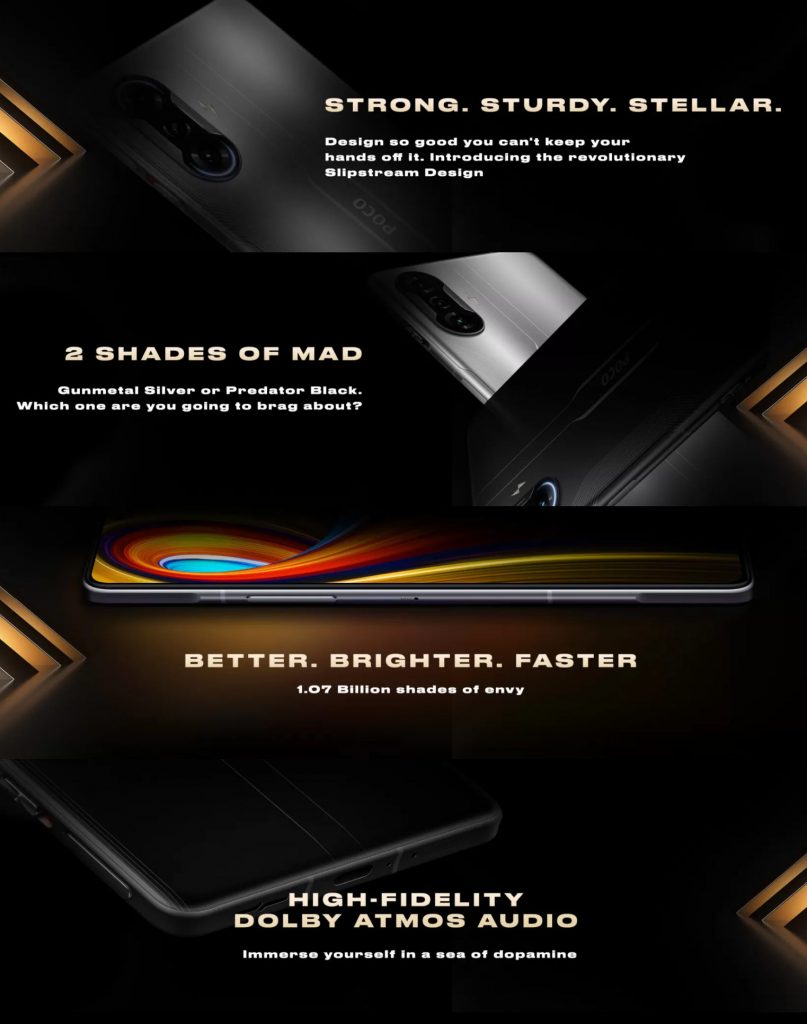 The new teaser shows Dolby Atmos Audio support. The company already confirmed that it will feature a glass body with Slipstream Design and anti-fingerprint matte finish, and an aerospace-grade aluminum alloy frame with three styles of bevels that includes a square bevel on the sides and a concave bevel on the top. It says that the back underwent a 22-step engraving process.

POCO has also confirmed that the phone will feature an 10-bit AMOLED display with a 120Hz refresh rate and support for HDR 10+, DC Dimming. It will be available in two colour options – Gunmetal Silver with unique hues of metallic silver and blue-ish grey and Predator Black, a blend of rich, dark, black. To remind you, we already know that this will have the same specs as the Redmi K40 Gaming Edition, which was launched in China back in April.

The POCO F3 GT will be sold on Flipkart, and we should know more details about the phone in the coming days.