After teasers Xiaomi’s Redmi brand has confirmed that it will launch a new smartphone in India on February 11th on Amazon.in. Since it has ‘Smart Desh Ka Dumdaar Smartphone’ tag, this will likely be the Redmi 9A, successor of Redmi 8A which was launched back in September last year. In the first set of teasers the company has confirmed dual rear cameras for portrait shots, first in the Redmi A series phone, 5000mAh battery, similar to Redmi 8A, so we can expect Type-C and fast charging as well. It also confirms patterns on the back for a better grip, again similar to the Redmi 8A. 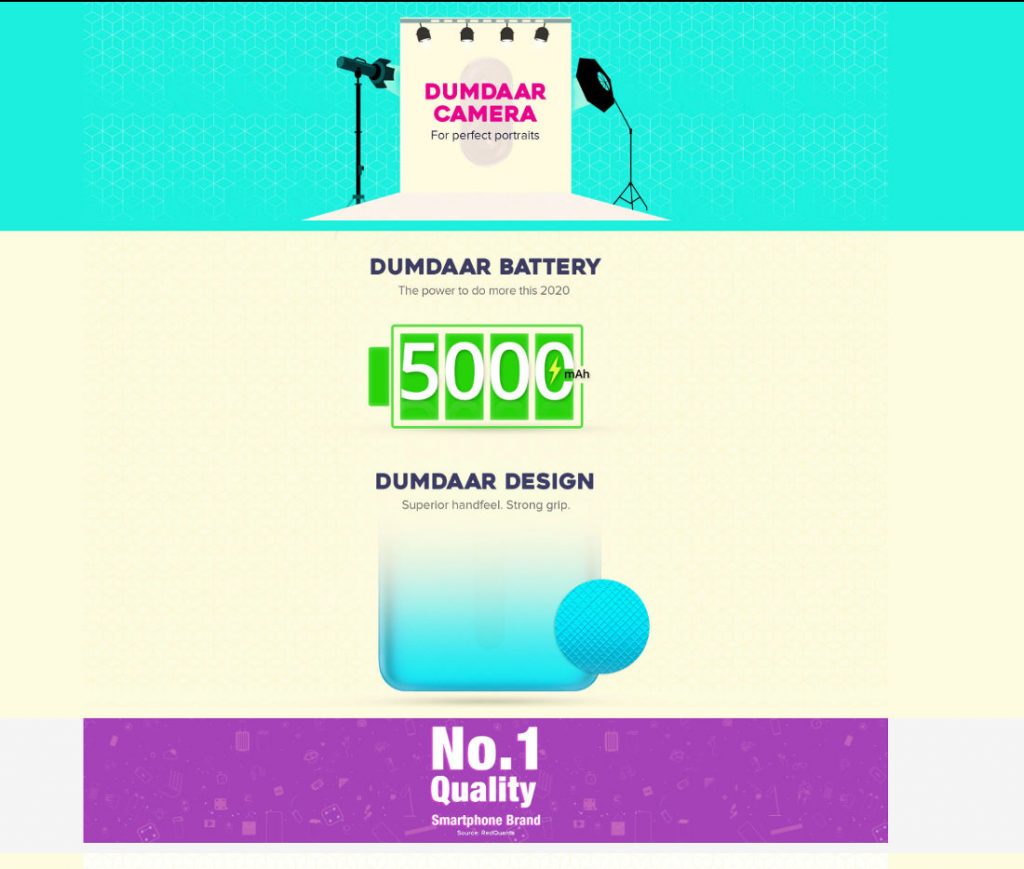 The company also says it will launch a new category alongside, which could be a power bank, looking at the teaser image.

Even the Xiaomi India head, Manu Kumar Jain has confirmed there are two surprises.

Brace yourselves for the first #Redmi launch of 2020, launching on 11th Feb, 12 noon! 🤩 #MorePowerToRedmi

Not 1️⃣ but 2️⃣ amazing surprises are coming your way! 🙌

The phone could be powered by Mediatek Helio G70 or the latest Helio G80 processor, but it is not expected to come with a rear-mounted fingerprint scanner.