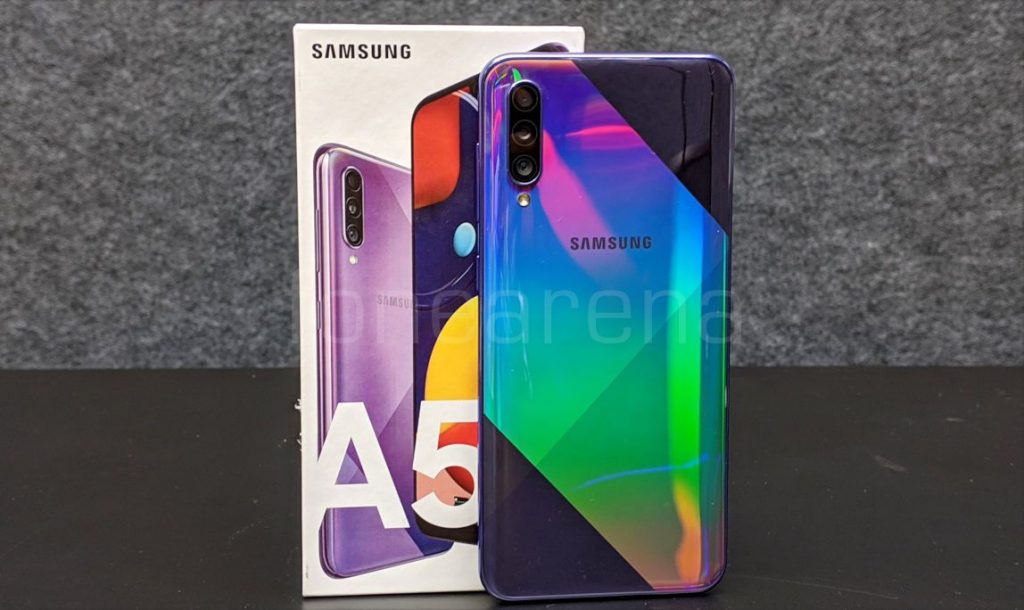 Samsung launched the Galaxy A50s (SM-A507) smartphone in India few days back, after the launch of  Galaxy A50 (SM-A505) earlier this year with upgraded cameras, more storage and also a new design. We got hold of the phone recently, check out the first impressions. Also, check out the unboxing video from our FoneArena Tamil channel. 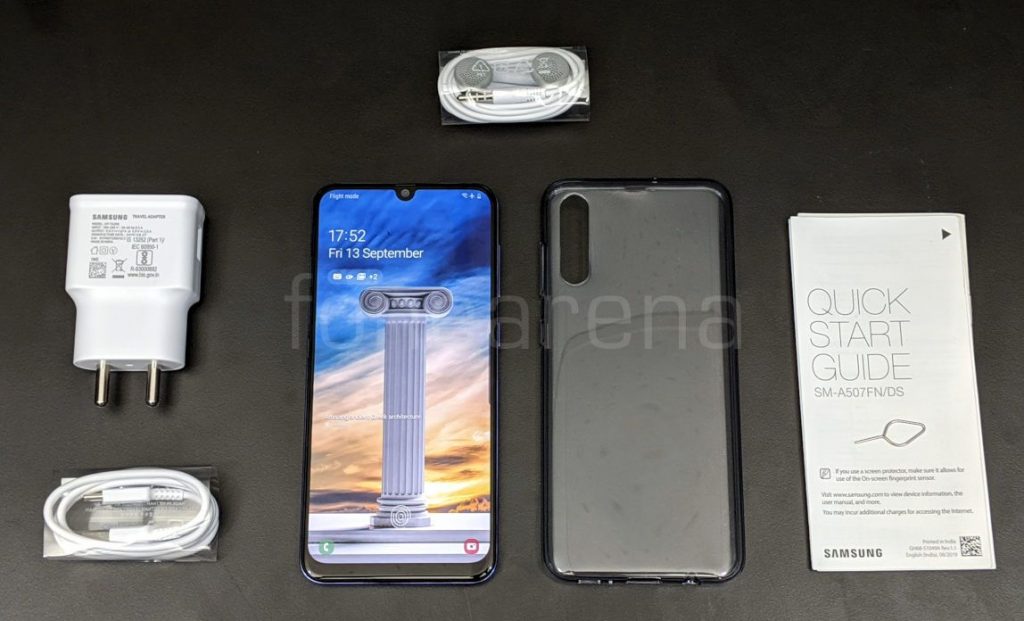 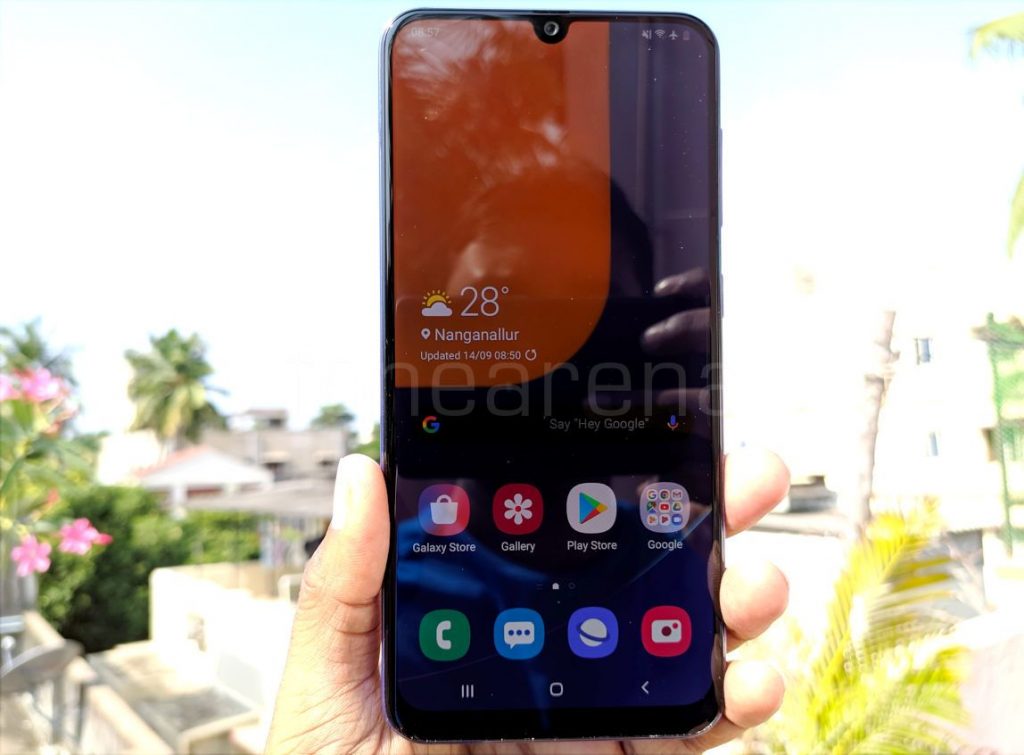 The A50s has the same 6.4-inch Full HD+ Infinity-U Super AMOLED display, but this is powered by the latest Exynos 7 Series 9611 10nm processor with Mali-G72MP3 GPU capable of playing PUBG in HDR Ultra graphic settings, has 6GB of RAM and runs Android Pie with Samsung One UI 1.5 on top. It also has support for NFC and Samsung Pay support, compared to Samsung Pay mini in the predecessor, but card payments through NFC is only up to Rs. 2000, says the company. 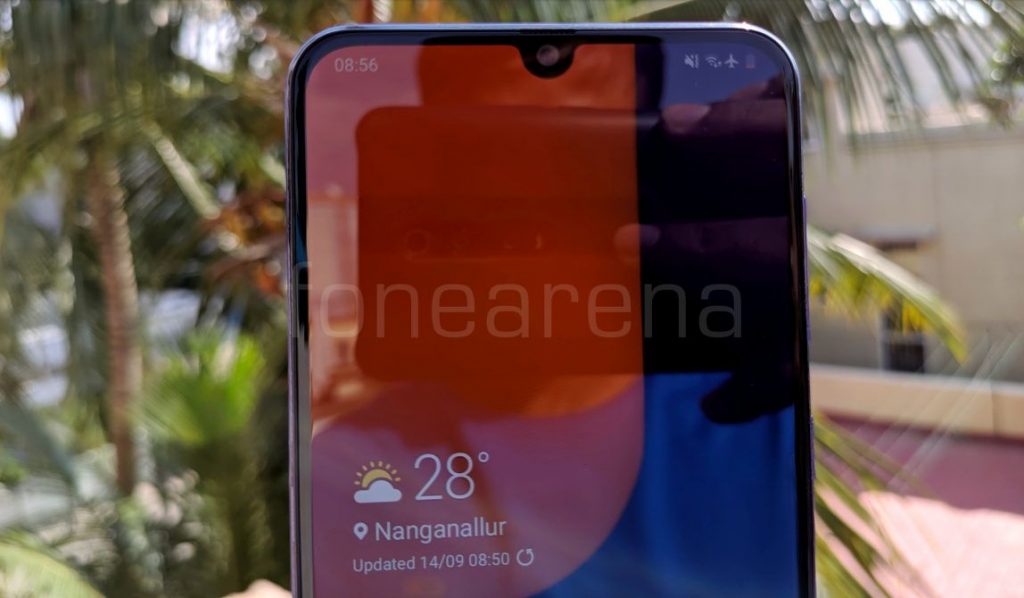 It has dedicated dual SIM and microSD slots on the left, arranged in a single tray. On the right there is a power button that doubles up as a bixby key and the volume rockers is present above it. On the top there is a secondary microphone. On the bottom there is a 3.5mm audio jack, USB Type-C Port, primary microphone and a loudspeaker grill. 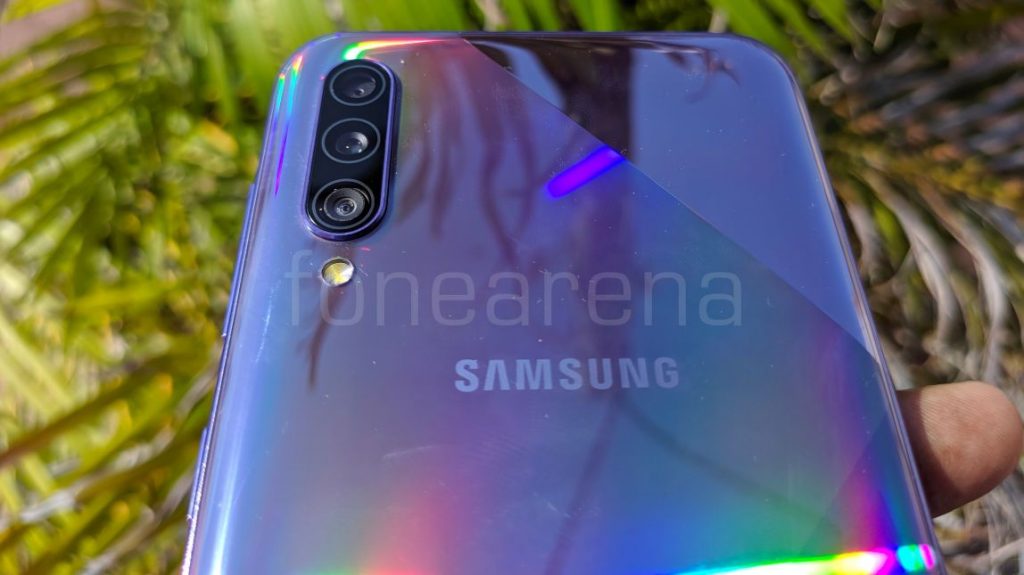 As for the camera, it has triple rear camera setup which consists of a 48MP Sony IMX582 sensor with LED flash, f/2.0 aperture, 5MP depth sensor with f/2.2 aperture for Live Focus, 8MP 123-degree ultra-wide angle camera with f/2.2 aperture. It is 7.7mm thick, weighs 169 grams and packs a 4000mAh battery with 15W fast charging, same as the predecessor. 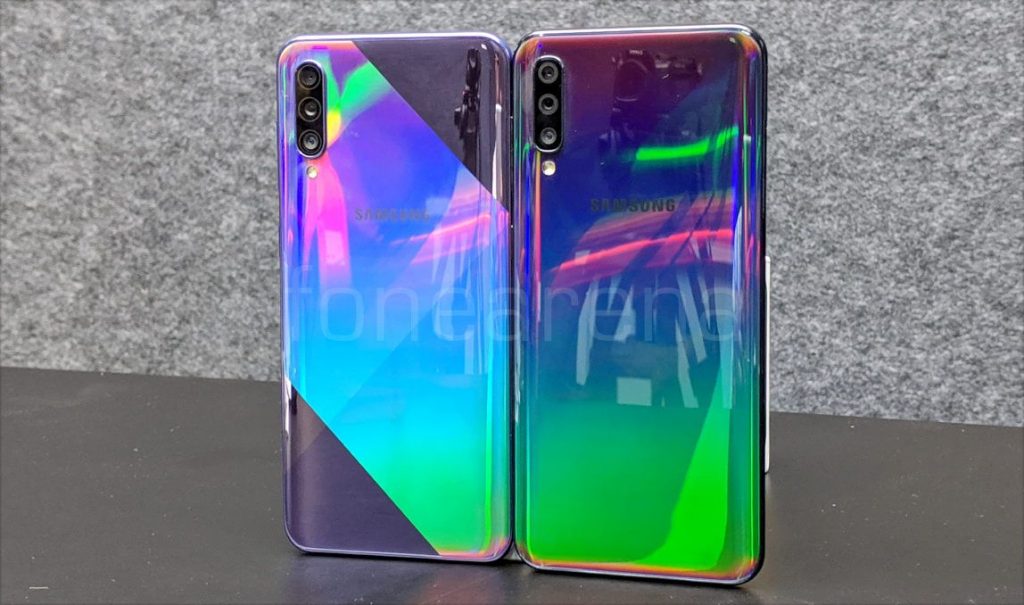 It has a geometric pattern and holographic effect on the back, compared to standard gradient back in the A50. It attracts fingerprint easily, so you have to use the bundled protective case.