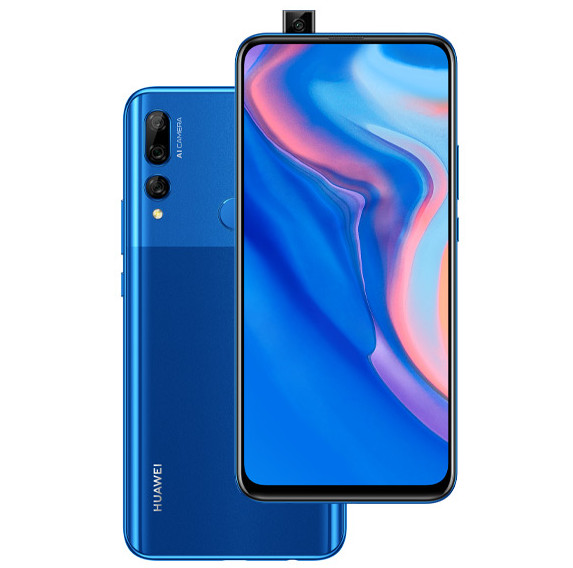 Earlier: HUAWEI is gearing up to launch a new pop-up camera phone in India later this month. This will be the company’s first phone with pop-up front camera in the country. This could be the Y9 Prime 2019 that was introduced back in May, before it was introduced as P Smart Z in Europe.

To remind you, the HUAWEI Y9 2019 packs a 6.59 inch FULL HD+ TFT LCD screen, is powered by an octa-core Kirin 710 12nm processor and comes in 4GB RAM + 64GB/128GB internal storage options. With regards to the optics, the Y9 Prime 2019 sports a triple rear camera setup and dual front camera setup. The rear camera is a combination of a 16-megapixel primary sensor, an 8-megapixel secondary ultra-wide sensor and, a third 2-megapixel depth sensor. The front camera is a 16MP fixed focus pop-up camera.

The phone is expected to be launched for less than Rs. 20,000. We should know the launch date in the coming days.