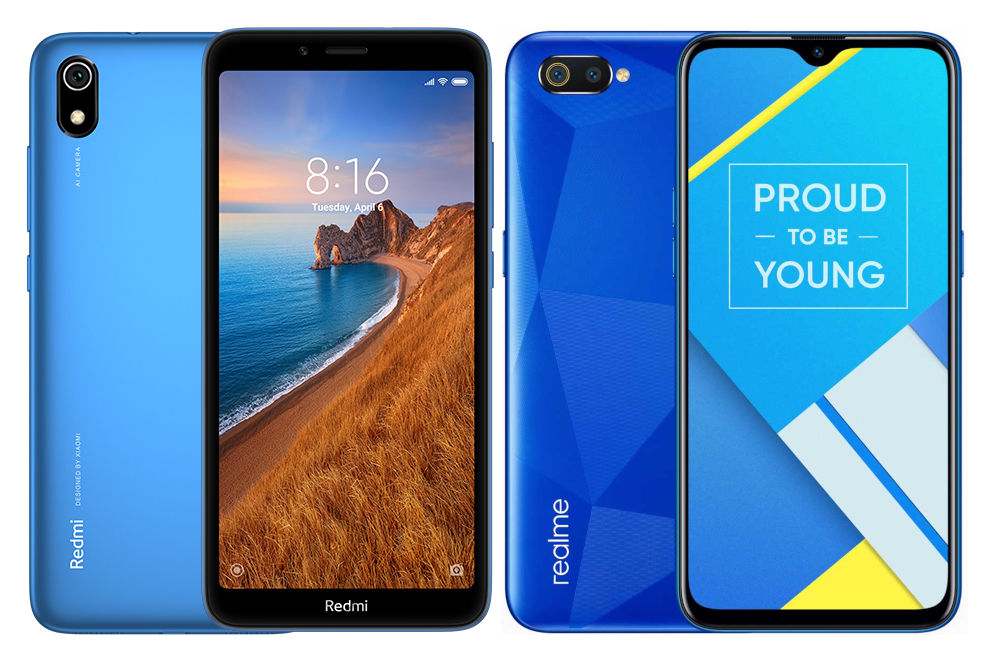 Just after the Redmi 7A launch in the country, Realme India CEO took it to Twitter to compare Realme C2 with ‘Smartphone A’ in a couple of tweets and referred to Realme C2 as ‘Desh ka Real Choice’ which was launched back in April. The specifications of the ‘Smartphone A’ in Madhav’s tweets resemble that of Redmi 7A, which Xiaomi is promoting as ‘Smart Desh ka Smartphone’. 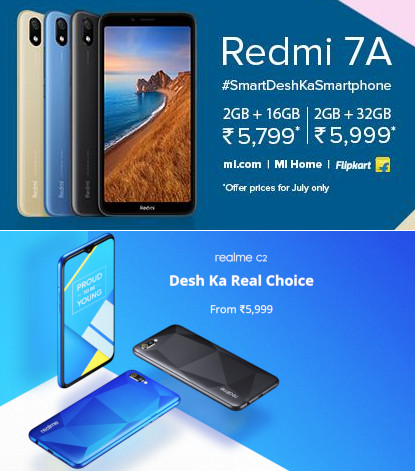 Check out the tweets below,

What should a real value king have? The smart shall not choose a “2 Years Old” single camera. #DeshKaRealChoice pic.twitter.com/UvNNjcZIcW

This is not the first incident when such comparisons are made between Realme and Redmi products, before the Realme 3 Pro launch back in April, Madhav posted a tweet regarding the inability of a Pro device to run Fortnite, which was indeed Redmi Note 7 Pro.

How about playing #Fortnite on #realme3Pro? I believe #realme3Pro will be the 1st in its segment that can directly support it. Tried to play this game on some latest “Pro” devices but none of them could manage. When it comes to speed, chipset matters.
RT to win 1 Rm3pro. pic.twitter.com/j5SKOrXA2g

Recently a brand has started talking about Qualcomm SD 710.

SD 675 is the latest one: 16% faster than SD 710!! Check out Antutu scores.#WhyLaunch1YearOld? RT if you agree. pic.twitter.com/avhrMbgq4n

The story did not end there and since then, Manu can be often seen tweeting about the Snapdragon 710. A couple of times he referred to Snapdragon 710 as a new Snapdragon 625, to remind Snapdragon 625 is almost a 3-year-old processor which Xiaomi used in multiple devices released in 2017-18.

RT 🔄 if you are excited. Any guesses which phone is it? 😎#Xiaomi ❤️ #Redmi pic.twitter.com/8sxCOKGdZl

Realme and Redmi are all set to launch their latest offerings Realme X and Redmi K20, K20 Pro in the country this month, Realme X launch event is scheduled for July 15th. Xiaomi is organizing Mi Pop on July 17th, and we can expect the company to launch Redmi K20 series around that. Realme X sports Qualcomm Snapdragon 710 SoC, Realme India CEO Madhav had hinted towards some specification change for the Indian variant back in May, but we hear that they will likely stick to Snapdragon 710 SoC.

#realmeX may not necessarily launch at the same specs in India.

We are planning to have an #realmeXIndian version and
pricing maybe around 18k.

Apart from Garlic and Onion, 😊

we will also have one more special variant for India.👍
RT and Guess?

Realme has already announced that it is bringing Realme X Spiderman Edition to India and it would be interesting to see if Xiaomi will bring recently unveiled Redmi K20 Pro Avengers Edition to the country. The smartphone companies and officials may take a few swings on each other but such competition is always good for end consumers, as it leads to the development of great products.