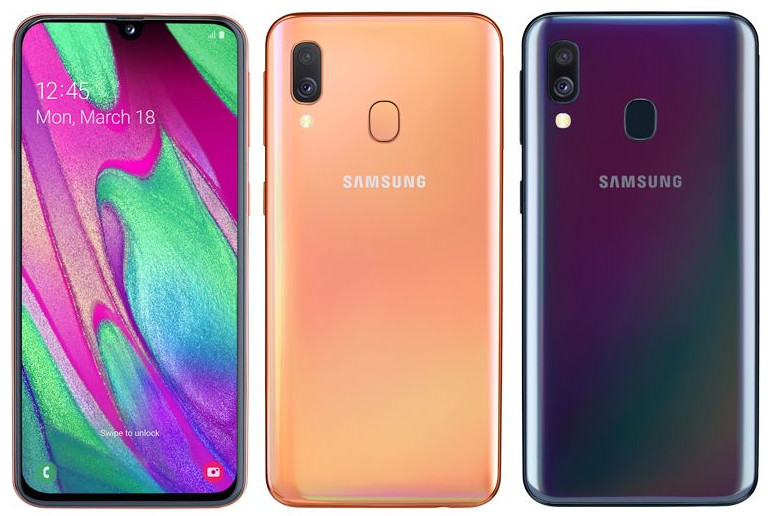 After the press shots surfaced yesterday, Samsung  Galaxy A40 (SM-A405F) has been listed on an online site in Europe revealing the complete specifications of the phone. This reveals a 5.9-inch Full HD+ Infinity-U Super AMOLED display, Exynos 7885 octa-core 14nm processor with 4GB of RAM, Android Pie, 16-megapixel rear camera along with a 5-megapixel Ultra Wide-angle lens and a 25-megapixel front camera. 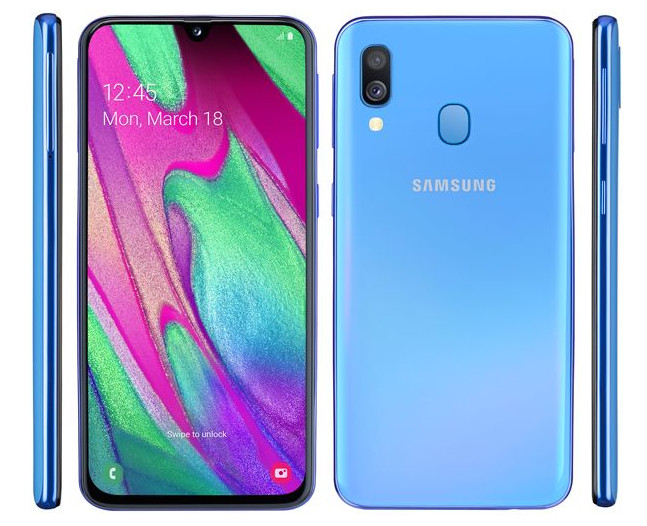 The Samsung Galaxy A40 will come in Black, Blue, White and Orange colors, is listed for 249 Euros (US$ 282 / Rs. 19,520 approx.) and is expected to go on sale starting April 10th in Europe. We should know the details of its global roll out soon. Now the A20 and A40 are official, Samsung is expected to introduce top-end Galaxy A series phone at an event on April 10th.