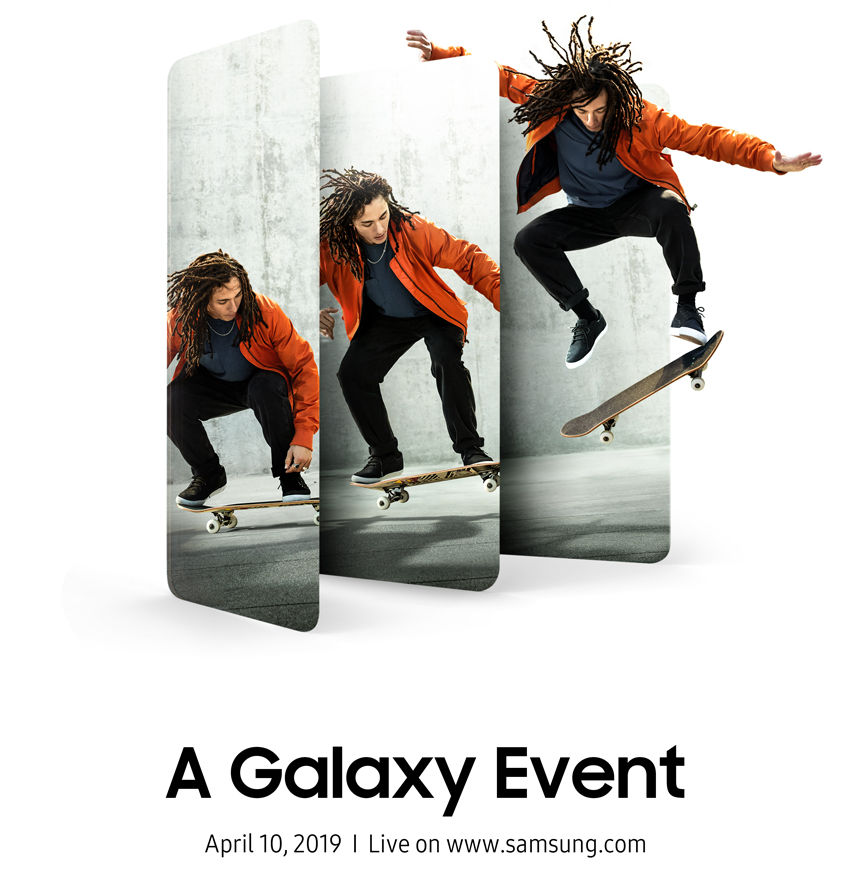 Samsung just scheduled an event on April 10th to introduce new Galaxy A Series smartphones in Bangkok, Milan, and Sao Paulo. It says that the new Galaxy A devices are designed for the way we communicate in the Era of Live. The company is expected to introduce Galaxy A90, Galaxy A40 and Galaxy A20 / A20e smartphones that surfaced recently on its UK website recently.

The company recently launched the Galaxy A50, A30 and A10 smartphones in India. Recent rumors revealed that the Galaxy A90 (SM-A905F) will feature a no-notch design, instead it will come with a pop-up camera. Other rumors say that it will come with a sliding camera that would also let you rotate it to be used as front and rear camera. It is said to pack up to 8GB of RAM and will likely come with an in-display fingerprint sensor like the A50.

The Galaxy A40 (SM-A405F) is said to be powered by Exynos 7885 SoC with 4GB of RAM and run Android Pie. We still don’t have any specifications of the Galaxy A20 (SM-A202F) / A20e, but we can expect an Infinity-V display, similar to the A10. We should know more details about the phones in the coming weeks.