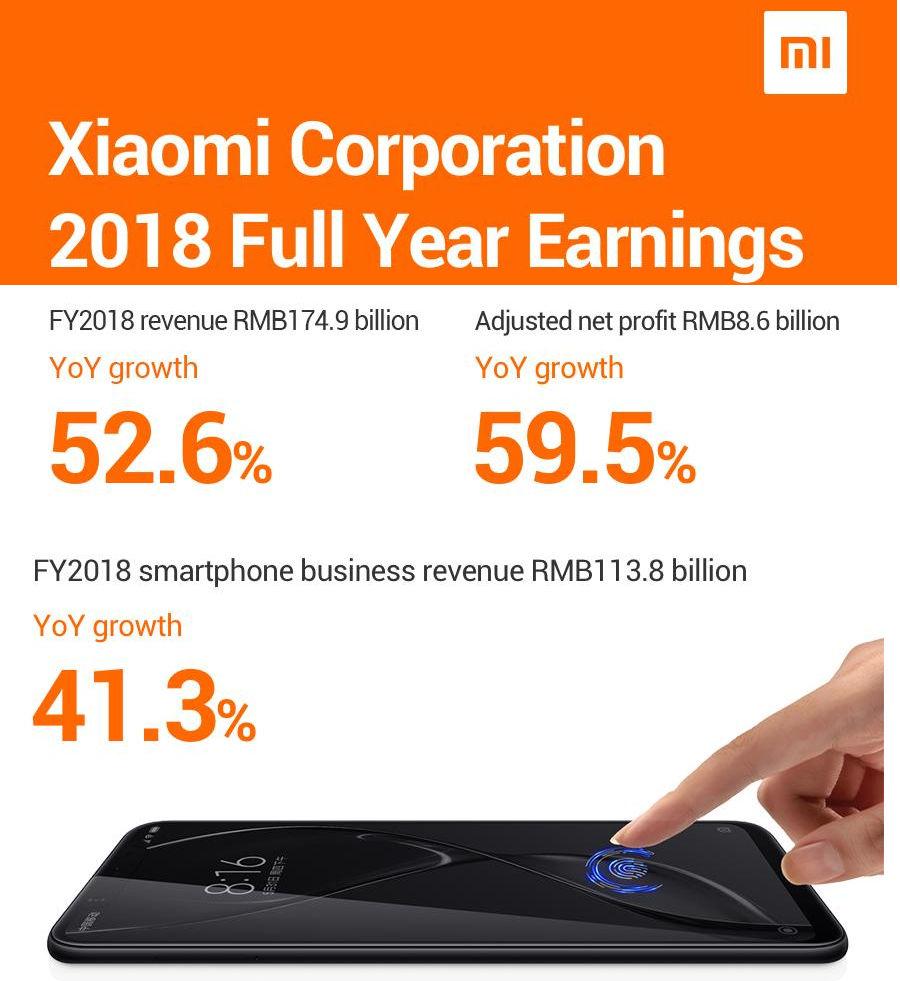 Smartphones segment posted 113.8 billion yuan (US$ 16.95 billion) revenue for 2018 up 41.3% year over year, mainly driven by notable grown in both smartphone sales volume, and the average selling price (ASP).  Smartphone shipments reached 118.7 million units, up 29.8% over the previous year.