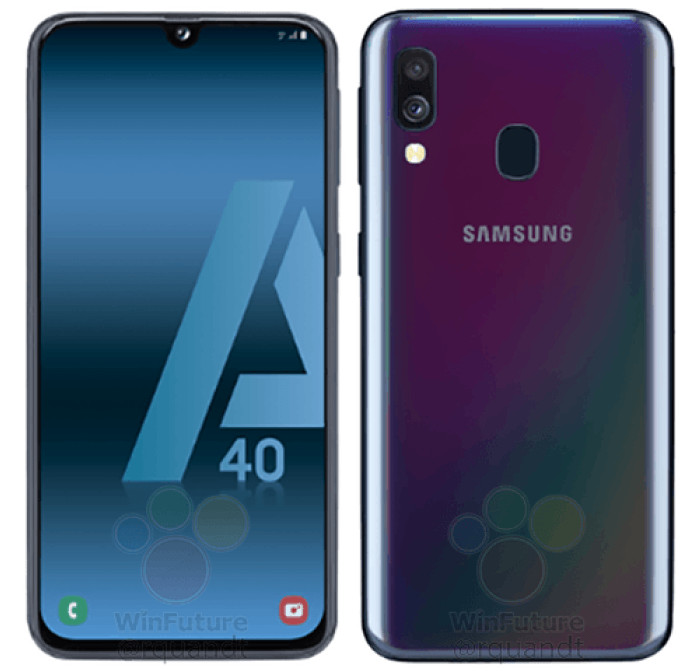 Samsung announced that it will introduce new Galaxy A series smartphones at an event on April 10th. Now the press renders of the Galaxy A40 (SM-A405F) smartphone has surfaced showing the phone’s Infinity-U screen with minimal bezels, and it will likely be a Super AMOLED screen, similar to the Galaxy A30. It also shows dual rear cameras, which should be a standard lens along with an ultra-wide angle lens. It has a gradient finish on the shiny back. 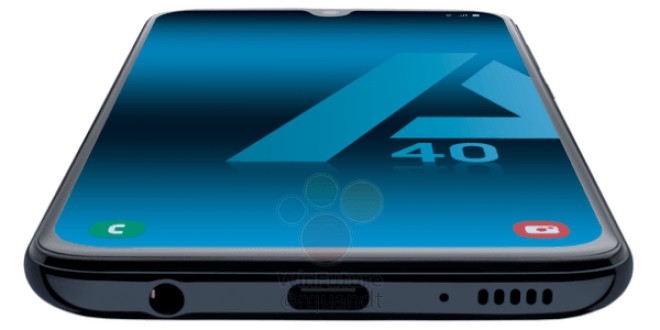 There is a rear-mounted fingerprint sensor, USB Type-C Port, and it is expected to pack a 4000mAh battery with support for fast charging. Earlier rumors

Earlier rumors revealed Exynos 7885 SoC with 4GB of RAM, 64GB internal storage and Android Pie for the smartphone. It is expected to come in Black, Blue, Gold and White colors. We should know more details and also get the images of the other two smartphones in the coming weeks.