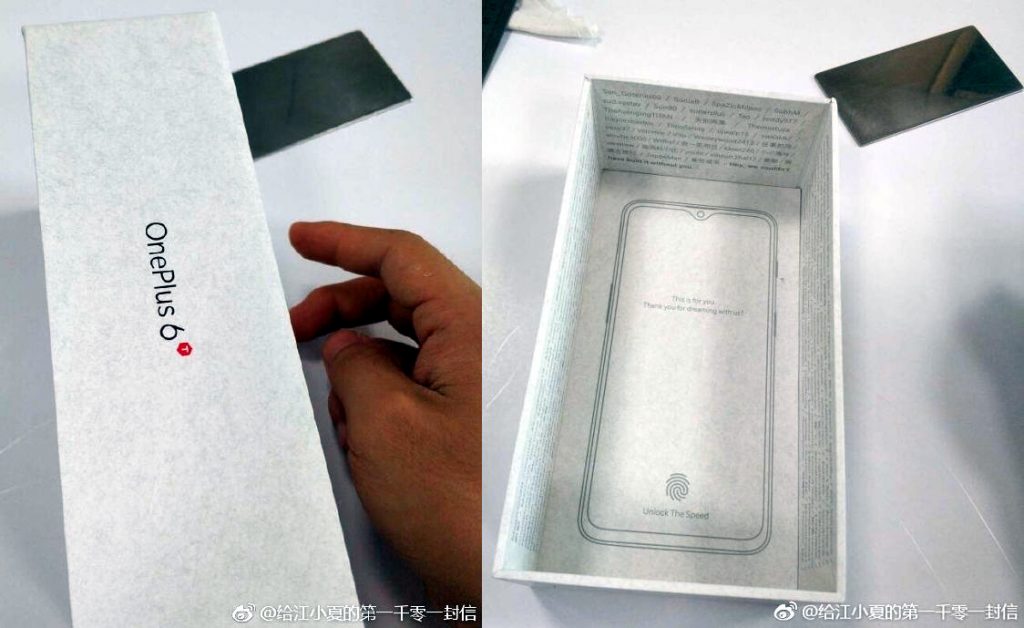 After certification in Russia recently with the model number A6013, OnePlus 6T box has surfaced in China. This reveals waterdrop notch on the front and an in-display fingerprint sensor, similar to the OPPO R17 / R17 Pro that were introduced in China last month.

The box has Unlock The Speed text on the side and on the inside. There is a OnePlus branding and the number ‘6’ on the outside, similar to the box of the OnePlus 6.

The OnePlus 6T could sport a large 6.4-inch AMOLED display and powered by the same Snapdragon 845 SoC with up to 8GB of RAM. It is said to pack 128GB of internal storage, but there could also be a 256GB variant. It is not clear if OnePlus will adopt dual rear cameras as the R17 or go for triple camera setup like the R17 Pro. It is said to pack a large 3700mAh battery which is a significant upgrade from the OnePlus 6 which has a 3300mAh battery.

For the first time OnePlus is rumored partner with T-Mobile network in the US for the OnePlus 6T which is expected to launch in October. We should get to know more details in the coming months.