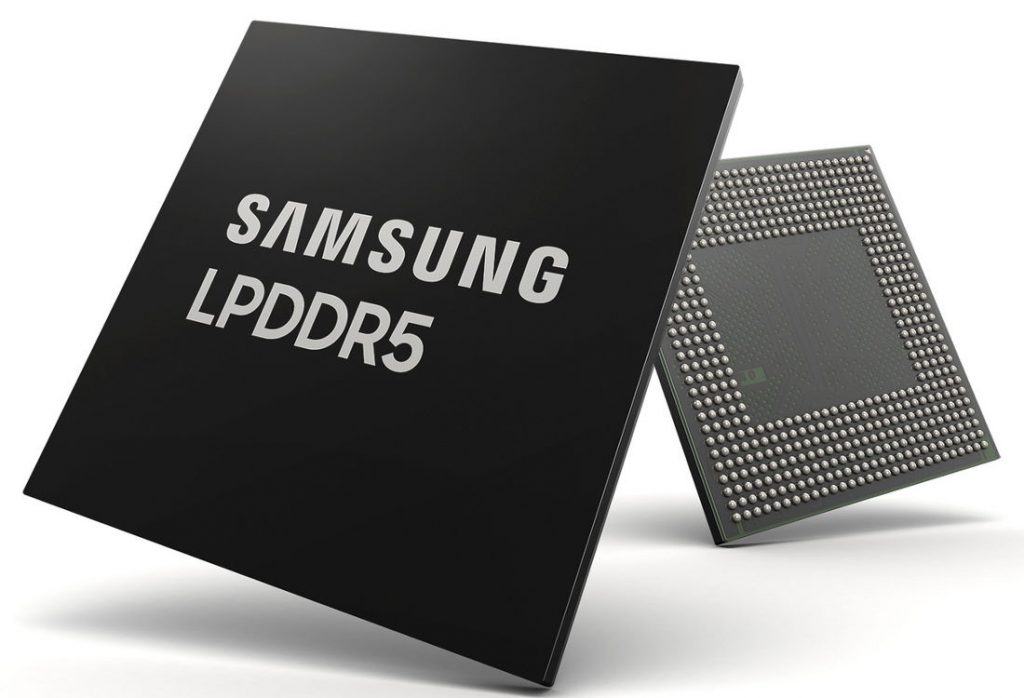 Earlier this year Samsung introduced the first 10nm-class 16Gb GDDR6 DRAM as well as 16Gb DDR5 DRAM. Today the company has introduced the first 10-nanometer (nm) class 8-gigabit (Gb) LPDDR5 DRAM as the successor to the 8Gb LPDDR4 DRAM that was introduced back in 2014 and 8GB LPDDR4 RAM mass production started in 2016. Samsung said that LPDDR5 standard will be used in upcoming 5G and Artificial Intelligence (AI)-powered mobile applications.

Samsung said that it has completed testing and validation of a prototype 8GB LPDDR5 DRAM package, which is comprised of eight 8Gb LPDDR5 chips. Samsung said that it plans to begin mass production of its next-generation DRAM lineups (LPDDR5, DDR5 and GDDR6) in line with the demands of global customers. We might not see the 8GB LPDDR5 in the flagship Galaxy Note9 smartphone that will be unveiled next month, but we can see it in the Galaxy S10 that is coming in February next year.