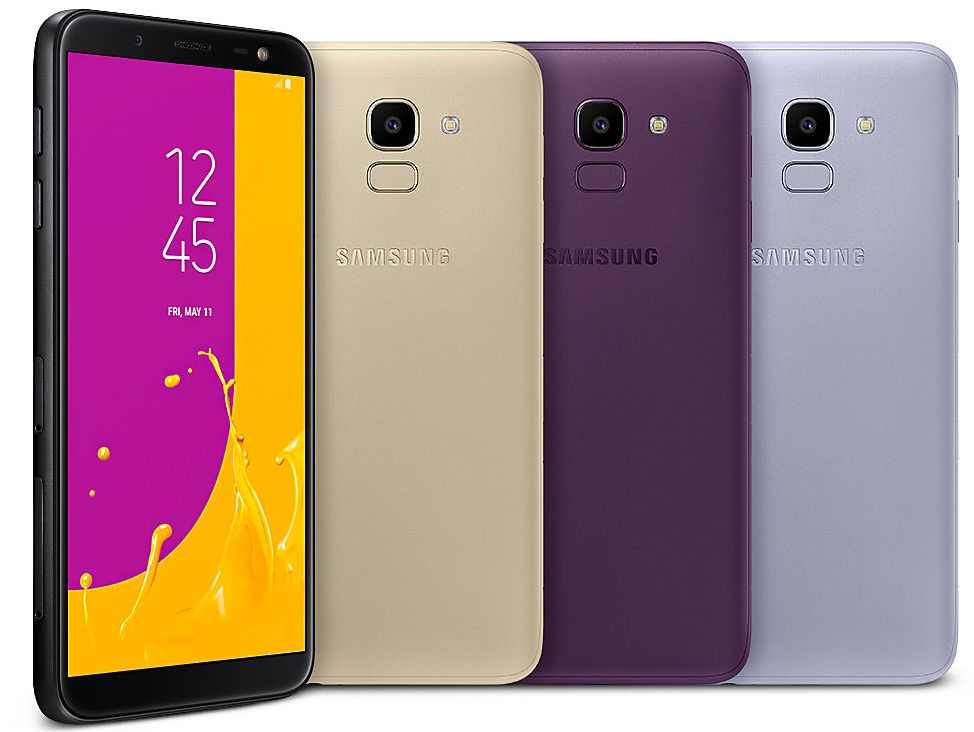 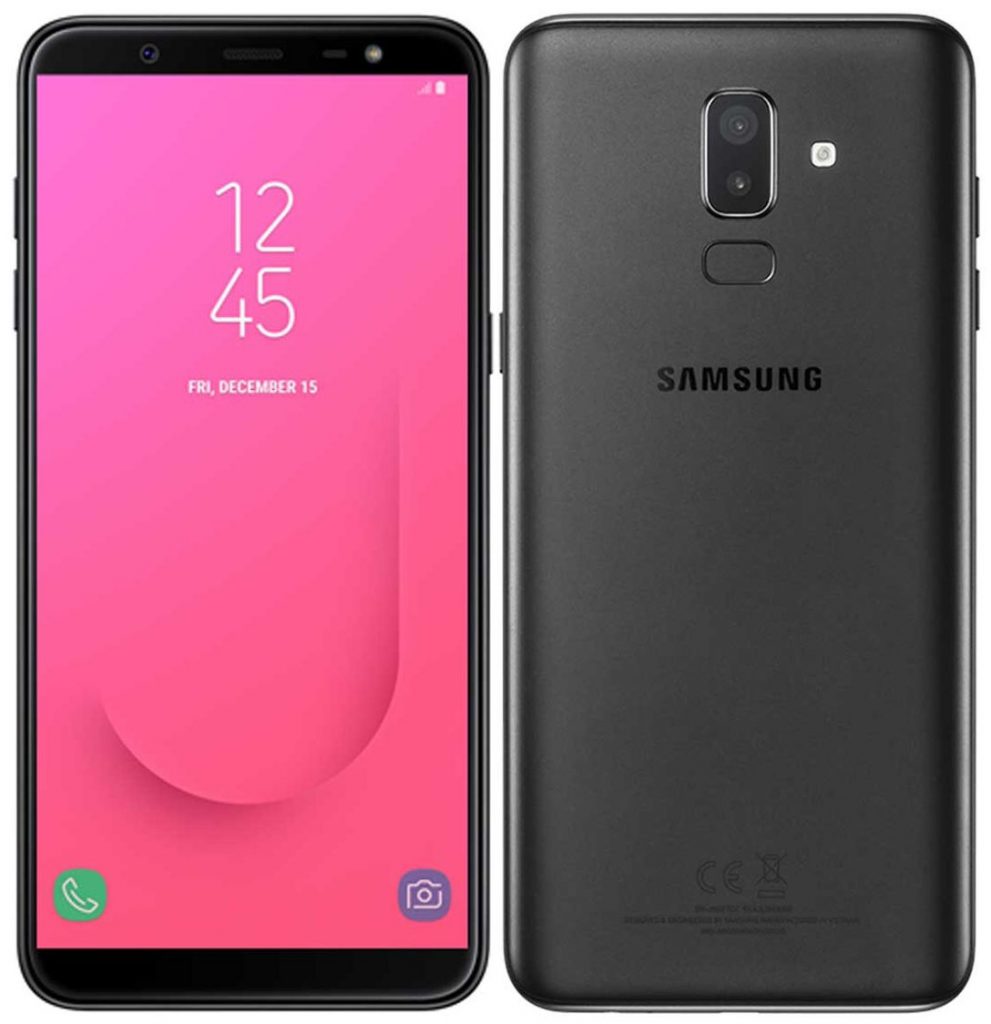 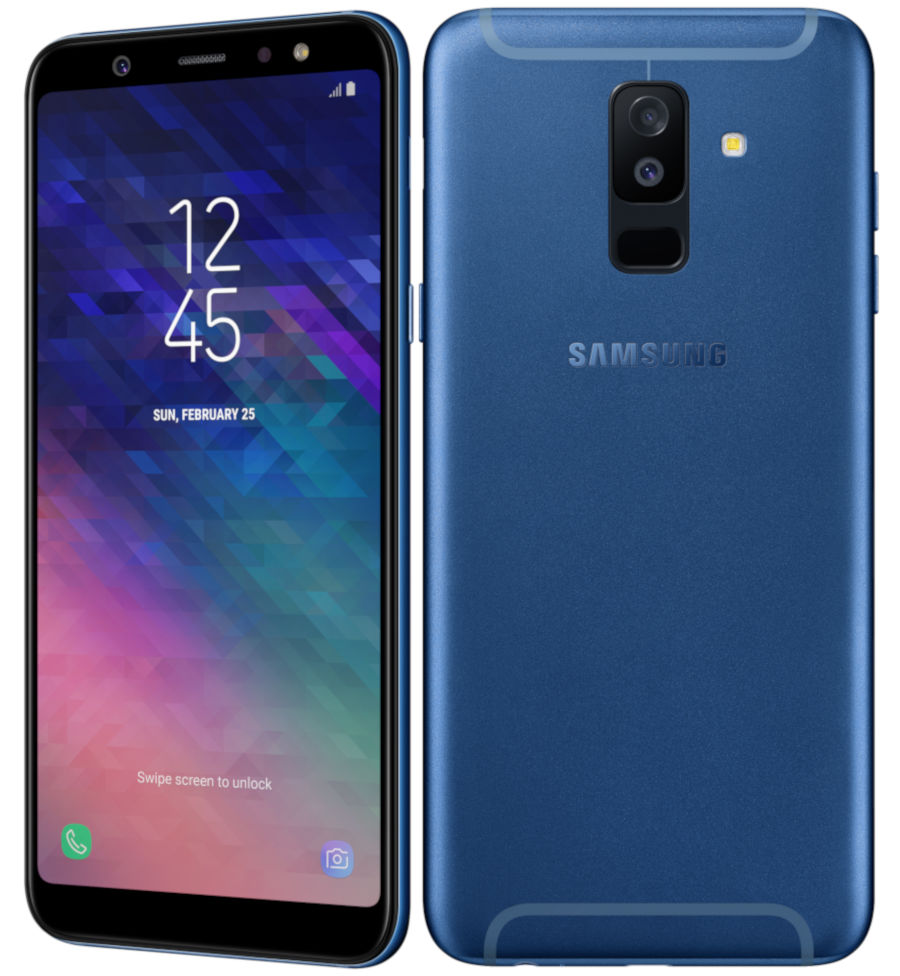 Samsung along with the new J series smartphones also launched the Galaxy A6 smartphones that were introduced earlier this month.  Both the phones come with Super AMOLED Infinity displays with 18.5:9 screen ratio, but the A6 comes with a 5.6-inch HD+ screen while the A6+ features a 6-inch FHD+ screen. 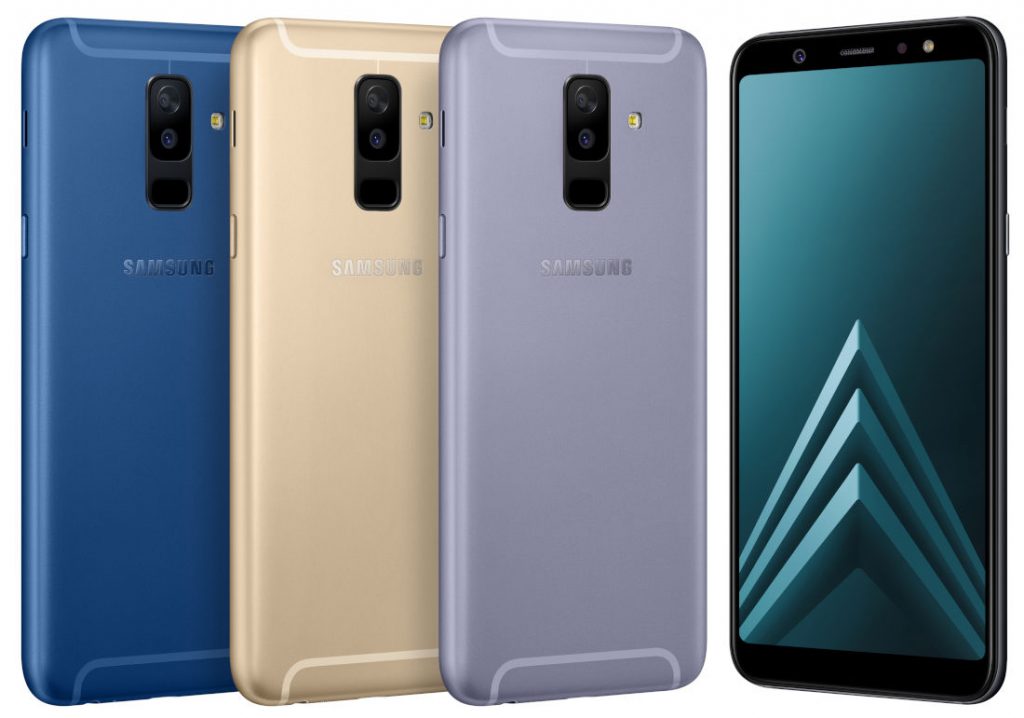 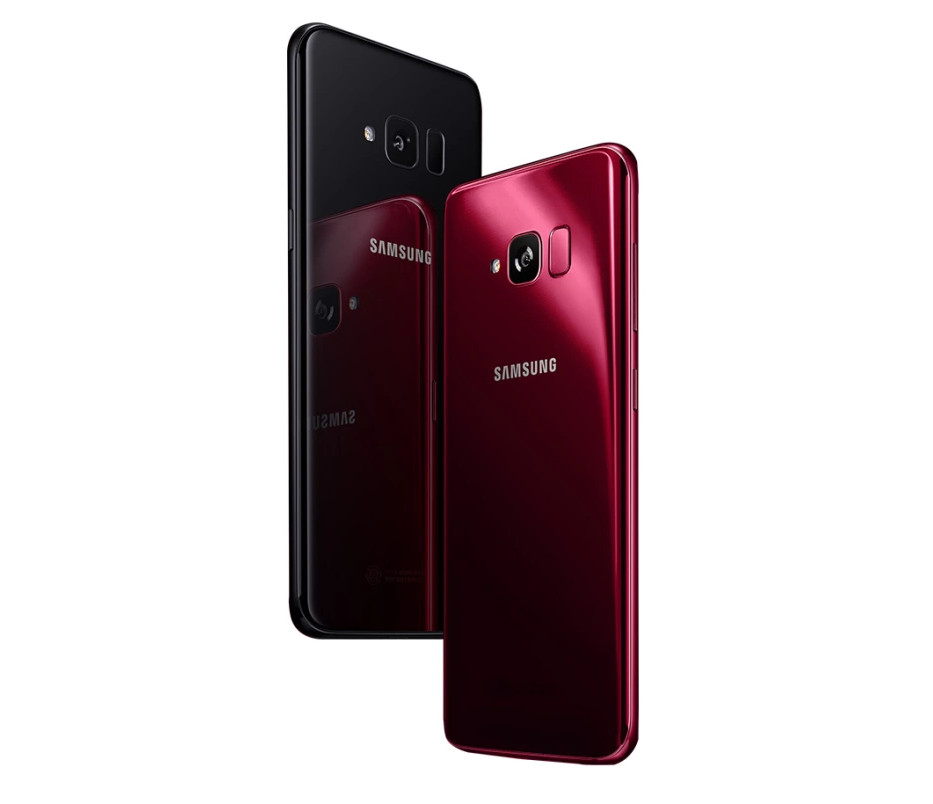 Samsung has also introduced the rumored Galaxy S8 Lite smartphone as Samsung Galaxy S Lite Luxury Edition (SM-G8750) in China. It has a 5.8-inch Full HD+ Infinity display, is powered by Snapdragon 660 with 4GB RAM, comes with a 16-megapixel rear camera and an 8-megapixel front camera, both with f/1.7 aperture. It runs Android 8.0 (Oreo) with Samsung’s own experience UI on top. 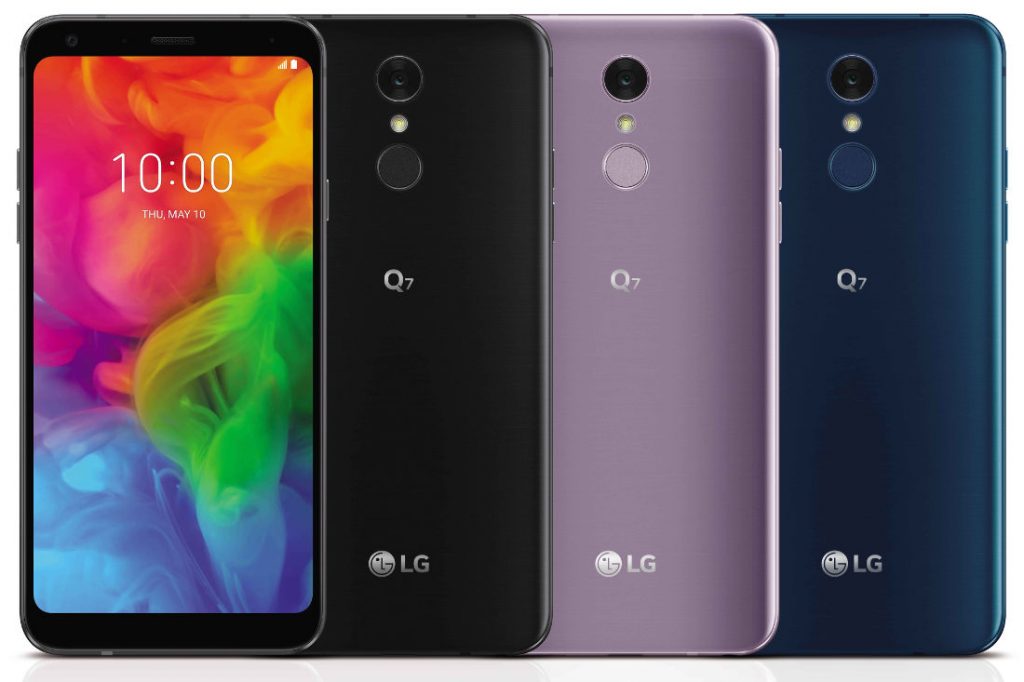 LG has also announced Q7, the company’s latest smartphone in the ‘Q series’ and the successor of last year’s Q6. It has the same 5.5-inch  FHD+ FullVision Display and packs the same 3,000mAh built-in battery, but this is powered by a new 1.5GHz Octa-core / 1.8 GHz Octa-core SoC and runs Android 8.0 (Oreo). The top-end Q7+ comes with 4GB RAM and 64GB storage, as well as a 16-megapixel rear cameras, while the Q7 and budget Q7α features a 13-megapixel rear camera, 3GB RAM and 32GB storage.

The LG Q7 and Q7+ come in Aurora Black, Moroccan Blue, and Lavender Violet colors, and the Q7α comes only in  Moroccan Blue color. The new Q7 series will roll out starting from Europe from early next month, followed by countries in the Americas and Asia. No word on the pricing yet. 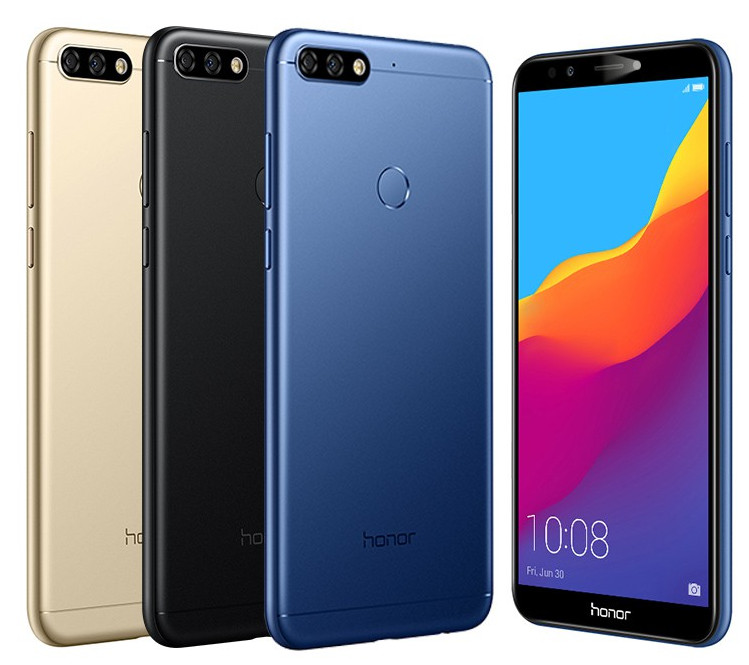 Honor launched the Honor 7A and Honor 7C, the company’s latest budget smartphones in the ‘7 series’ in India, as it had promised. Both the phones have a 5.7-inch and 5.99-inch 18:9 FullView 2.5D curved glass displays, respectively, come with a 13-megapixel rear camera along with a 2-megapixel secondary camera to capture depth information in portrait shots. There is also an 8-megapixel front camera with LED flash on both the phones. 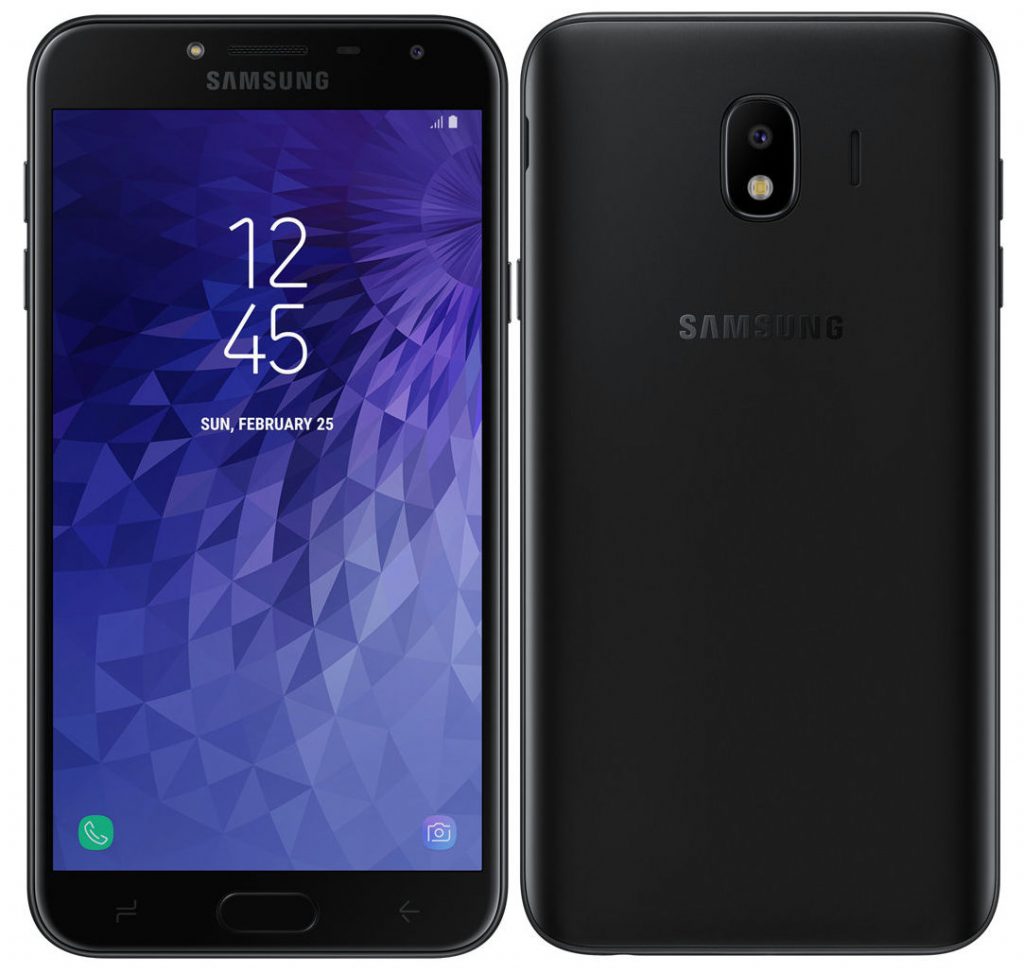 We have yet another Samsung announcement, the company has announced the Galaxy J4 (SM-J400) in the J-series. It comes with 5.5-inches AMOLED display with good old 16:9 aspect ratio. It is powered by the Samsung’s very own Exynos 7570 Quad-Core 14nm processor with 2GB of RAM.  The Samsung Galaxy J4 (2018) comes in Black, Orchid Gray, and Gold colors, the pricing is yet to be revealed by Samsung. 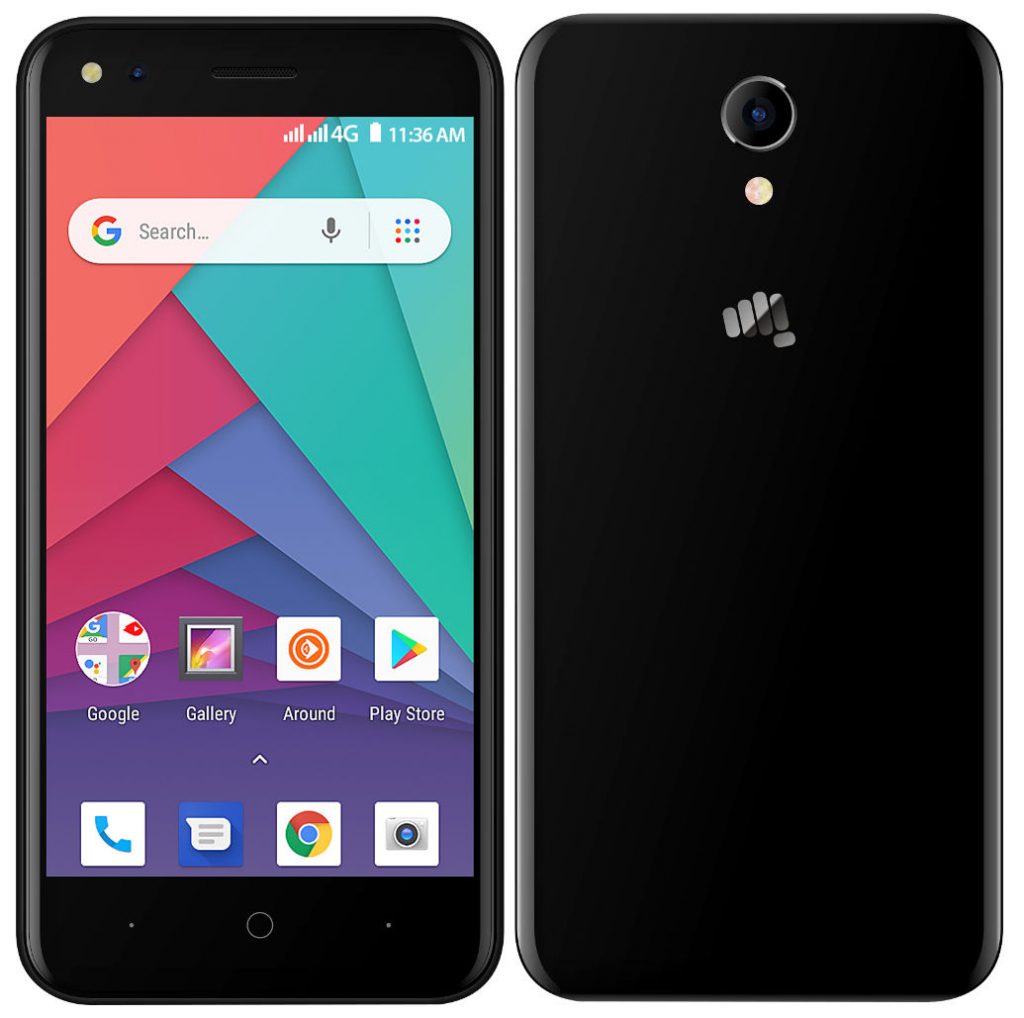 Micromax launched Bharat GO, the company’s first Android Oreo (Go Edition) smartphone in India, in partnership with Airtel. It has similar specifications as the Bharat 3 that was launched recently, as well as most other Go Edition phones such as Nokia 1and Lava Z50 that were launched earlier this year. The Micromax Bharat GO comes in Black color, is priced at Rs. 4399 (MOP), but you can get it at an effective price of Rs. 2399 with a cashback of Rs 2000 as part of Airtel’s ‘Mera Pehla Smartphone’ initiative. 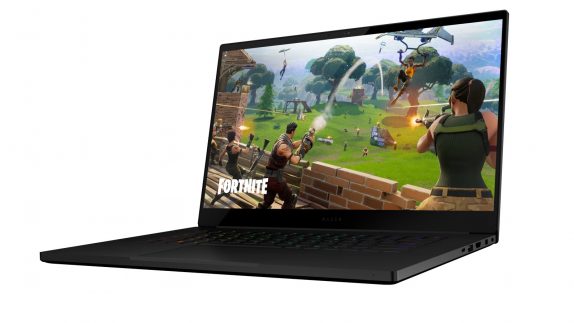 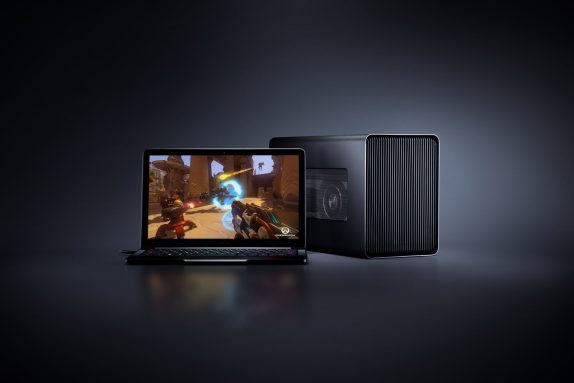 Razer also introduced the Core X is a Thunderbolt 3 external graphics enclosure for gaming-grade performance. The company announced that Razer Core series of external graphics enclosures including the Core V2 and Core X is now compatible with Mac laptops with Thunderbolt 3. It transforms integrated graphics laptops into desktop-class gaming machines by adding an external graphics card. It is compatible with both Windows and Mac. The Razer Core X is now available to order in the United States, Canada, United Kingdom, France, Germany, China. It is priced at $299 (Rs. 20,332 approx.). 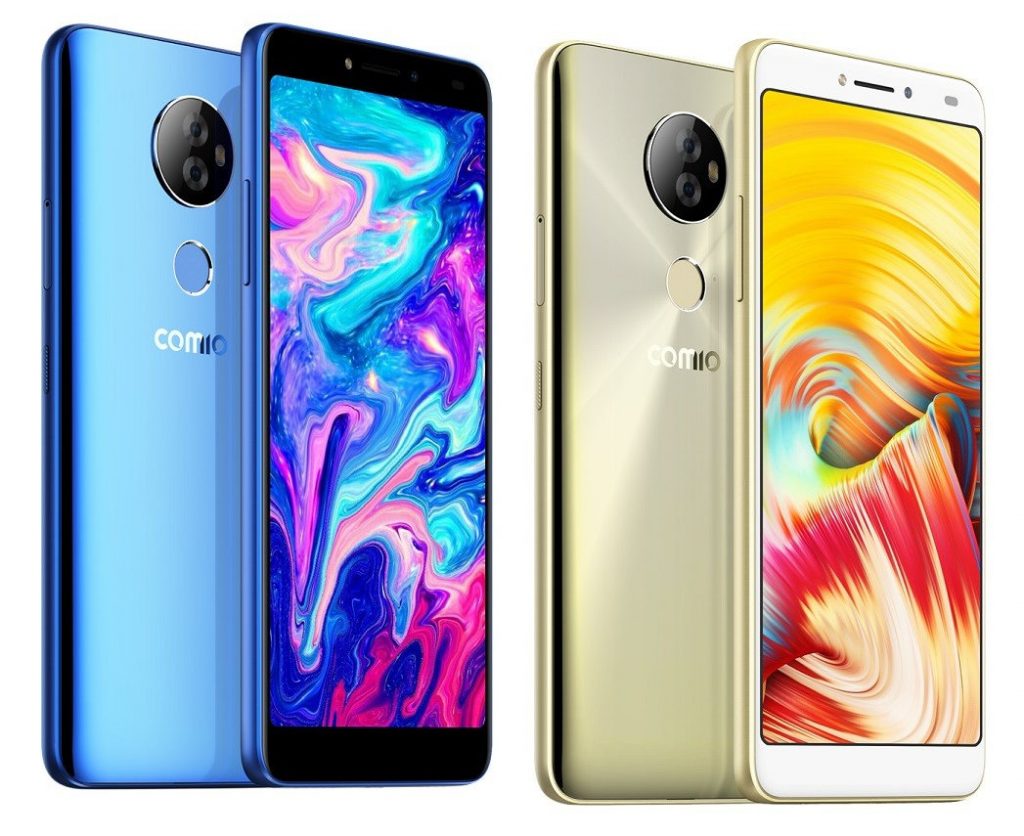 Comio has launched X1 Note, the company’s latest mid-range smartphone in the ‘X series’ in India. It has a 6-inch Full HD+ 18:9 display, is powered by a quad-core MediaTek processor with 3GB of RAM, runs Android 8.0 (Oreo), has a 13-megapixel rear camera with LED flash along with a 5-megapixel secondary rear camera to capture depth information for portrait shots. There is an 8-megapixel front camera as well with LED flash.

The Comio X1 Note comes in Royal Blue and Sunrise Gold colors, is priced at Rs. 9999, and will be available through Snapdeal, Flipkart, Amazon India, ShopClues, Paytm as well as through retail stores across the country. 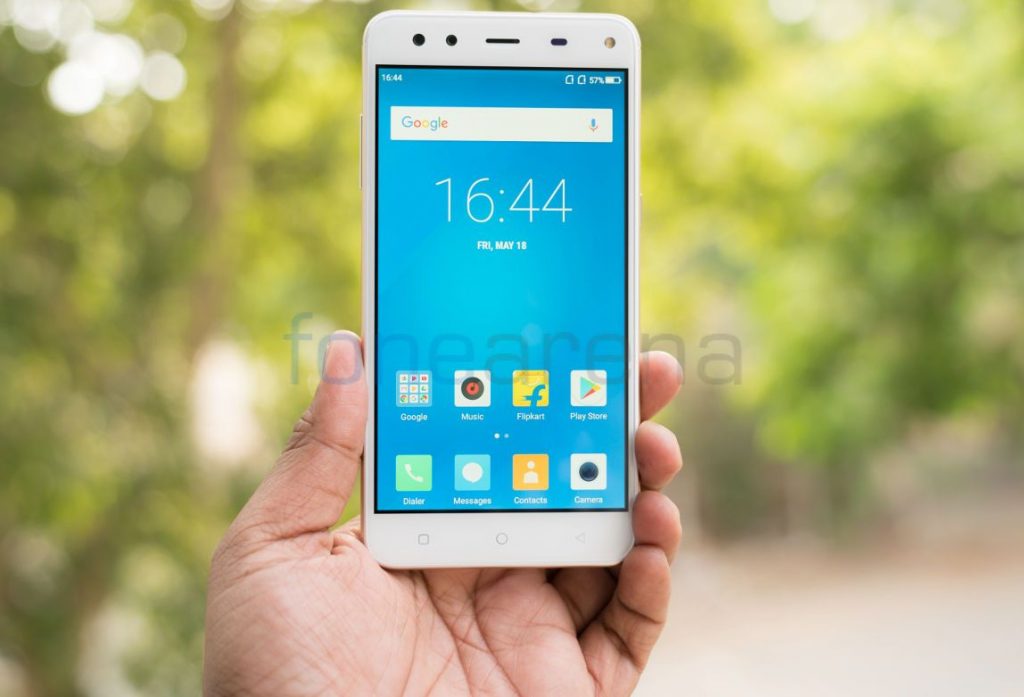 Vietnam-based Mobiistar has forayed into the Indian market with the XQ Dual. It has a 5.5-inch 1080p display, is powered by Octa-Core Snapdragon 430 Mobile Platform with 3GB of RAM and runs Android 7.1 (Nougat). The main highlight of the smartphone is its 13-megapixel front camera and an 8-megapixel secondary front camera with 120-degree wide-angle lens. The Mobiistar XQ Dual comes in Black and Gold colors and is priced at Rs. 7999 and will be available exclusively from Flipkart starting from May 30th. The company says it will have 1000 service centers across India from Day 1. Check out the review here. 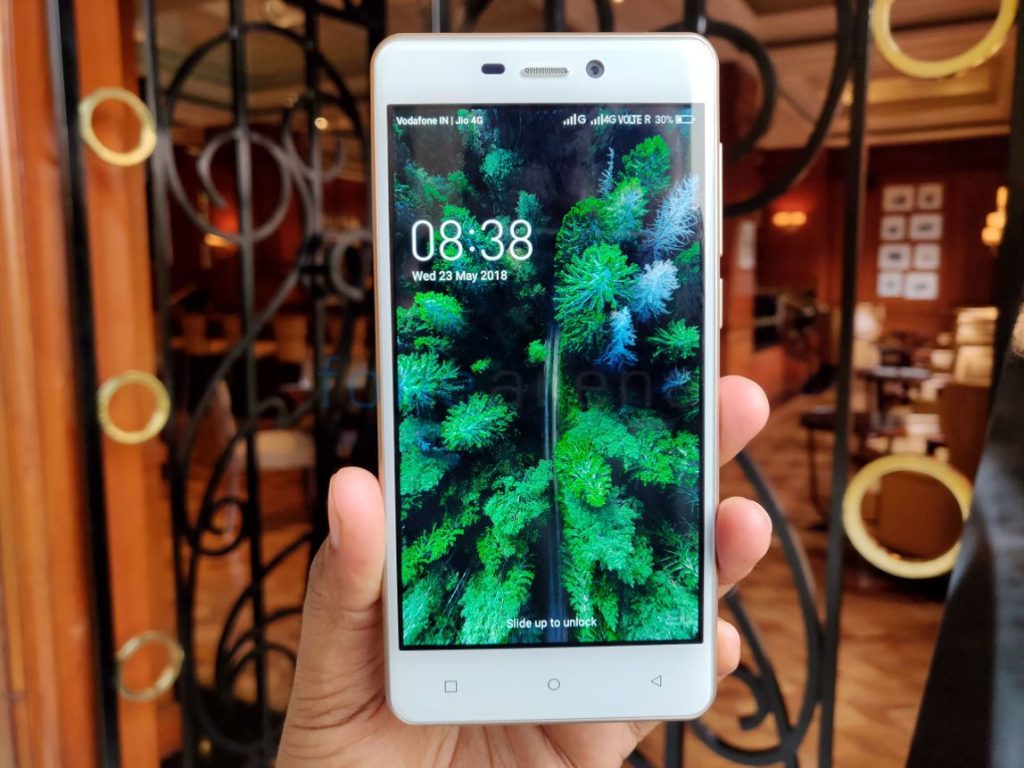 Mobiistar has also launched the CQ, a budget selfie smartphone in India. It has a 5-inch HD screen, is powered by a quad-core Snapdragon 425 SoC with 2GB of RAM, runs Android 7.1 (Nougat), has an 8-megapixel camera on the back and a 13-megapixel camera on the front with face beauty. The Mobiistar CQ comes in Black and Golden colors and is priced at Rs. 4999 and will be available exclusively from Flipkart starting from May 30th. 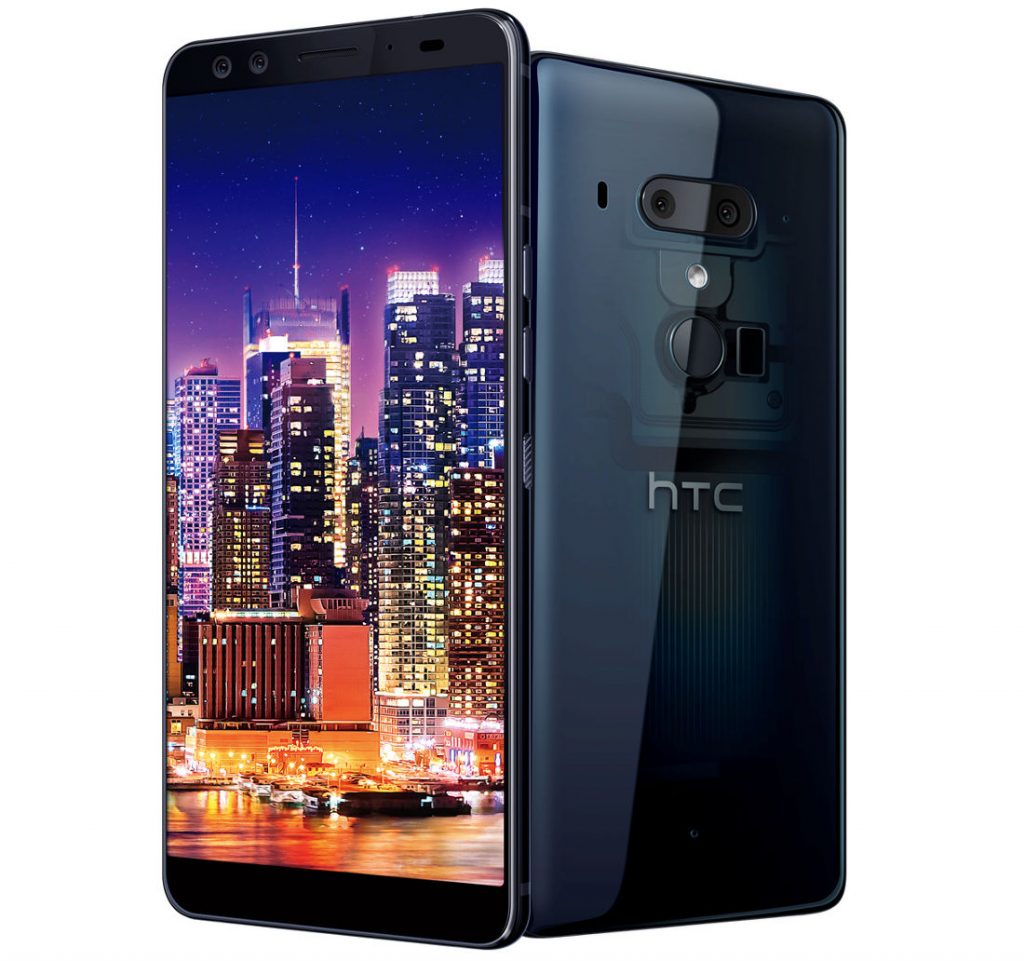 HTC has officially introduced its flagship U12+smartphone. It has a 6-inch QHD+ display with support for HDR10, Corning Gorilla Glass protection, is powered by Snapdragon 845 with 6GB of RAM, runs Android 8.0 (Oreo) with HTC Sense UI, has a 12MP Wide-angle rear camera with HTC UltraPixel 4, OIS along with a 16MP Telephoto camera. There is also 8MP dual front camera 84° field of view, Bokeh mode, AR sticker, Face unlock. 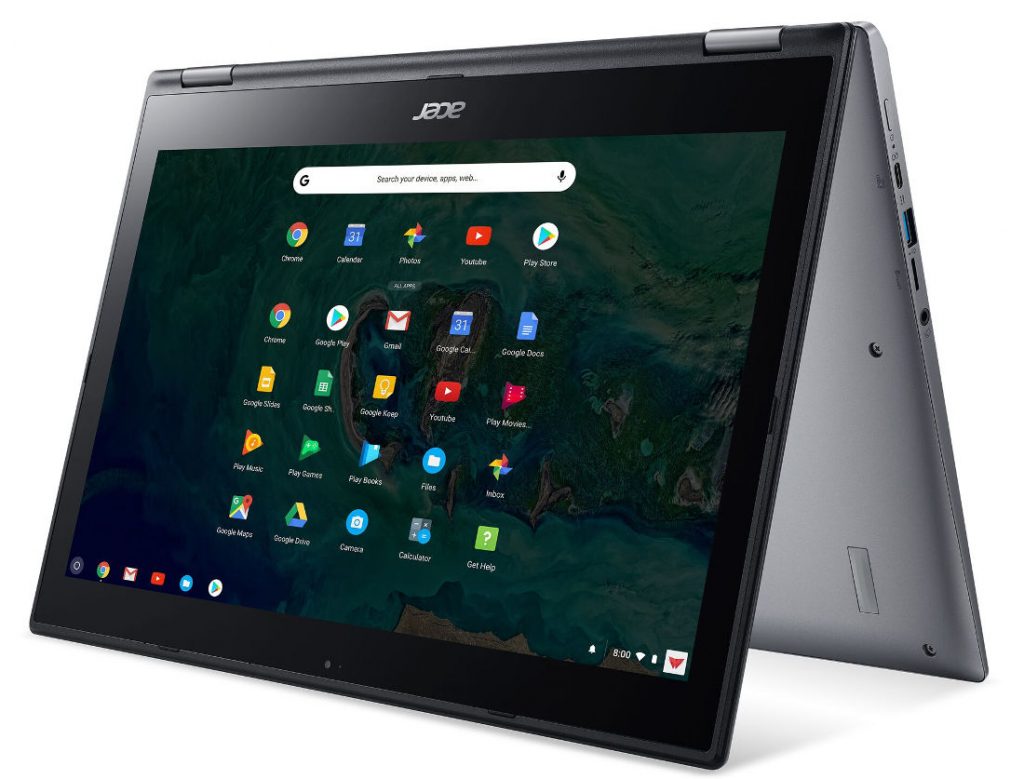 Acer has announced a bunch of products including the Predator Helios gaming notebooks, Swift 5 Notebook, Chromebooks, Predator Orion Gaming Desktops, and Nitro 50 Desktops at its New York event. Except for the Chromebooks, all these products are powered by the Windows 10. The Predator Helios 500 gaming notebooks will be available in North America in June starting at $1,999 (Rs. 1,36,641 approx.). It is also scheduled to be available in markets like EMEA and China. The Acer Chromebook Spin 15(CP315-1H) will be available in North America in July starting at $449, and in EMEA in June starting at €449. 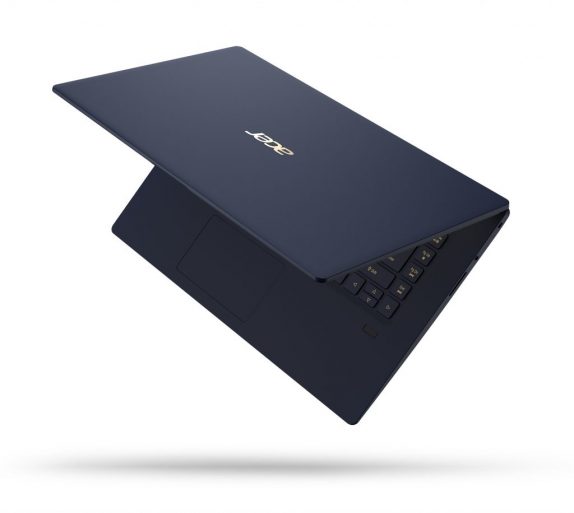 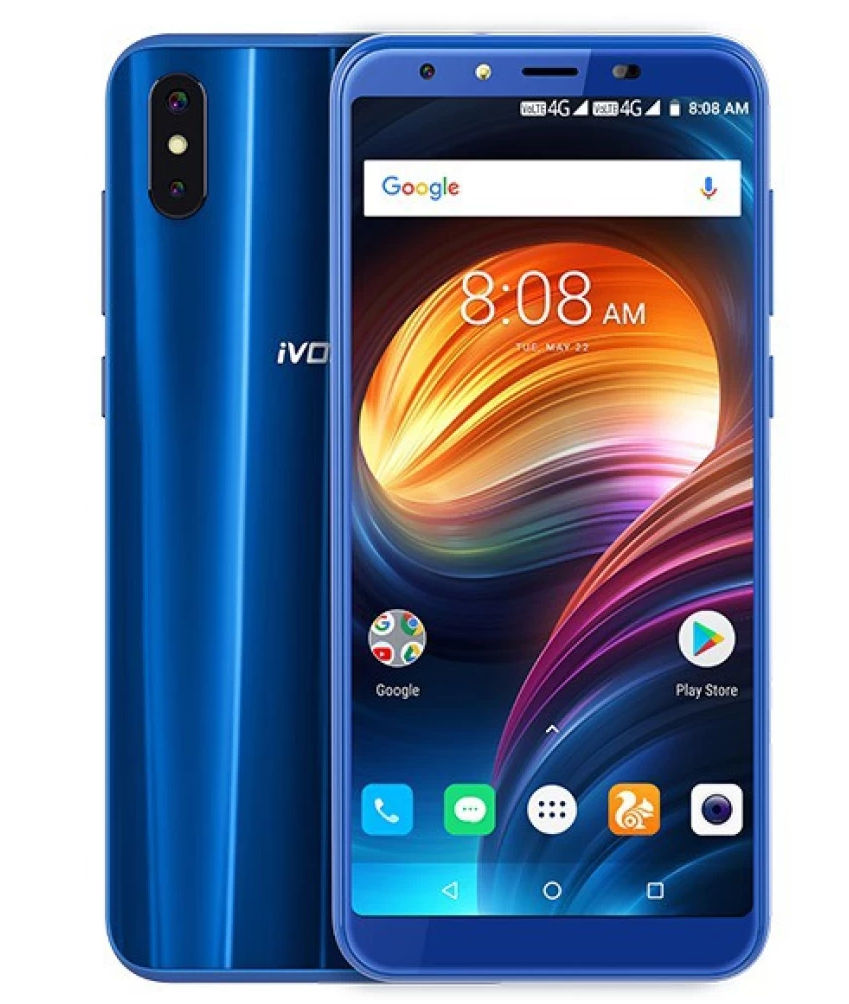 iVOOMi has launched iVooMi i2, the company’s latest budget smartphone in India. It has a 5.45-inch HD+ display, is powered by MT6739 SoC with 3GB of RAM, it has a 13-megapixel rear camera with a secondary 2-megapixel rear camera to capture depth information for portrait shots with bokeh effects. It has an 8-megapixel front camera with LED flash, face unlock. The iVooMi i2 comes in Bronze Gold, Olive Black, and Indigo Blue colors and is priced at Rs. 7499 and is available exclusively from Flipkart. 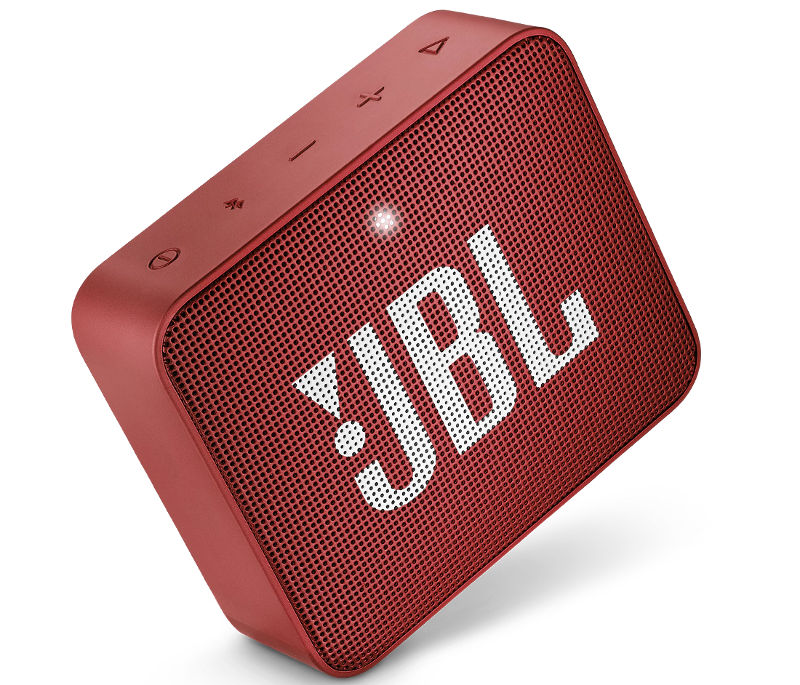 HARMAN International has launched the JBL GO 2 in India. It is a portable, compact Bluetooth speaker that is waterproof with the IPX7 rating. Since it is Bluetooth, users can wirelessly stream music or with a wired connection from any smartphone or tablet. The company claims that it can last up to 5 hours on continuous playtime. It also comes with built-in echo and noise canceling speakerphone offering crystal clear phone call experience. The JBL GO 2 is priced at Rs. 2,999 and is available at various retail stores and chains, and at 350 key Samsung brand stores across the country. 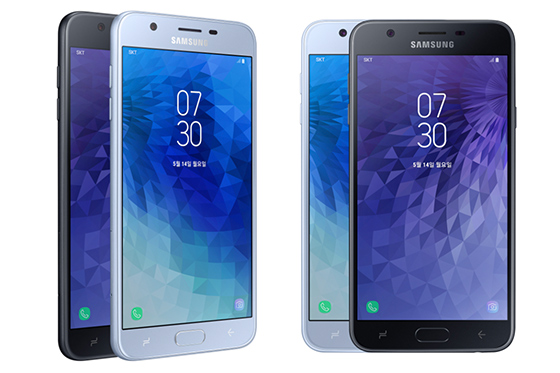 Samsung in partnership with SK Telecom has announced the Wide 3 smartphone which like its predecessor will be exclusive to South Korea. The Galaxy Wide 3 sports a 5.5-inch HD display, and packs a 13MP rear camera. The Samsung Galaxy Wide 3 is powered by an Octa-Core processor, packs 2GB of RAM with 32GB storage. It runs on Android Oreo right out of the box. The Samsung Galaxy Wide 3 will be available in silver and black colors and is priced at 297,000 won ($275 or Rs. 18,829 approx.). The phone is already available. 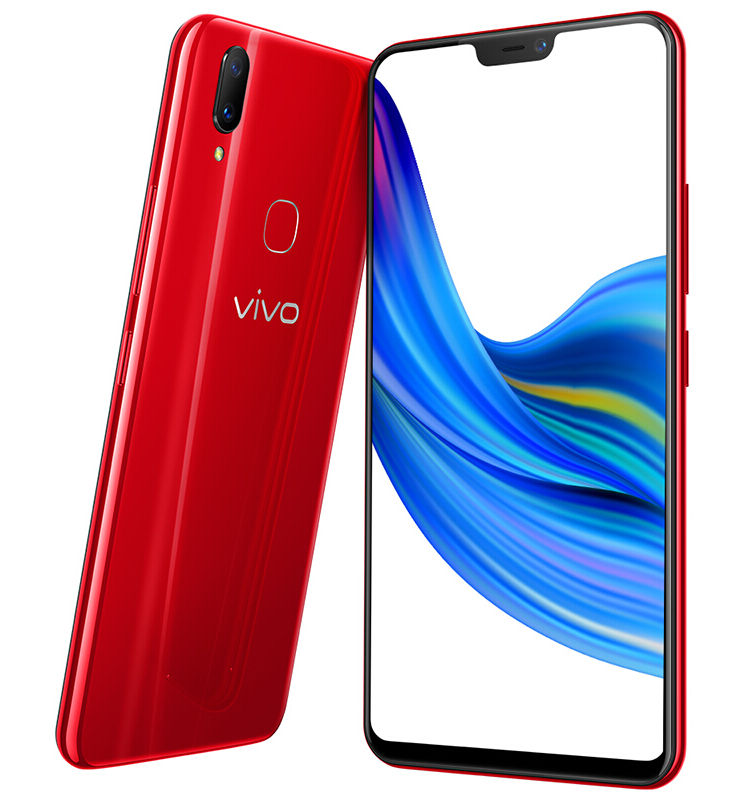 Vivo announced Z1, the company’s latest smartphone in the new ‘Z series’ in China. It comes with a 6.26-inch FHD+ 19:9 2.5D curved glass display with a notch, 90% screen-to-body ratio and narrow bezels. It is powered by Snapdragon 660 AIE with 4GB RAM, runs Android 8.1 (Oreo) with Funtouch OS 4.0 on top and features a 13-megapixel rear camera along with a secondary 2-megapixel camera to capture the depth information for portrait shots. The Vivo Z1 comes in Black, Red and Blue colors, is priced at 1798 yuan (US$ 280 / Rs. 19,215 approx.), available for order from today and goes on sale from June 4th in China. 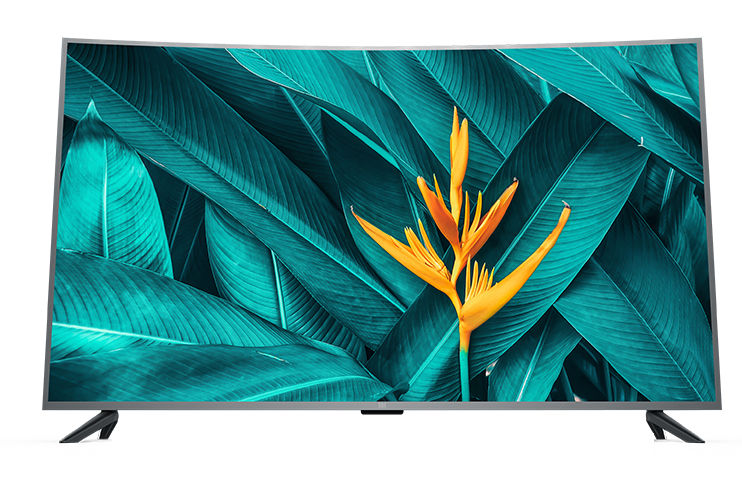 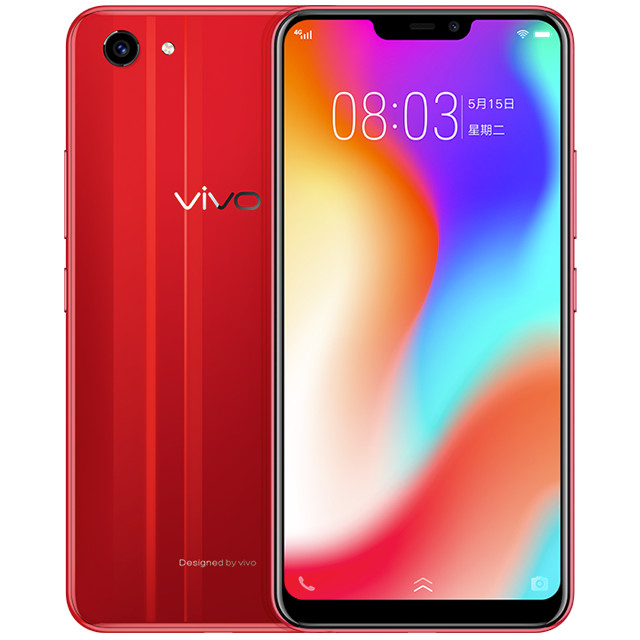 Vivo also announced Y83 smartphone and it sports a 6.22-inch HD+ screen with 19:9 aspect ratio and minimal bezels, and it is the world’s first smartphone to be powered by MediaTek’s latest Helio P22 Octa-Core 12nm SoC that was introduced earlier this week. It has a 13-megapixel rear camera with LED flash, and an 8-megapixel front camera with AI beauty features and face unlock. The Vivo Y83 Aurora White, Black, and Red colors and is priced at 1498 yuan (US$ 234 / Rs. 15,890 approx.). 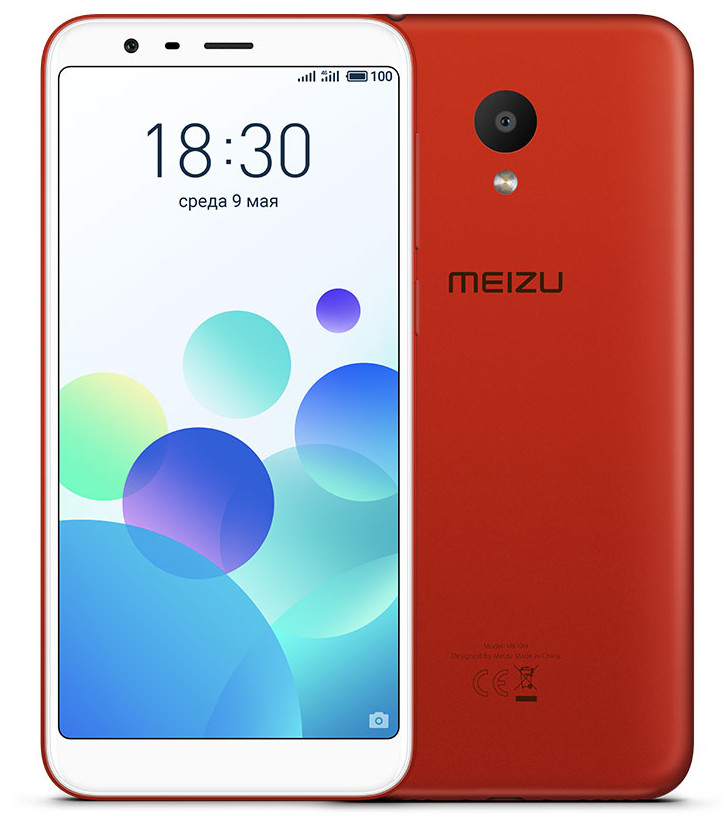 Meizu has announced M8c, the company’s latest budget smartphone and the successor of last year’s  M5c in Russia. It has a 5.45-inch HD+ 2.5D curved glass screen with 18:9 aspect ratio, is powered by Snapdragon 425 with 2GB of RAM, runs Android 7.0 (Nougat), comes with a 13-megapixel rear camera and an 8-megapixel camera on the front. The Meizu M8c comes in Black, Blue, Red and Gold colors, starts at 9,990 rubles (US$ 160 / Rs. 10,900 approx.) in Russia and is expected to go on sale in other countries soon.