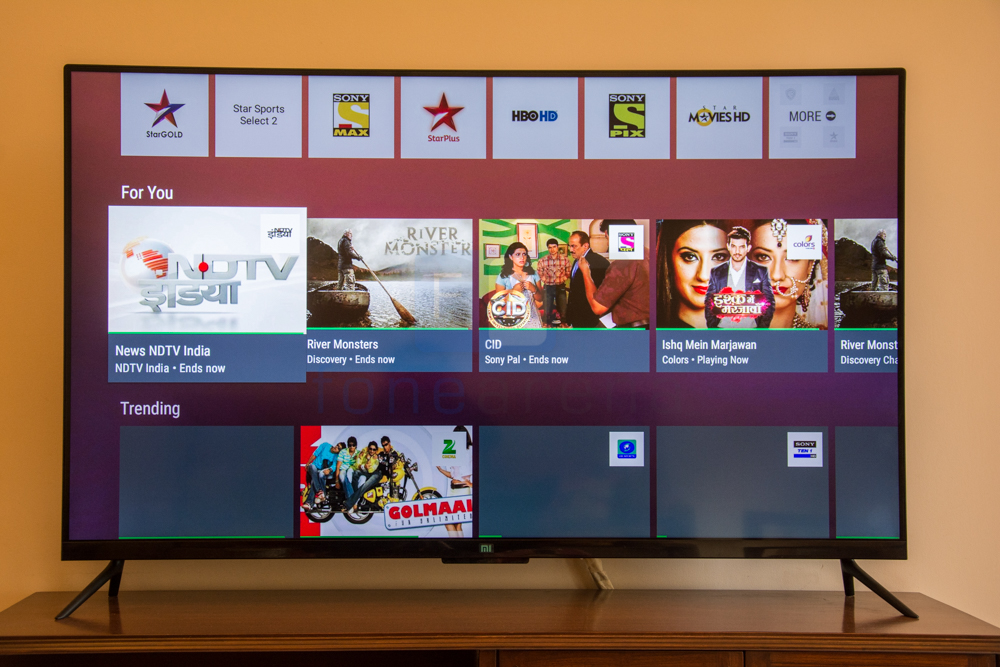 Xiaomi launched the the Mi TV 4 for the first time in India last week at a price of Rs. 39,999 . It went on sale in the country today at 2PM. Xiaomi has announced that the TV got huge response from the customers, which was sold out in less than 10 seconds on Flipkart and Mi.com. However the company did not share the number of TVs sold during the sale, unlike it did for the Redmi Note 5 smartphones. Some users said that it sold out before they could see the buy button.

The company has launched only the 55-inch 4K Mi TV 4 model in the country and it plans to bring more models based on the response.  The Mi TV 4 has a 4.9mm slim frameless design and comes with Patch Wall, a UI layer on top of the Android OS that’s based on deep learning AI technology that can curate content based on recommendations. It brings all the content from the STB and seamlessly integrates right on your homepage.

For content, Xiaomi has partnered with Hotstar, SunNxt, Voot, Sony LIV, Hungama and more. The company says that it  comes with 500K+ hrs of content, and almost 80% of all content will be free to watch.

Xiaomi is supporting all the major set-top boxes out of the box that includes 35K+ DTH/Cable operators across 48 different brands. It also has support for Indian languages (12 system and 14 content), apart from English. It will be introducing profiles later this year, which will personalize content for each family member according to their taste.

The next Mi TV 4 sale in scheduled for February 27th on Flipkart at 12PM. The TV expected to be in huge demand for the next few weeks in the country. Check out the first impressions of the TV here.