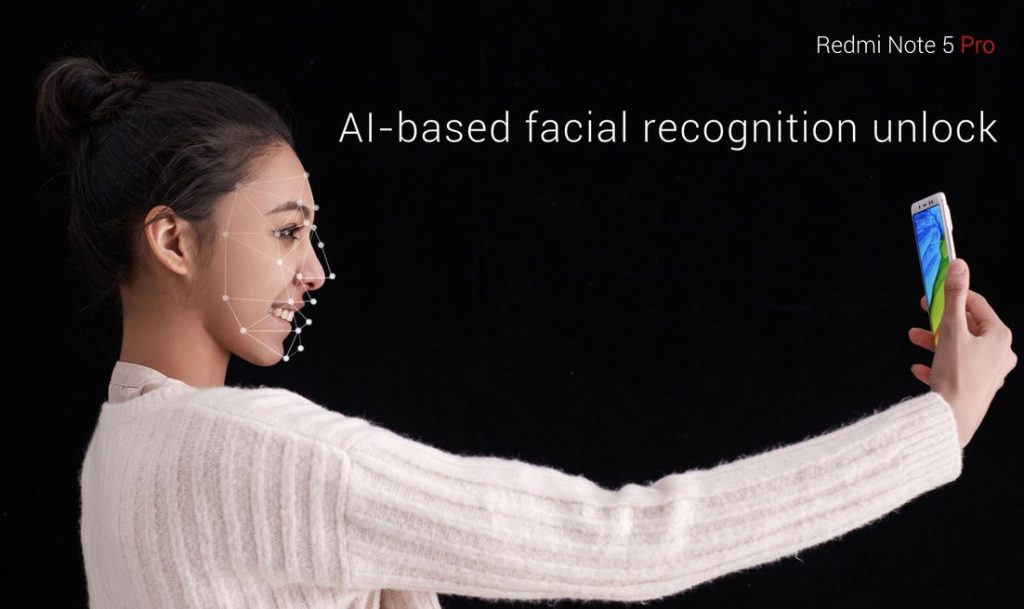 Xiaomi launched the Redmi Note 5 Pro in India last week, which went on sale today for the first time on Flipkart as well as Mi.com and was sold out within minutes. At the launch Xiaomi promised to bring Face unlock that will be available via OTA update by the end of March, but today as a surprise the company rolled out the Face unlock feature for the phone via an OTA update. This is the first Xiaomi smartphone in India to get the feature.

At the launch the company said that its face detection algorithm scans facial features in roughly 500ms using a high-accuracy matching mechanism, making it faster than the fingerprint scanner. However Face unlock is not as secured as fingerprints.

The MIUI  v9.2.4 NEIMIEK update is 1.6GB in size and also brings significant camera improvements and stability optimizations. It is already available for the reviews units, and those who ordered the phone today will get the update as soon as they boot up their phone.

To remind you, the Redmi Note 5 Pro sale on Flipkart and Mi.com is scheduled for 28th February, Wednesday at 12 noon.