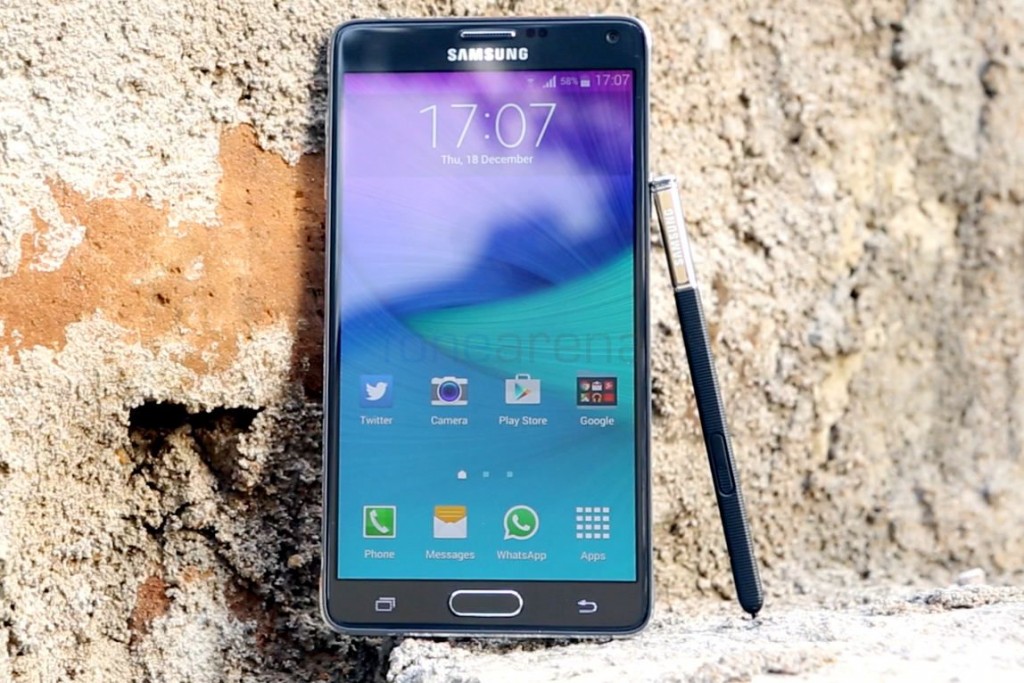 The Galaxy Note series from Samsung is well known for being the one that started the big screen movement. People used to be dismissive of the concept in 2011 when the original released, but since then, all the flagships have gradually increased screen sizes, with the latest iPhone sporting a 5.5 inch screen and a Nexus sporting a 6 inch screen. Yes, times have changed, and so has the Note. 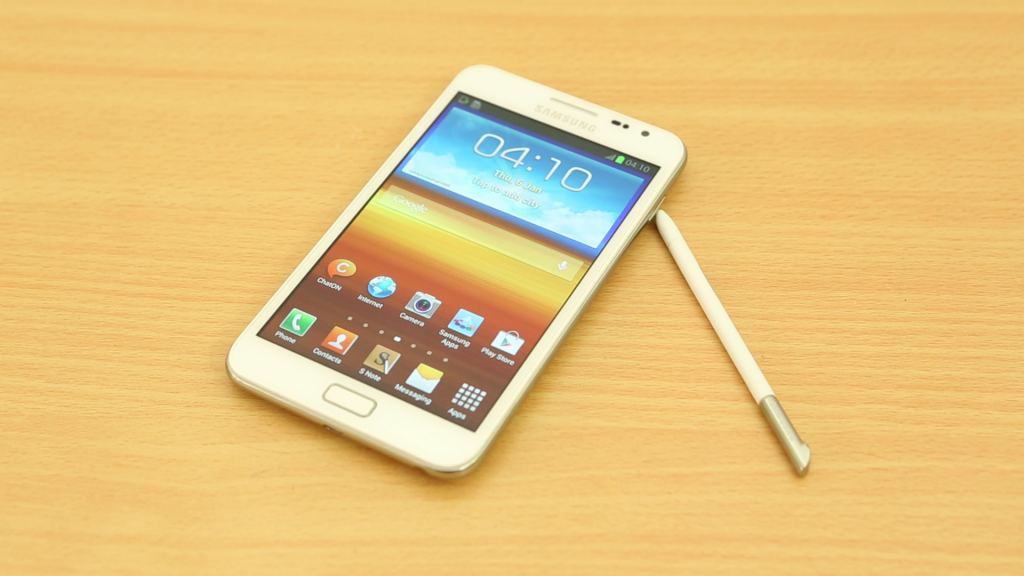 The original Galaxy Note, released in 2011 was meant to be an advanced converged device. But the key selling point itself was the big 5.3” screen with an apt 16:10 1280×800 resolution, suited for a better stylus and reading experience. According to Samsung, the Note was a smartphone, a tablet, a note taking device and a gaming machine. It was also an unprecedented hit, which prompted other manufacturers to.. take note. The Samsung Galaxy Note was the original phablet and the stylus, called the S-Pen, was its unique value-add. Although novel and seemingly useful, it didn’t have many other uses than sketching and note-taking, yet. 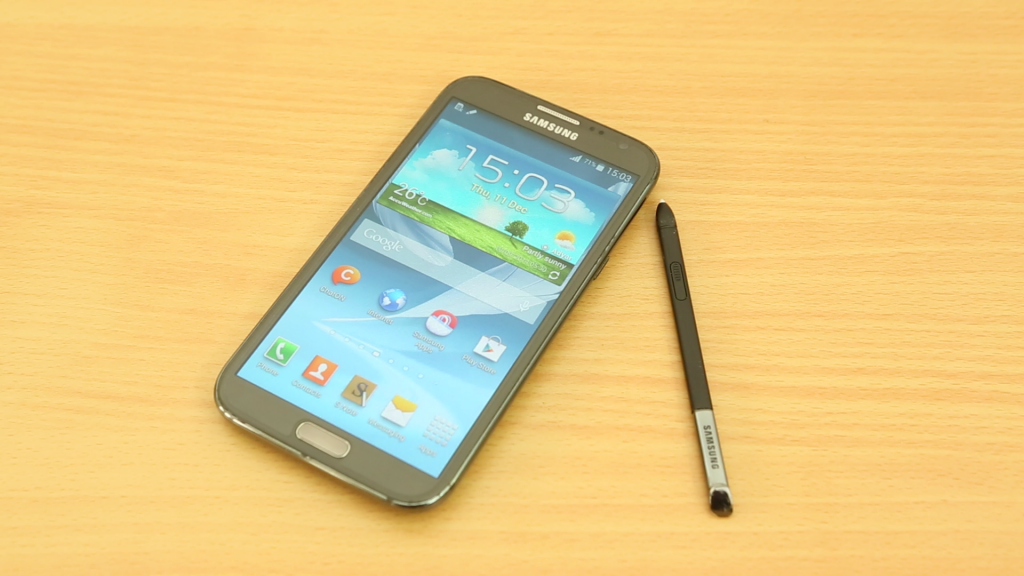 Then came the Note 2, which had a bigger 5.5” screen, but was more focused on multimedia consumption than productivity on-the-go. This was evident with the move to a narrower 16:9 720p display. The Note 2 was naturally a big hit. The slightly bigger size was balanced with a thinner profile, with the design language mimicking the flagship S3. The S-Pen and other software features got better this time, with Air View, multi window and tons of other stylus-equipped features. There might have been too many, that failed to capture everyone’s interests but even then, the list kept expanding. Continuing the trend, the Note 2 also sported top class specifications. A powerful quad core processor was accompanied by the first 2 GB RAM chip inside a phone. Another thing that won massive appeal from users was the big 3100 mAH battery. The Note 2 was cutting edge and is still one of the best phones Samsung has ever released. 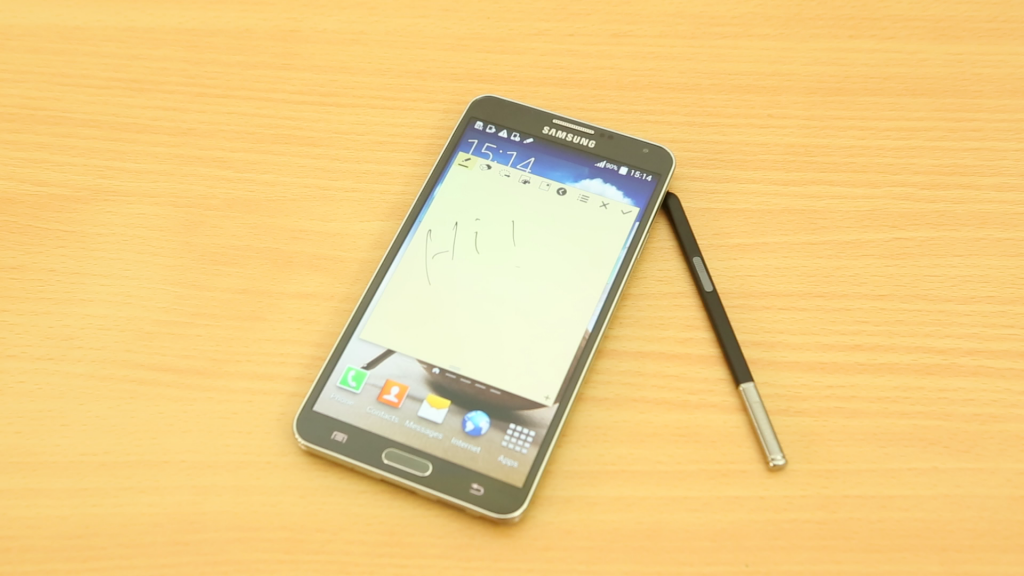 The Note 3, which had an even bigger 5.7” screen, released last year, continued the trend of edging over the flagship with better specifications, with a variant using Snapdragon processors for the first time. Oh, and another first was 3 gigabytes of RAM inside a phone. The display was a great full HD panel, the camera, which has been 8 megapixels since the original, was upgraded to a 13 megapixel unit, with software tricks carried over from the last generation and more. But internals aside, the most important change with the Note 3 was its back cover. The leather-like back cover surprisingly worked and found its way onto more Samsung devices. The S-Pen was improved not only on the hardware side, but also on the software side with more options like Air command, new multi window features and so on. At this point, it was clear that Samsung had not one, but two flagship devices. In fact, with people gravitating towards larger screens, preference was higher for the Note, but there was also the long-pending request of different materials from Samsung, which finally happened, in 2014. 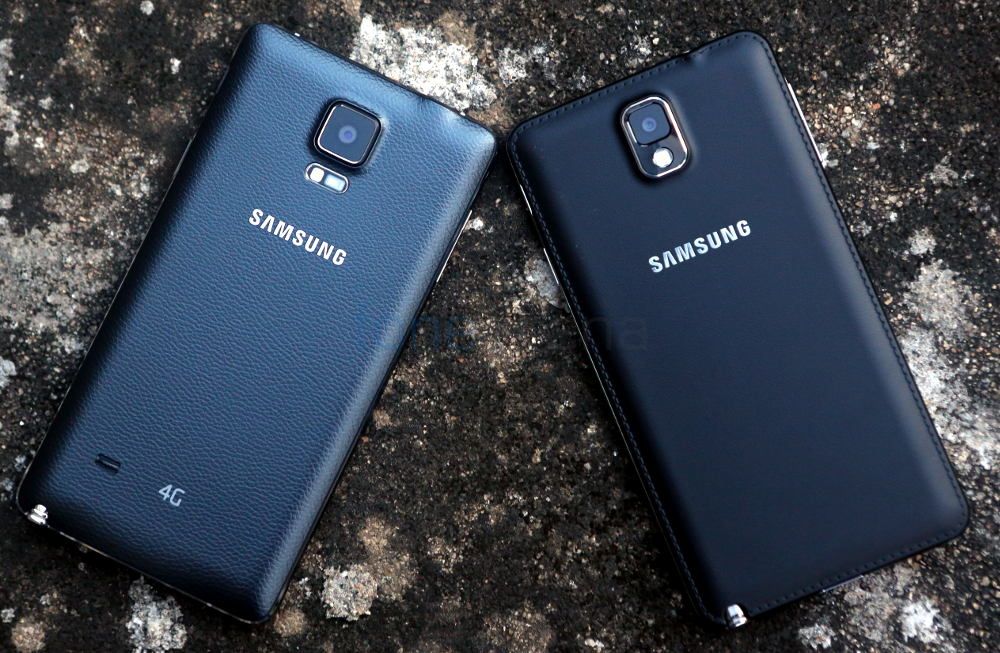 After testing waters with the Alpha, it was the Note’s turn to get the metal treatment. The sides are now better looking thanks to metal, with chamfered edges and neatly shaped bevels. The Note 4 specifically has a coating of powdered black paint on the metal, which looks really good on the phone. But yes, good bye plastic frames that tried and failed really hard to look like metal. The Note 4 also gains a curved screen and a faux leather back that is an improvement on the Note 3 and not a variation of the one on the S5. It has better grip and a great new texture that feels just like leather. In the specs department are the 1up upgrades that we have come to expect. Note 4 is the first phone in the world to sport a Qualcomm Snapdragon 805 processor, has the first Quad HD AMOLED screen, measuring 5.7 inches and is surprisingly easier to use than any other big screened phone. The camera is now a native widescreen 16 megapixel sensor that takes great pictures, with optical image stabilisation. Novel additions include a fast charging battery, a wide angle front facing camera with a large aperture for the new generation and improved S-Pen tricks. The Note 4 is Samsung’s best device yet and the move to metal makes a big difference in looks and value for the amount of money that goes out of your pocket.

This is how far the Note has evolved, and if Samsung’s direction is to be believed, an advanced version of the Note Edge, clearly an experimental launch, could well be how the next Note looks like. So, what do you think the next Note is going to be like? Let us know in the comments section below.