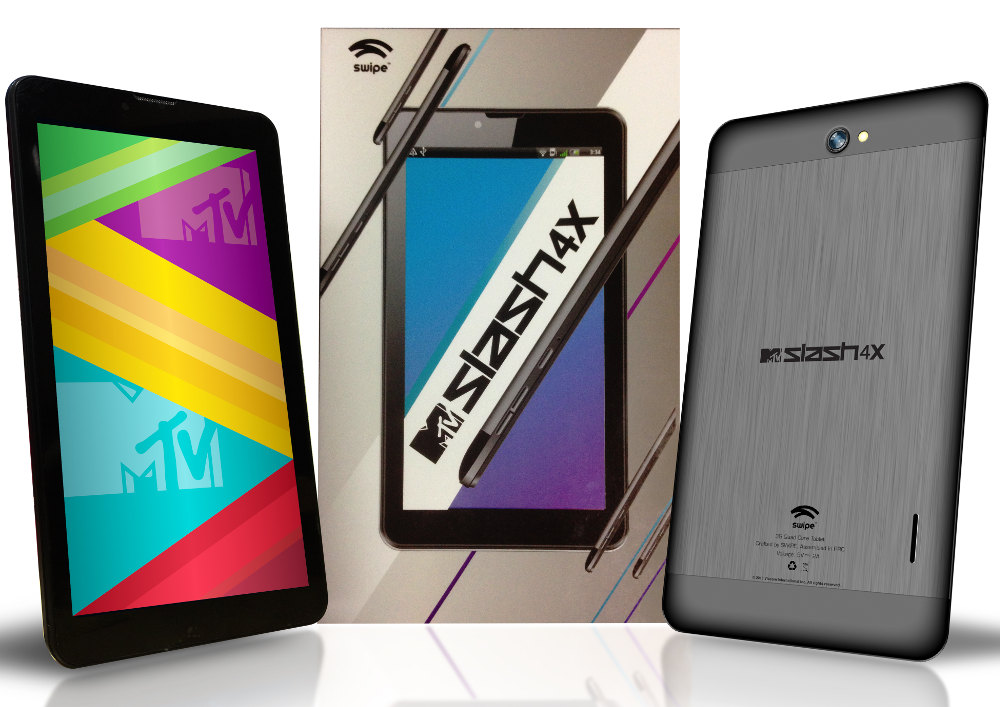 MTV India and Swipe Telecom has partnered once again to launch Swipe MTV Slash 4X, the company’s latest Android tablet. It has a 7-inch (1024 x 600 pixels) capacitive touch screen IPS display based on One-Glass-Solution (OGS) technology,  powered by a quad-core 1.3 GHz processor and runs on Android 4.2.2 (Jelly Bean). It  comes with a 2-megapixel rear camera with flash and a VGA front-facing camera. It has dual SIM support, voice calling and FM Radio

The tablet would come pre-loaded with MTV apps, Count your drinks  and This Day in Music and updated versions of  MTV India,MTV Funny and MTV Hottie app.

MTV has always conceptualized products keeping in the mind the ever-changing needs of the youth. Moreover, our creativity coupled with Swipe’s technological expertise has proven to be a knockout combination. MTV Slash 4X, the most enviable Tablet PC in its genre, is fully loaded with features & attributes that personify MTV, to engage the youth.

The MTV Swipe Slash 4X  is priced at Rs. 9,999 and is available for Rs. 8,990 and on eBay.in for limited period. It would be available in retail stores from 1st February.