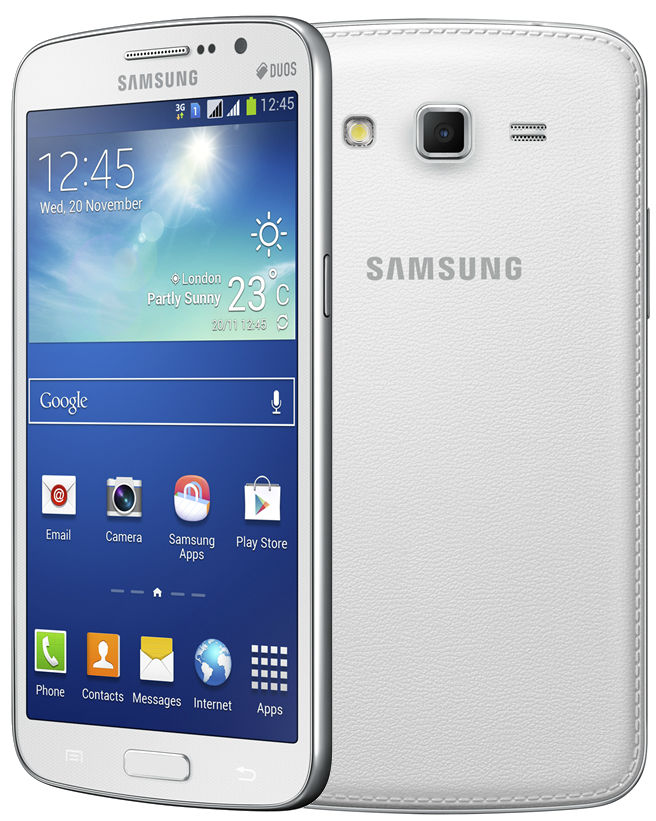 Samsung has launched the Galaxy Grand 2 in India as we reported last week, but the company did not reveal the pricing. It was unveiled last month and packs a 5.25-inch (1280 x 720 Pixels) capacitive touch screen display, powered by a 1.2 GHz quad-core processor and runs on Android 4.3 (Jelly Bean). It has a 8-megapixel auto focus camera with LED flash and a 1.9-megapixel HD front-facing camera. It is just 8.9 mm thick and weighs 163 grams. It offers leather-like premium feel on its back cover, similar to Note 3.

It  has dual-SIM capabilities similar to the previous Grand, including, Smart Dual SIM feature that enables the user to receive calls on one SIM number while taking a call from the other. It has Samsung’s unique features such as Multi Window, Story Album, S Translator, S Travel, Sound & Shot, Samsung Hub, Group Play, Samsung Link and more. It has 1.5GB of RAM and packs a 2,600 mAh battery. The Samsung Galaxy Grand 2 would also come with access to Club Samsung, its own entertainment store for the first 3 months.

Samsung did not announce the final pricing for the Galaxy Grand 2 yet. At the launch event, Manu Sharma, Director Samsung Mobiles, revealed that the device would be priced between Rs. 22900 and Rs. 24900. Final pricing would be available in the first week of January 2014, when it goes on sale.