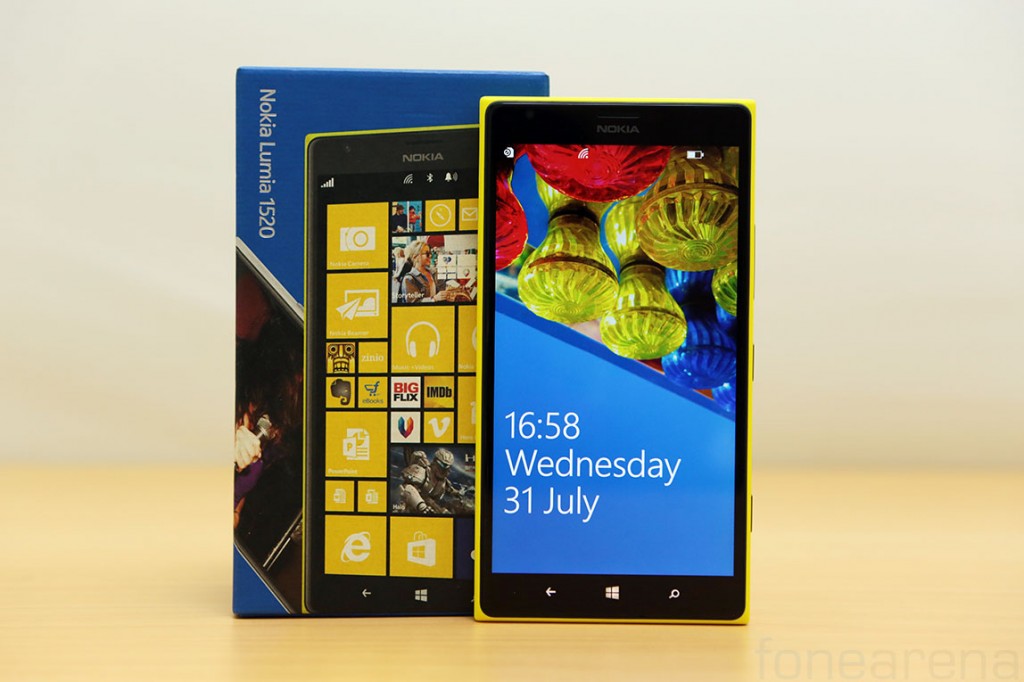 Hiding its large footprint inside a typical Lumia box, the 1520 comes with the usual accessories that you see along with the usual Lumia devices. Here are all the contents of the box – 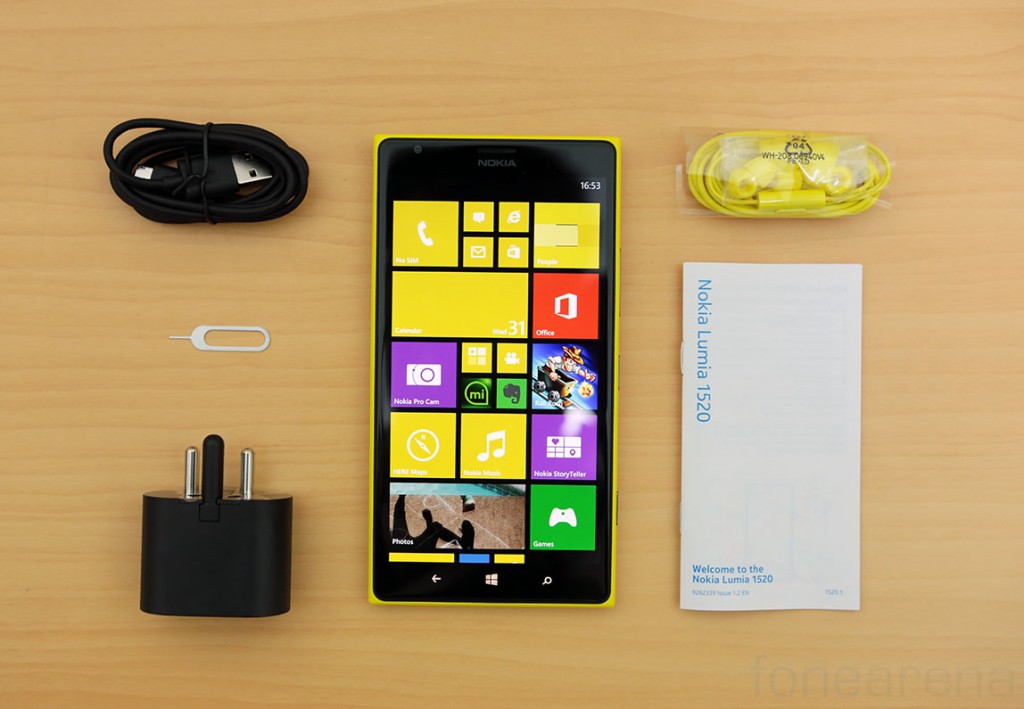 Coming to the device, the Lumia 1520 is possibly the last flagship from the company before it completely switches its name over to “Microsoft”. Personally I was not there for the Abu Dhabi launch, nor at the New Delhi local launch event, so this experience is definitely my first with this device. Quickly reminding ourselves of the specs, the Lumia 1520 comes with a gorgeous 6 inch 1080p screen, made of a the usual IPS LCD tech, but also incorporates the new “Apical Assertive display” which is a separate chip that aims to control the backlight of the display to optimise it for the best outdoor visibility. Frankly, it works great and the display itself is stunning. 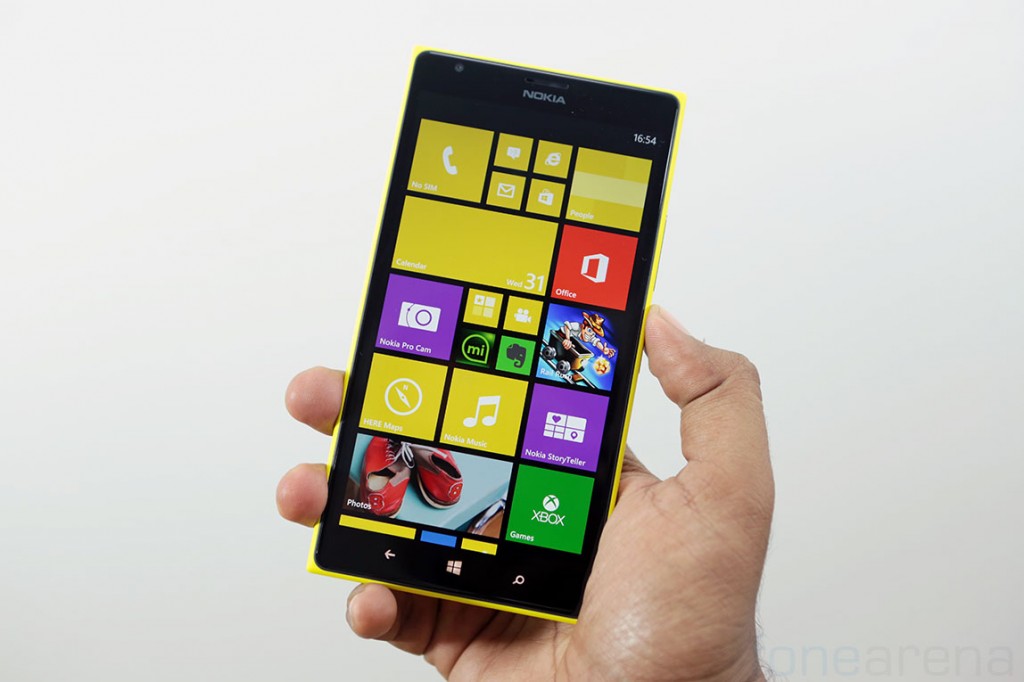 The display not only has deep blacks, it also has stunning viewing angles and overall amazing performance. The pixel density is high, at 367 ppi, so everything looks crisp and sharp. First impressions are overwhelming for the display, we’d say. The performance too has caught us off guard. It has been a notion that Windows Phones are always fluid, so with that in mind, we started using the Lumia 1520, only to find it even faster and more fluid than any Windows Phone we have used. The power of the Snapdragon 800 chipset really shows, and we will be showing you how it performs in games, soon. 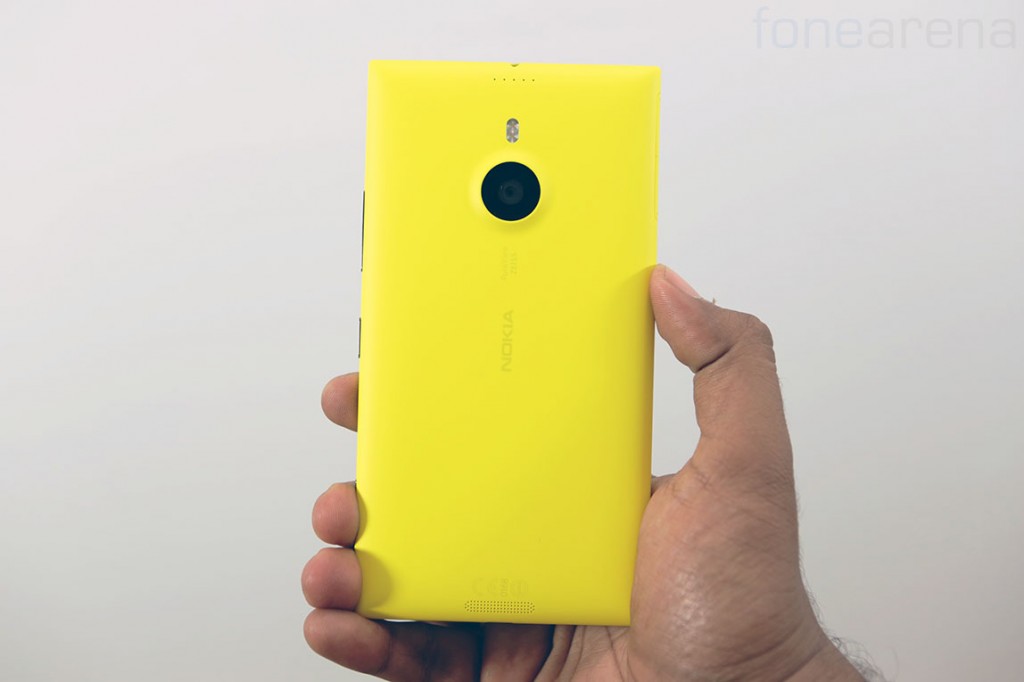 Another thing we noticed is how thin the phone is. Measuring just 8.47mm of thickness, the phone surprisingly felt less daunting on my hands, and the 209g of weight seemed to have been equally distributed enough to not make it heavy. After using the bulky N1, the 1520 seems much easier to handle. The back of the phone and the overall design is very similar to the Lumia 720, except for the camera unit. That one resembles the Lumia 925 more, and is a 20.7 MP PureView camera with 2x high resolution zoom thanks to oversampling at 5MP. It also has four rich recording omni directional mics for video recording and it should hopefully sound as good as the Lumia 1020. Coming to software, the phone runs Windows Phone 8 GDR3 with Lumia Black firmware update, which enables several new features like notifications for glance screen, RAW for Nokia Camera app and more. We found the scaling to work on the homescreen but generally, every other UI component seems scaled up, and not scaled appropriately for the screen size.

The People hub still has that huge font, the keyboard is like its magnified(could have had a number row if smaller), the app bar buttons are comically bigger(even the hardware buttons feel smaller) and frankly, it feels like Windows Phone needs more work. As if it didn’t have enough to be done already. We hope Windows Phone 8.1 changes this, but of course, there is a lot more of the Lumia 1520 that we haven’t seen and experienced yet, so we will be letting you know in our full review some time later. Till then, watch the above video again, in case you want to see how the 1520 looks in hardware, as well as software.

More pics of the box contents –