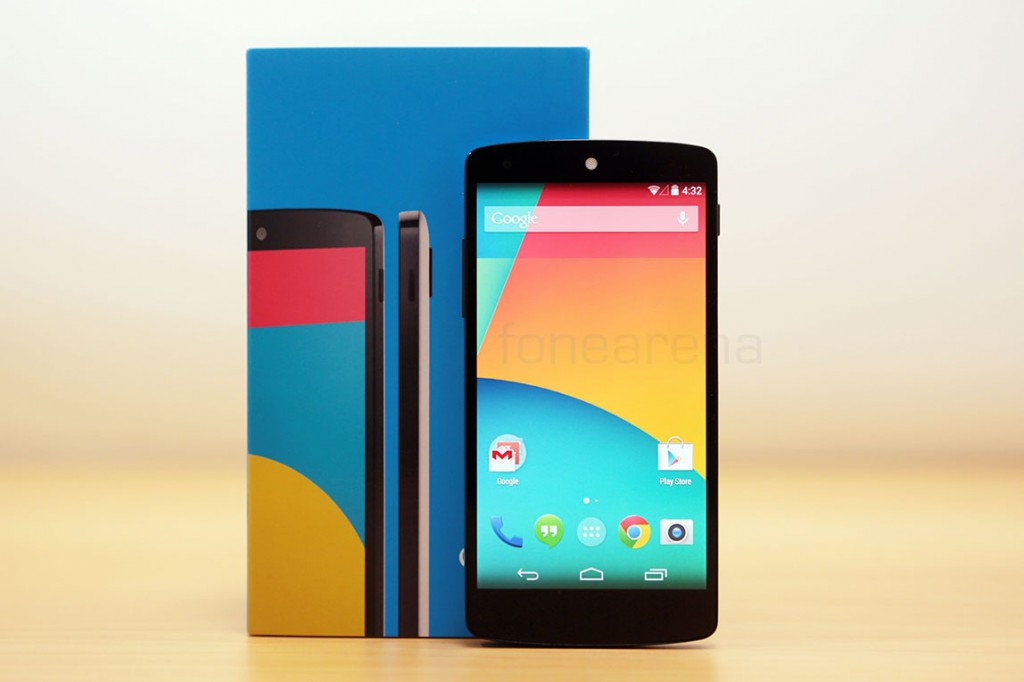 The box and the contents were typical Google-style, with it reminding us of the Nexus 7 2013 box. As expected, there was no headphones in the box, here are all of its contents – 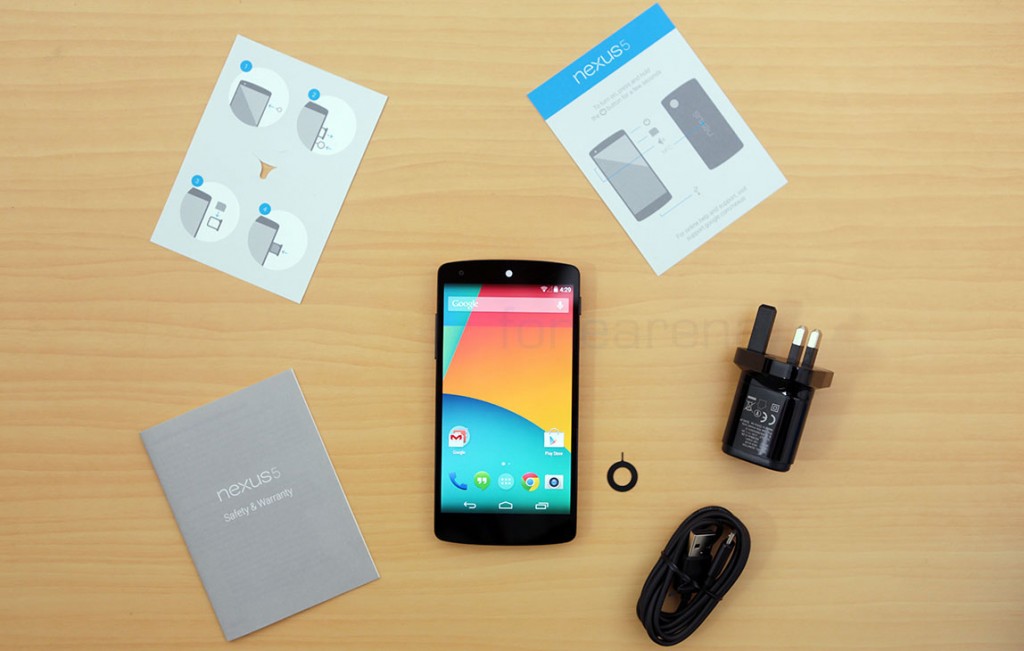 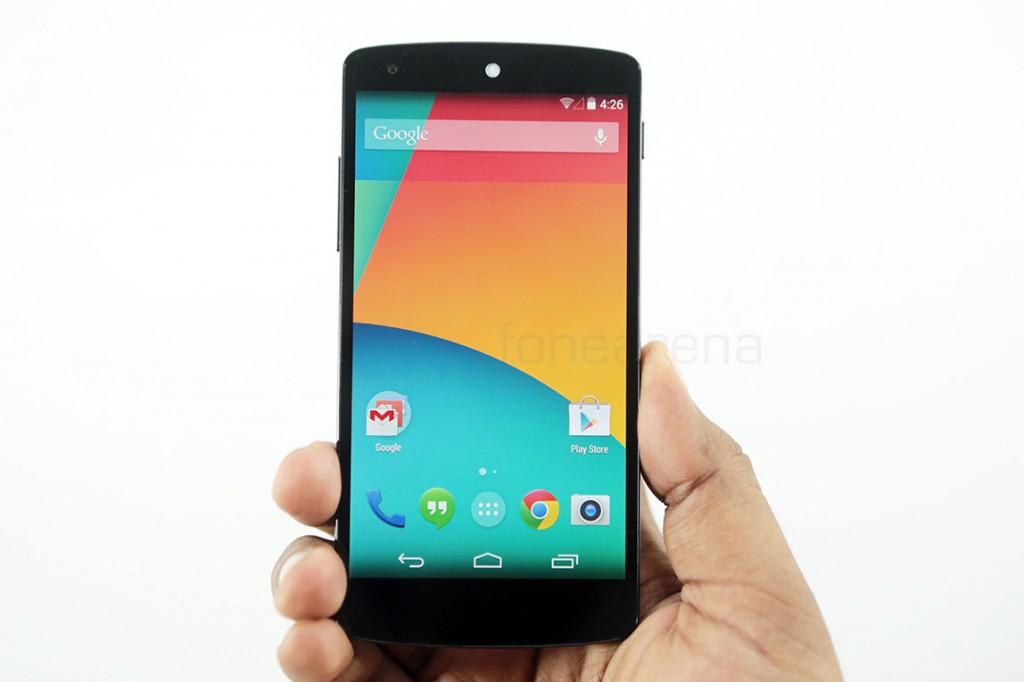 Coming to the phone now, the Nexus 5 has a 16:9 1920×1080 4.95 inch display on the front, so, as you can notice from the image above, it’s narrower than the Nexus 4. The display is great to look at, but we were somewhat bothered by the highly reflective glass covering it, pretty similar to that of the Nexus 7 2013 version. While it is a white phone, the front and the sides are still just black, with the only exception being the circular ear piece that’s white. Interesting design decision here. Talking of decisions, we wonder why they decided to keep the sides glossy, especially when the back is matte plastic. 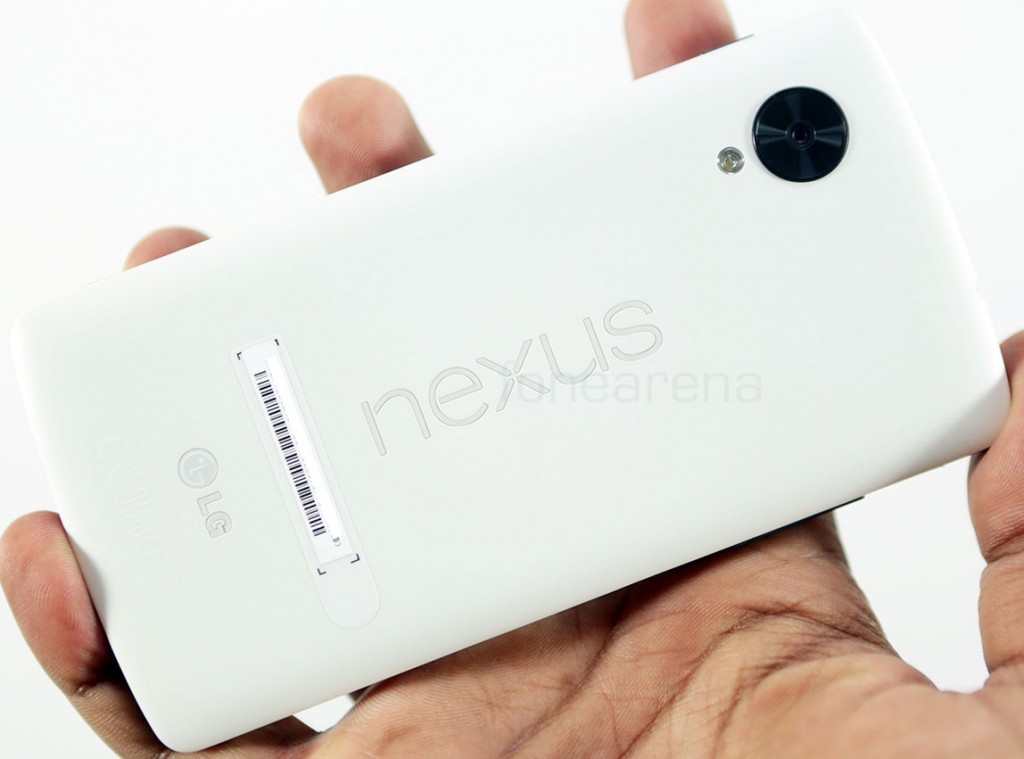 This is the back, which looks very similar to the Nexus 7 2013 in terms of style but actually feels way different. The matte plastic has nice curves to accommodate your hands well, and is smooth to touch rather than soft. The camera unit sits ina sea of black concentric circles, with the single LED flash right below. The feel is great and the white version looks even better in real than in photos. “So far so good” seems to be theme of our first impressions and we hope it doesn’t change in the course of time. Anyways, we will have a lot more to talk about, in our full review of the Nexus 5, so keep an eye on the blog for the upcoming updates. Also be sure to subscribe to our YouTube channel where a lot of content around the Nexus 5 is scheduled to go live.

Photos of other box contents here –