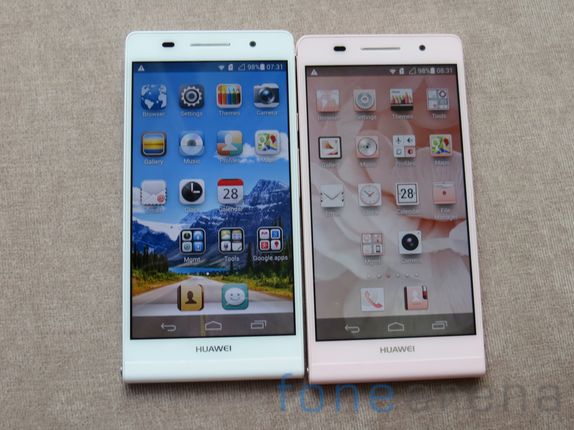 Huawei Ascend P6, the company’s latest flagship smartphone went on sale in India earlier this week. We brought you the unboxing of the device earlier today. Here we have the benchmarks of the device. The Ascend P6 has a 4.7-inch (1280 x 720 pixels) display based on in-cell LCD screen technology and is powered by a the Huawei’s own K3v2 processor developed by HiSilicon Technologies from Huawei. It has four 4 ARM Cortex A9 cores based on ARMv7 architecture. The chip is based on 40nm technology. It has a 16-core Vivante GC4000 GPU. Huawei used the same chip in the Ascend Mate that we reviewed earlier this year. 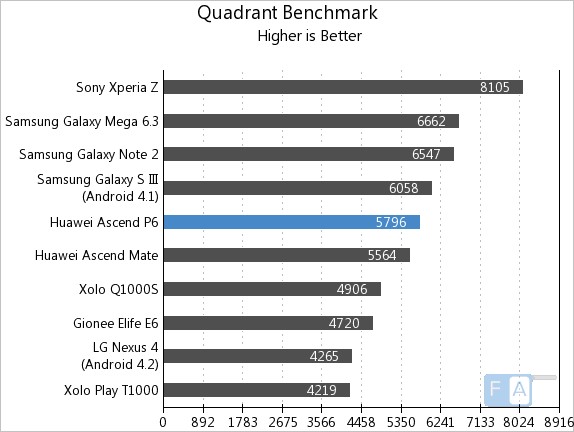 The Ascend P6 could easily some smartphones including the Ascend Mate in the Quadrant benchmark, but it couldn’t beat the Xperia Z or the Mega 6.3. 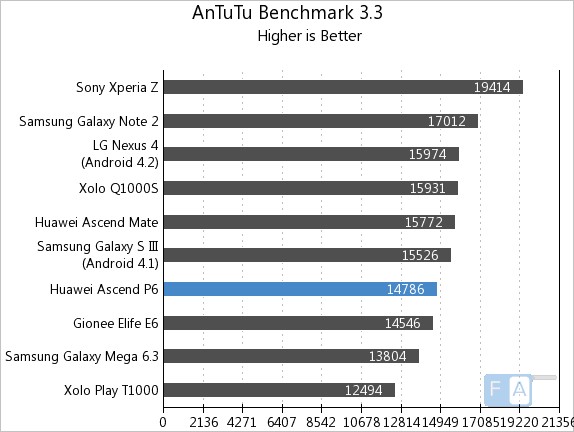 In the AnTuTu benchmark 3.3 the Ascend P6 scores less than the Ascend Mate and lies behind the S3. 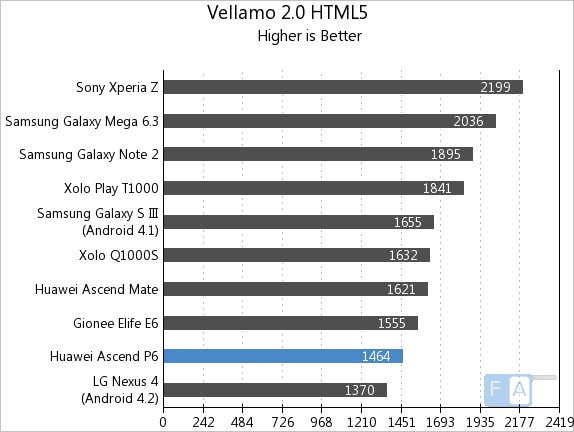 In the Vellamo 2 HTML 5 browser benchmark, the Ascend P6 manages to score 1464 points. 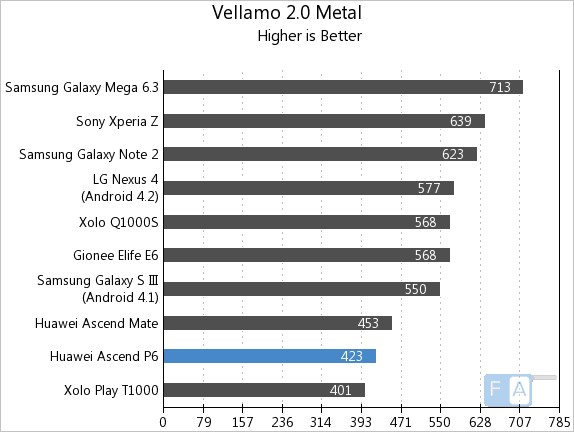 The Ascend P6 manages to score 423 points in the Vellamo 2 Metal benchmarks that measures the CPU subsystem performance . 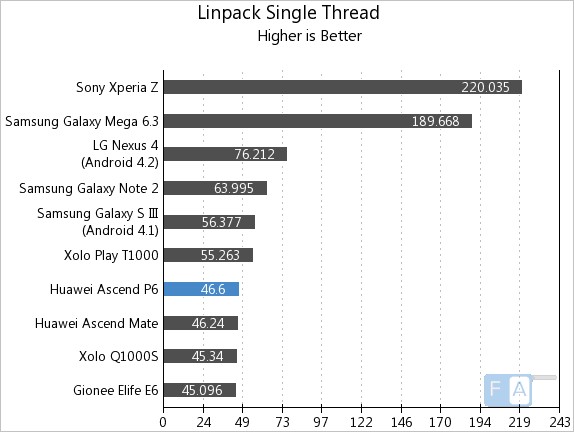 It manages to clock 46.6 MFLOPS in the Linpack single thread benchmark, better than the Ascend Mate. 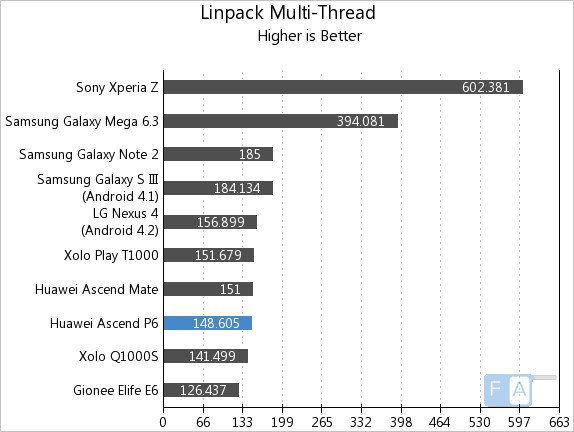 However the smartphone clocks around 148 MFLOPS in the linpack multi-thread benchmark. 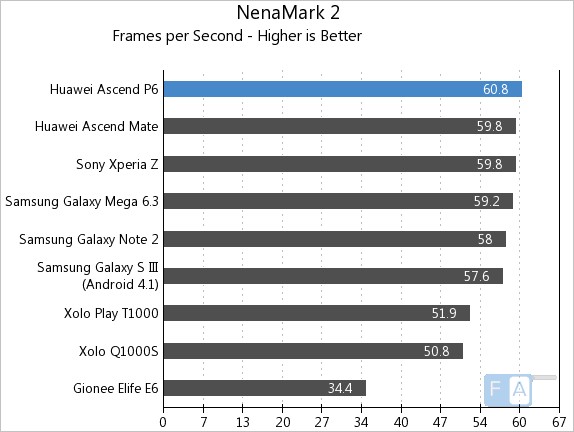 It tops the NenaMark 2 GPU benchmark by clocking 60.8 fps. 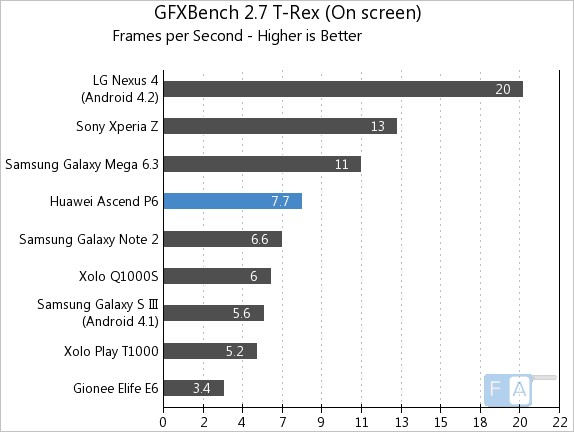 It managed to clock 7.7 fps in the GFXBench 2.7 T-Rex (On screen) benchmark, better than the Note 2. 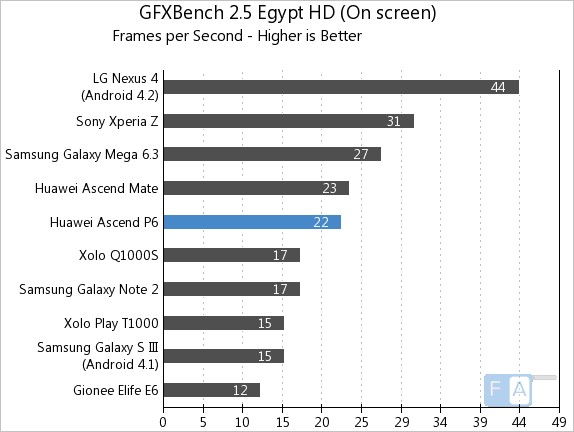 It clocked 22 fps in the GFXBench 2.5 Egypt HD (On screen) benchmark and lies behind the Ascend Mate. 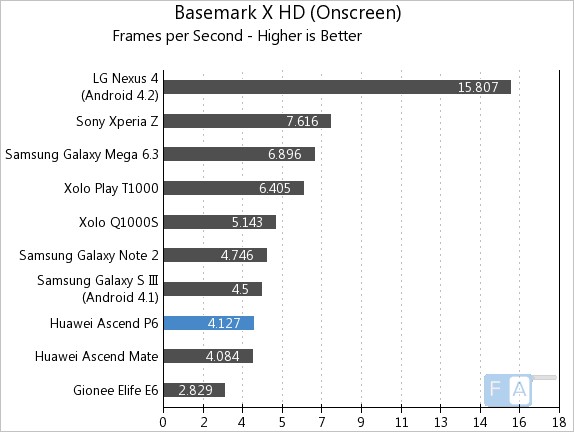 It manages to clock just 4.12 fps in the Basemark X HD OnScreen benchmark. 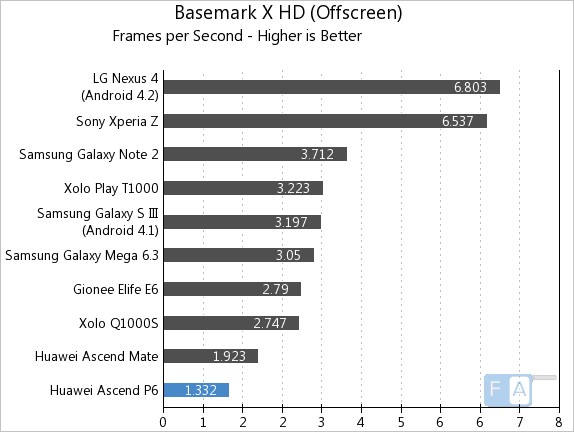 It manages to clock just 1.33 fps in the Basemark X HD OffScreen benchmark. We will bring you the complete review of the smartphone soon, in the mean time check out hands-on images of the Ascend P6.