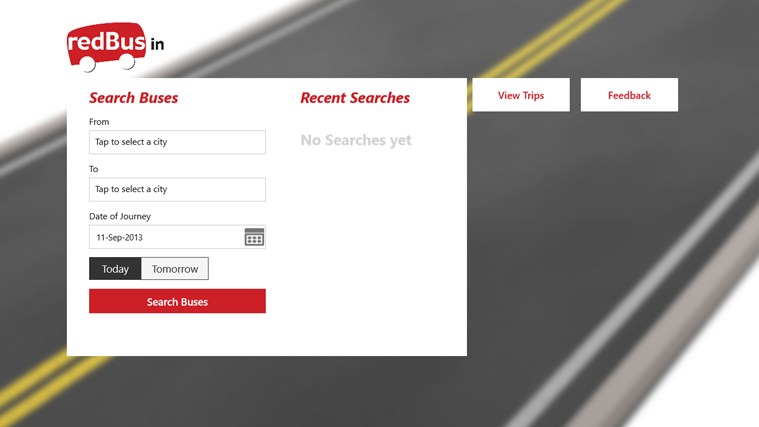 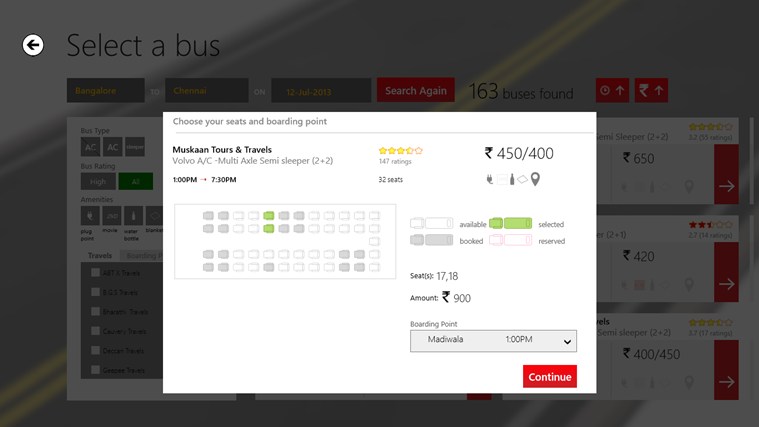 As mentioned earlier, the app features a neat metro UI for both Windows 8 and Windows Phone 8 and works with all devices, including the Lumia 520. With the official IRCTC and RedBus.in apps, Windows looks increasingly like the go-to app experience for ticketing in India. The official description for the Windows 8 app goes like –

Official app from redBus.in! India’s largest bus ticketing company. redBus.in (also known as redBus), now available as Windows Store App. With this app, you can search and book for more than 10,000 routes that are available on redBus.in website. This app provides 100% secure (SSL based) payment for credit cards, debit cards and net banking. You can also book cash on delivery tickets. So go ahead and book your bus tickets with ease of mobile and power of redBus.in.

And here’s what’s new in the Windows Phone app –

You can download the apps for Windows 8 here and Windows Phone 8 here. So, are you already using this app? What do you think of the experience? Let us know in the comments section below.