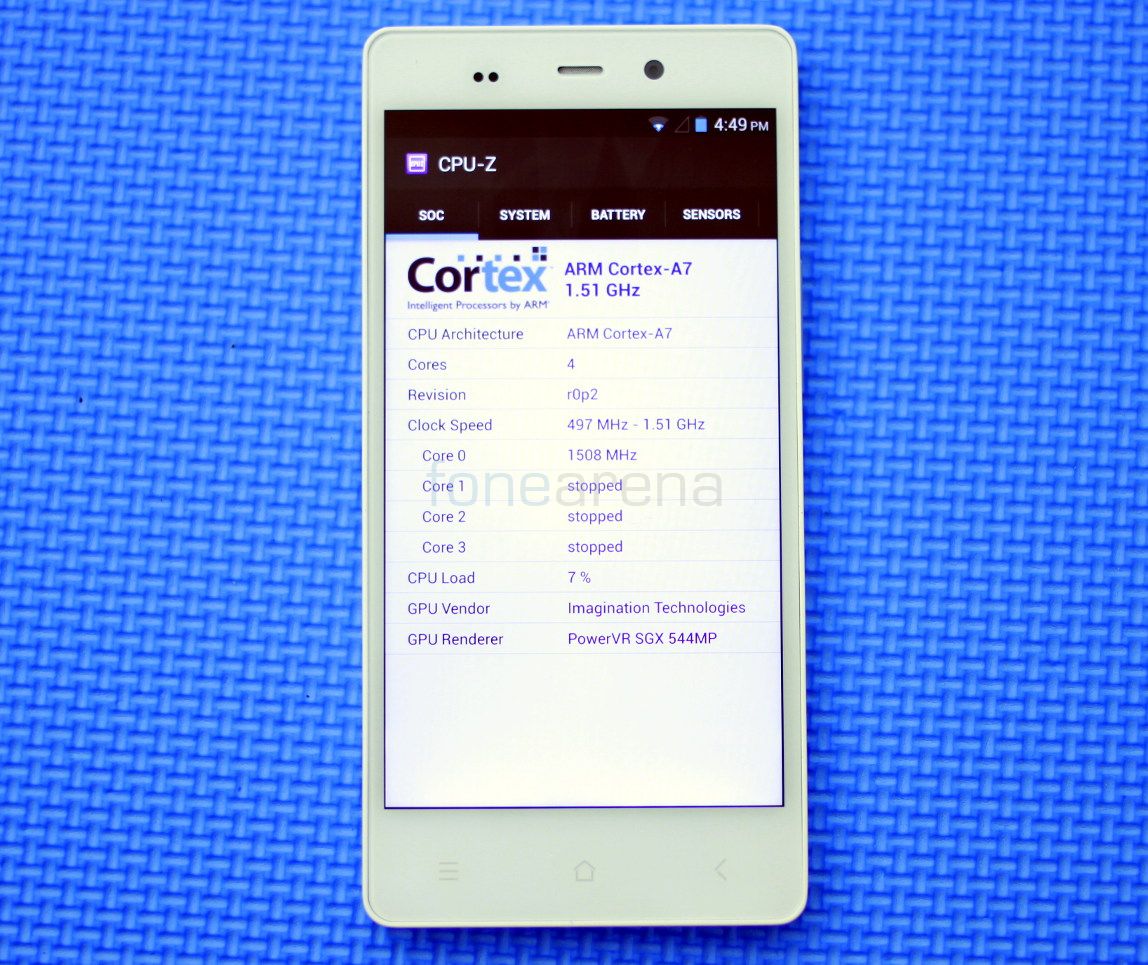 Gionee launched the Elife E6 in India last week. We brought you the unboxing of the device recently. Here we have the benchmarks of the device. It is powered by a quad-core MediaTek 6589T processor clocked at 1.5 GHz with PowerVR SGX 544MP GPU similar to the Elife E5. Even though this has a faster processor, this has a high-resolution display, so the GPU scores would be less than the Elife E5 that we reviewed recently. It has a 5-inch (1920 x 1080 pixels) full HD display based on one-glass solution (OGS+) technology and Gorilla glass 3 protection and runs on Android 4.2.1 (Jelly Bean) with Amigo UI. Let’s find out how this compete with other devices in range of synthetic benchmark tests. 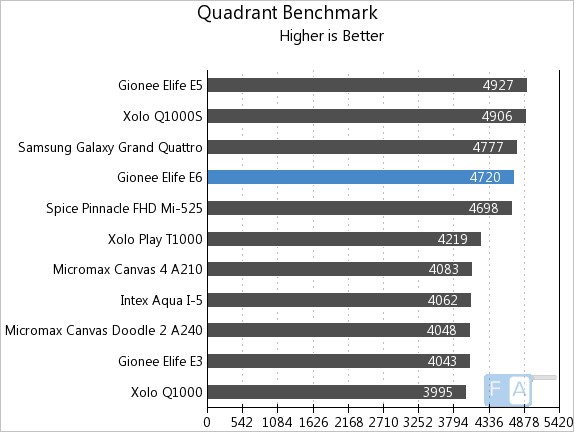 The Elife E5 tops the Quadrant chart, but the Elife E6 is just above the Spice FHD phone. 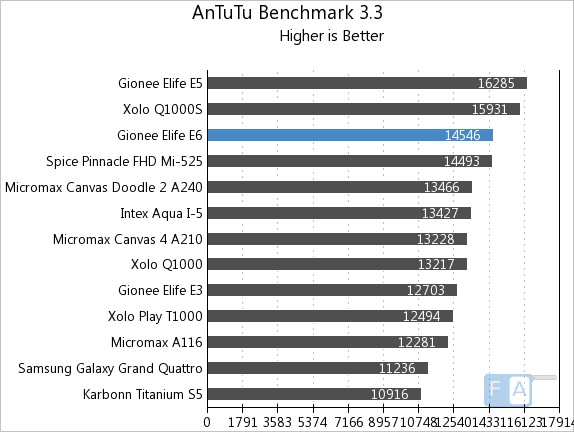 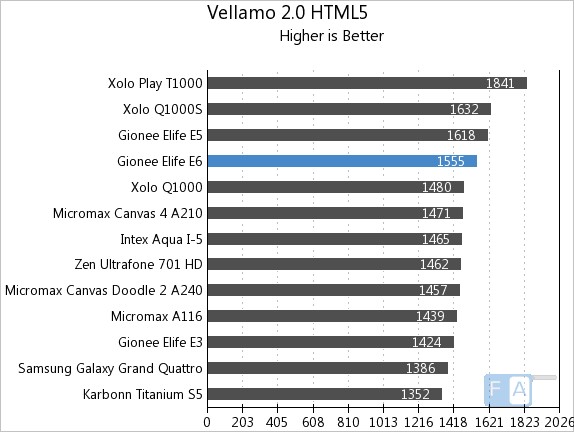 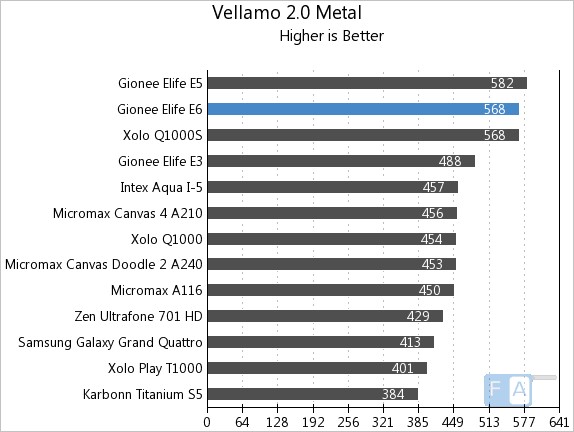 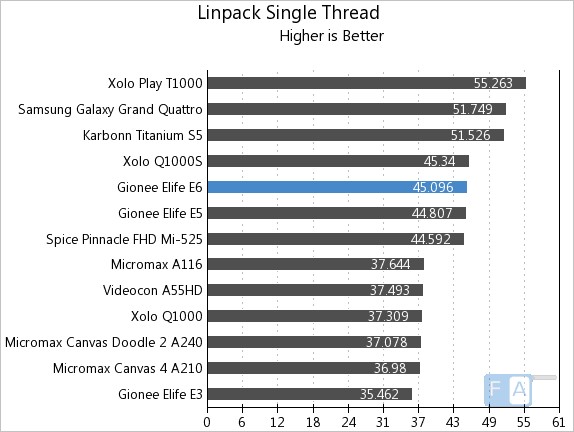 The Elife E6 clocked around 45 MFLOPS in the Linpack single thread benchmark. 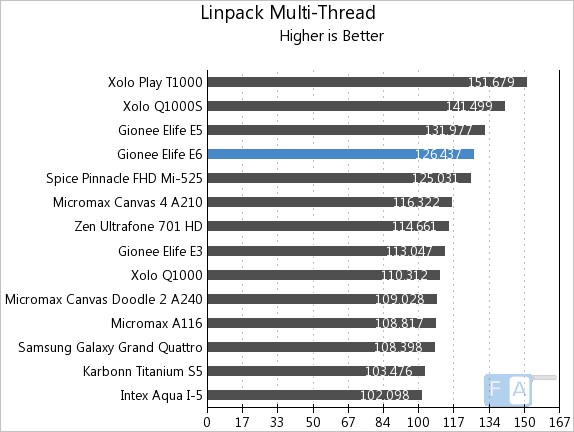 In the Linpack multi-thread benchmark, the Elife E6 clocks around 126 MFLOPs. 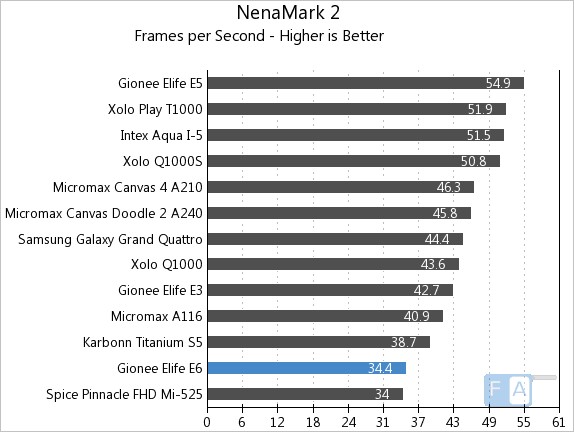 Since the phone has a full HD screen, it manages to clock just 34.4 fps in the NenaMark 2 GPU benchmark. 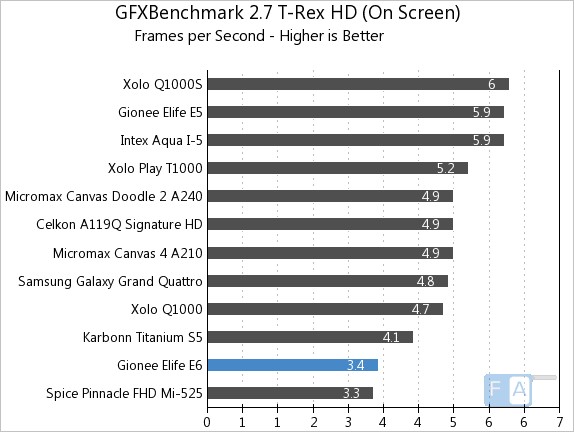 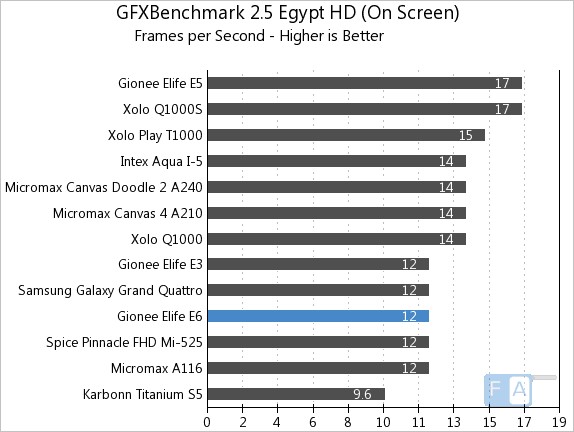 In the GFXBenchmark 2.5 Egypt HD it clocks 12 fps, similar to most of the smartphones. 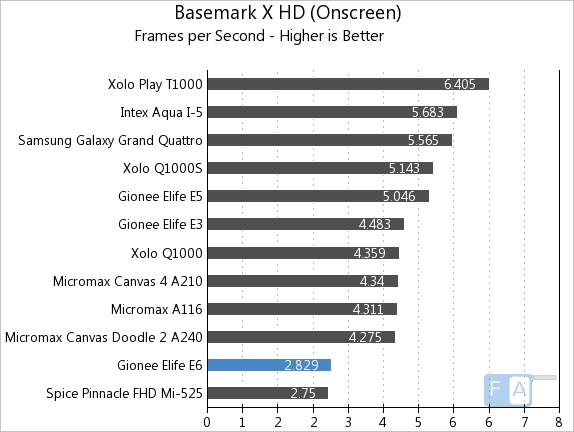 It manages to clock 2.8 fps in the Basemark X OnScreen benchmark. 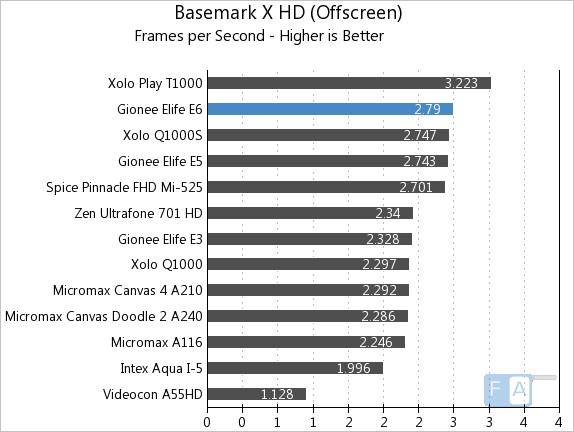 It clocks 2.7 fps, better than the Elife E5 and the Q1000S, powered by a similar processor. We will bring you the complete review of the phone soon.