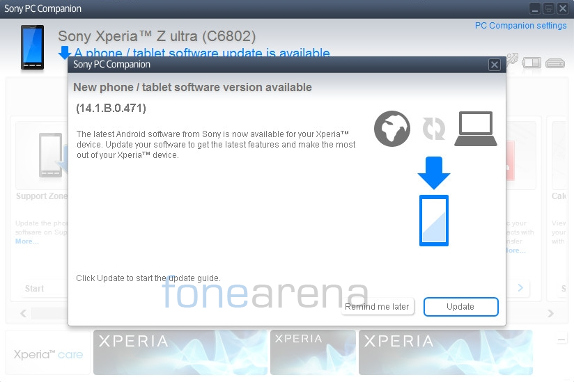 Sony Mobile has started rolling out the first firmware update v14.1.B.0.471 for the recently launched Xperia Z Ultra (C6802). The stock firmware is 14.1.B.0.461, so this might be a minor change. The baseband version and the kernel version has a minor change. The new firmware has a build date of July 19th. There is no changelog so this might be a an update to fix some bugs and improve the performance of the device. We did not notice any changes or any new apps on the device after the update.

Last week Sony announced the list of devices that would get the Android 4.3 update. Since the Z Ultra is the flagship device. It is also present in the list. It has promised faster upgrade times, but did not reveal any time frame. Hope the Z Ultra would get the update soon. 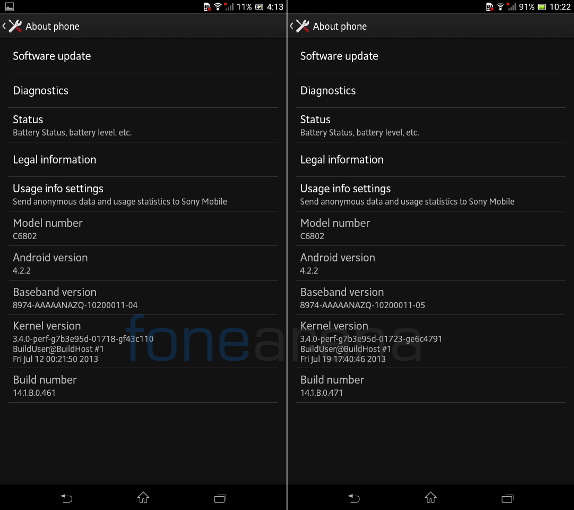 The update is not available over-the-air (OTA). You need to connect the device to a PC or Mac and update it via PC Companion on Windows/ Bridge for Mac. No details about the size of the update either. Did you get this update on your Xperia Z Ultra ?  Did you notice any changes or performance improvements ? Let us know !