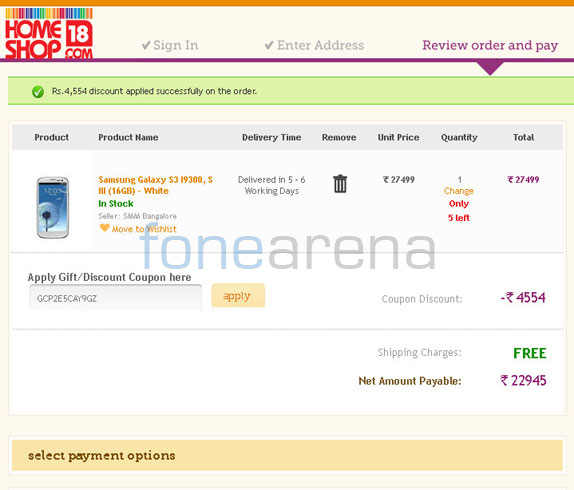 Homeshop 18 is back with an exciting deal.  If you are looking to buy a Samsung Galaxy S3 or Galaxy Grand for a nice discount and don’t mind a slightly older phone in the quest for saving some bucks, here is your turn.The Samsung Galaxy S3 will cost you Rs.22495 only after a nice fat discount of Rs.4554. The Galalxy Grand Duos will cost you Rs.16495.

Head over to Homeshop18 and apply a discount coupon. One of the colours of the Galaxy Grand Duos is already out of stock. The S3 might got out of stock soon. I have personally purchased a lot of stuff from Homeshop18 including a 64GB iPad 4 on the site and was satisfied with the purchase.

Here are coupons for grabbing the deal before it expires :