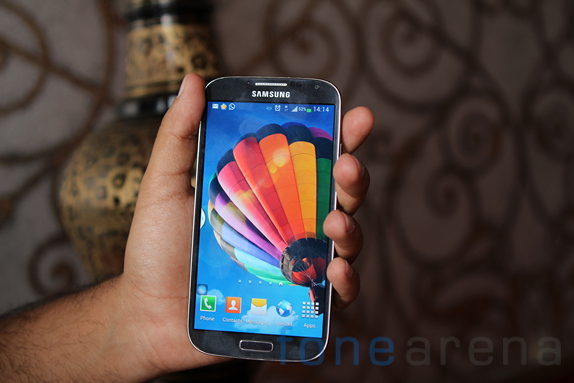 Samsung launched the Galaxy S4 in India last week. We brought you benchmarks of the Galaxy S4 powered by the Exynos 5 Octa last week. Here we have the results for the Galaxy S4 powered by a Snapdragon 600 processor clocked at 1.9 GHz. The Exynos version uses Samsung’s ARM big.LITTLE architecture with fours Cortex A15 chips clocked at 1.6 GHz and four Cortex A7 chips running at 1.2 GHz. The Exnos 5 Octa chip has a PowerVR SGX544MP3 GPU and the Snapdragon 600 chip has a Adreno 320 GPU. Let’s see how these two phones perform in various benchmark tests. 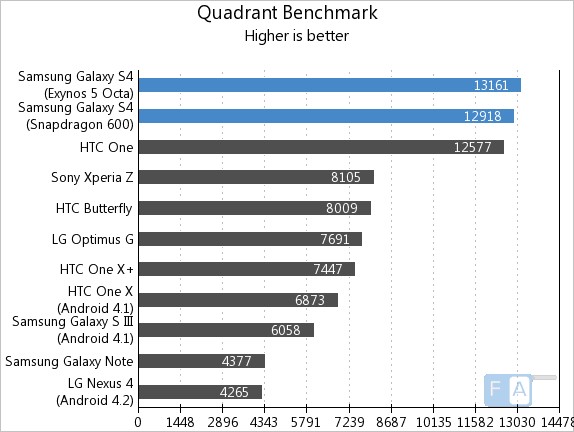 The Exynos 5 powered Galaxy S4 tops the Quadrant benchmark, and the Snapdragon 600 version is catching up in the second place. 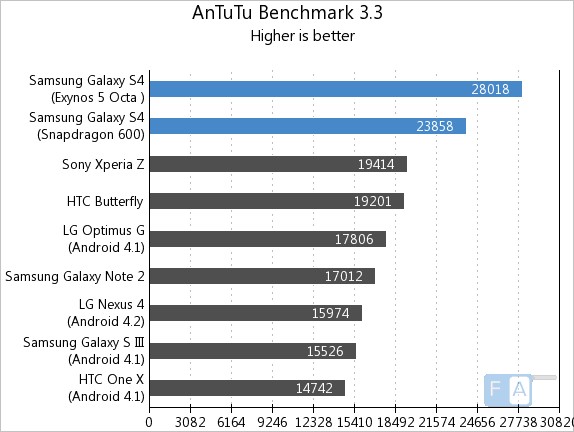 Again both the versions of the Galaxy S4 tops the AnTuTu Benchmark 3.3. 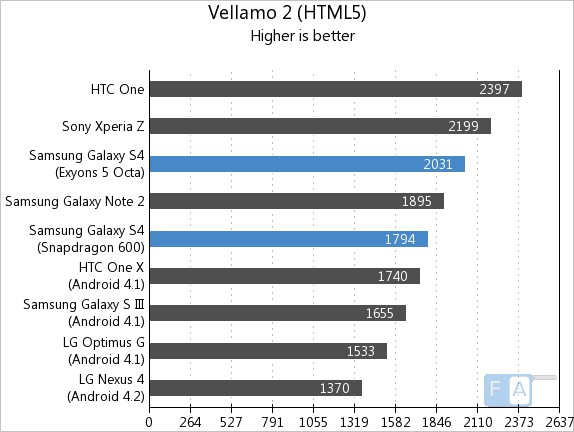 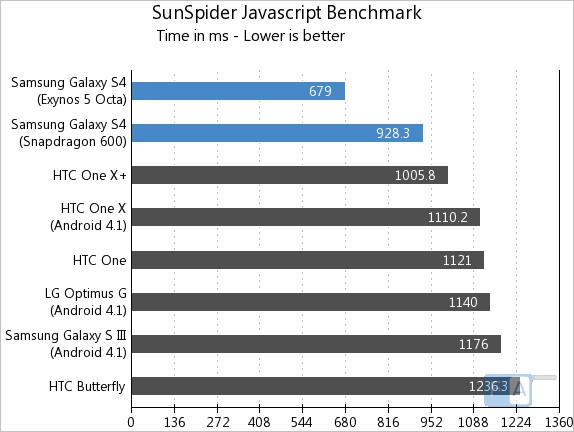 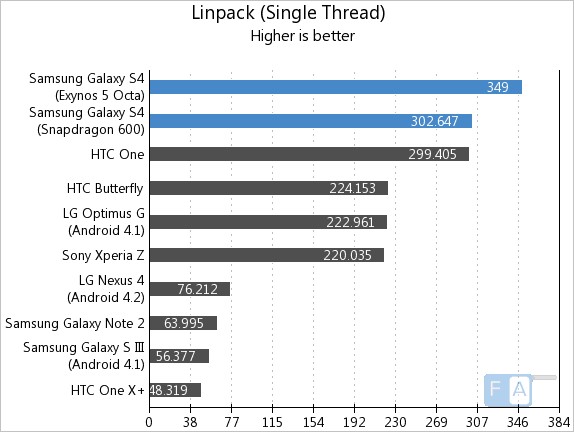 The Exynos version tops the Linpack single thread benchmark with the Snapdragon version following it. 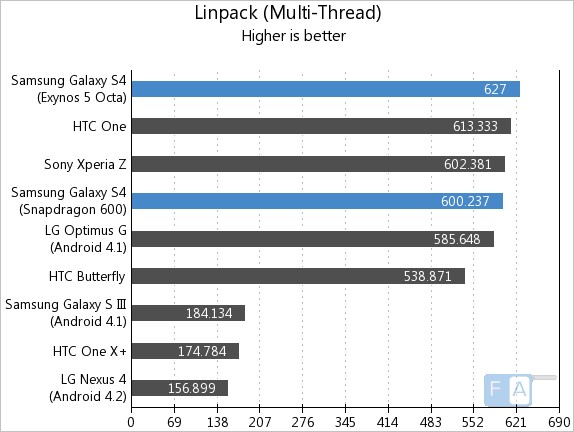 Here the Exynos-powered S4 tops the Linpack Multi-thread benchmark, and the Snapdragon-powered S4 holds the 4th place with 600 points.Scores vary based on the Linpack free and Pro versions. Since the values were low in the Pro version, we have used the free version. 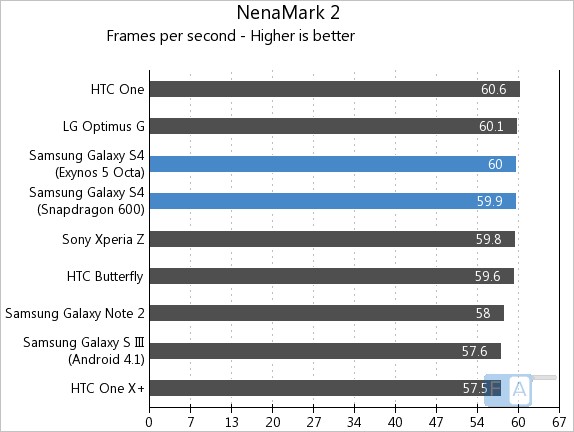 The NenaMark 2 scores are almost similar between both the versions. 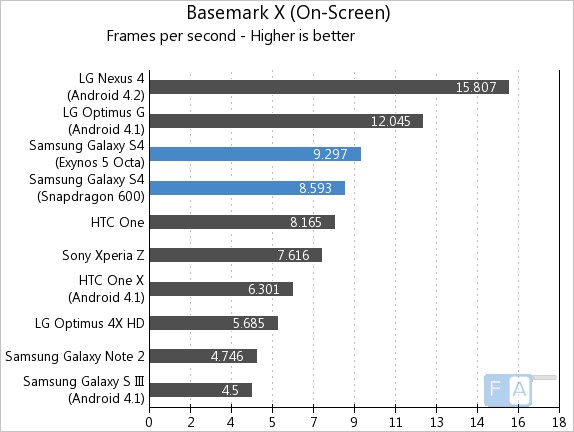 Here the Exynos version is above the Snapdragon one in the Basemark X On-screen GPU benchmark. Since this one is tested on the native resolution, Nexus 4 is top of Galaxy S4. 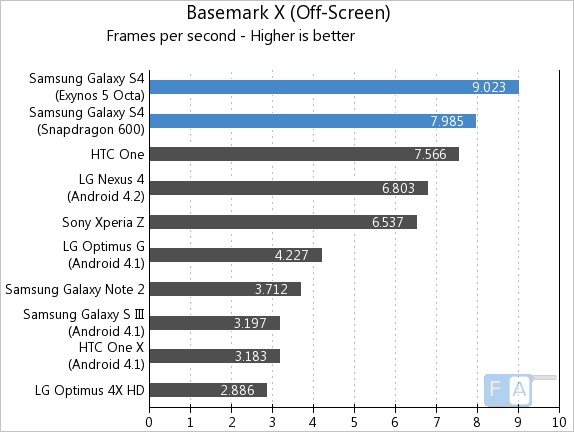 In the BaseMark X Off-Screen benchmark both the S4s are on top pushing the HTC One to the 3rd spot. 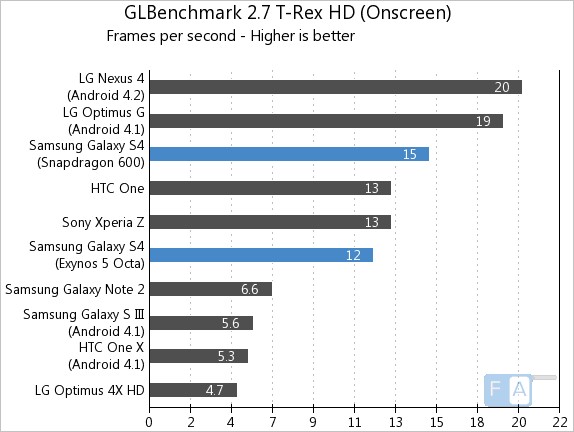 Here the Snapdragon 600-powered device with a Adreno 320 GPU is a clear winner clocking 15 fps, which the PowerVR SGX544MP3 GPU in the Exynos 5 version clocked just 12 fps. 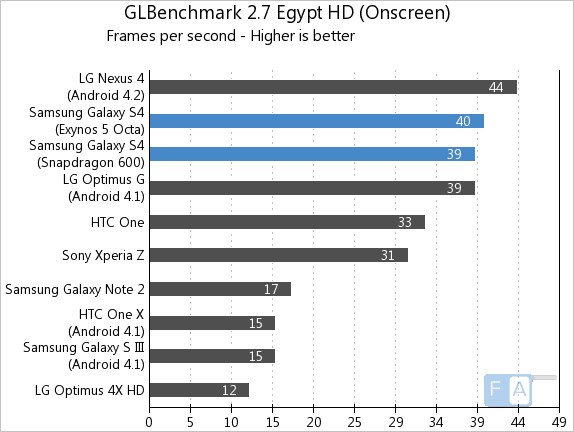 Here there is just 1 fps difference between the two.

Sandeep Sarma contributed to this report