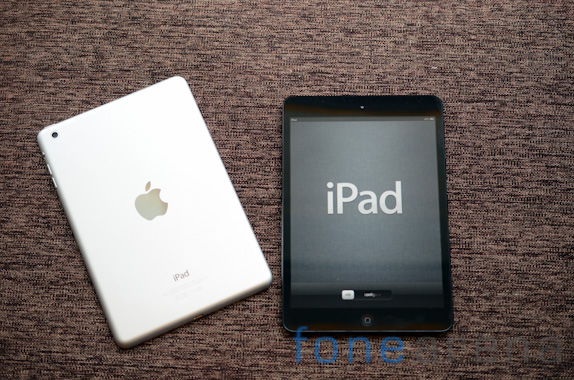 Apple and Samsung are once again the leading tablet vendors by shipments in Q1 2013, according to a report by Research Firm IDC (International Data Corporation). The worldwide tablet market grew  142.4% year-over-year in the Q1 2013, with shipments of 49.2 million, compared to 20.3 million units in the Q1 2012. Apple shipped 19.5 million units of iPad in Q4 2012, beating IDC’s forecast of  18.7 million units. This is a 65.3 percent increase year-over-year, but the market share is down to 39.6% compared to 43.6 percent in the last quarter. Apple reported quarterly revenue of $43.6 billion and quarterly net profit of $9.5 billion in their last quarter. 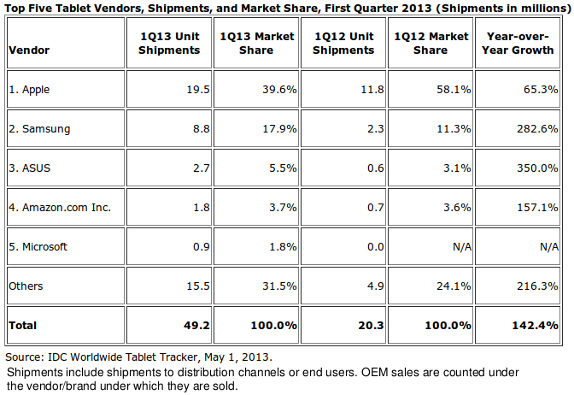 According to the tablet above, Samsung holds the second spot with 8.8 million shipment and 17.9% market, that are better than the previous quarter. It has 282.6% growth year-over-year. Asus has jumped to the 3rd spot over taking Amazon. Asus now has 5.5% market share and sees a whopping 350% growth YoY. Microsoft that was out of the tablet market race till now grabs the 5th spot by shipping 900 thousand units of Surface RT and Surface Pro tablets and has 1.8% market share.