Following the lead of the Xperia Z, Sony has introduced a companion mid range offering ie the Xperia SP. Part of the upper mid range Android phone segment, the handset offers a great blend of features and performance while maintaining an affordable price. 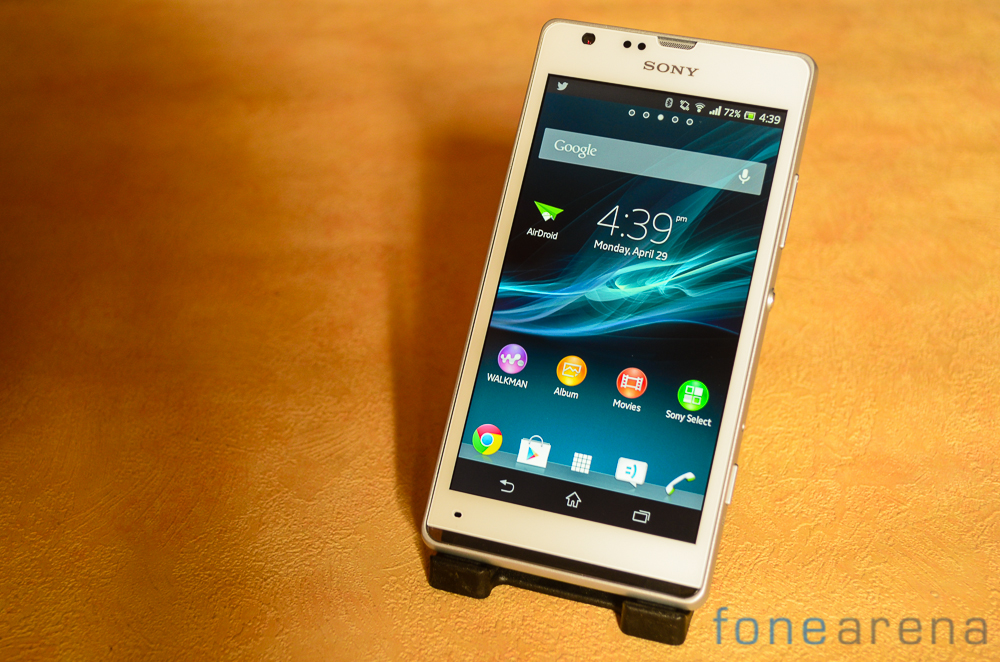 Does the Sony Xperia SP have what it takes to compete with tough competition from erstwhile flagships like the HTC One X or can it hold its own ? Read on to find out.

We unboxed the Sony Xperia SP a few days back and have included the video below for your perusal.

The retail package contents include:

Sony has a history of making great looking handsets. While not as iconic as some of HTC’s offerings or for that matter handsets from their own stable, the Xperia SP does manage to stand out. The transparent light bar at the bottom goes a long way in facilitating that. 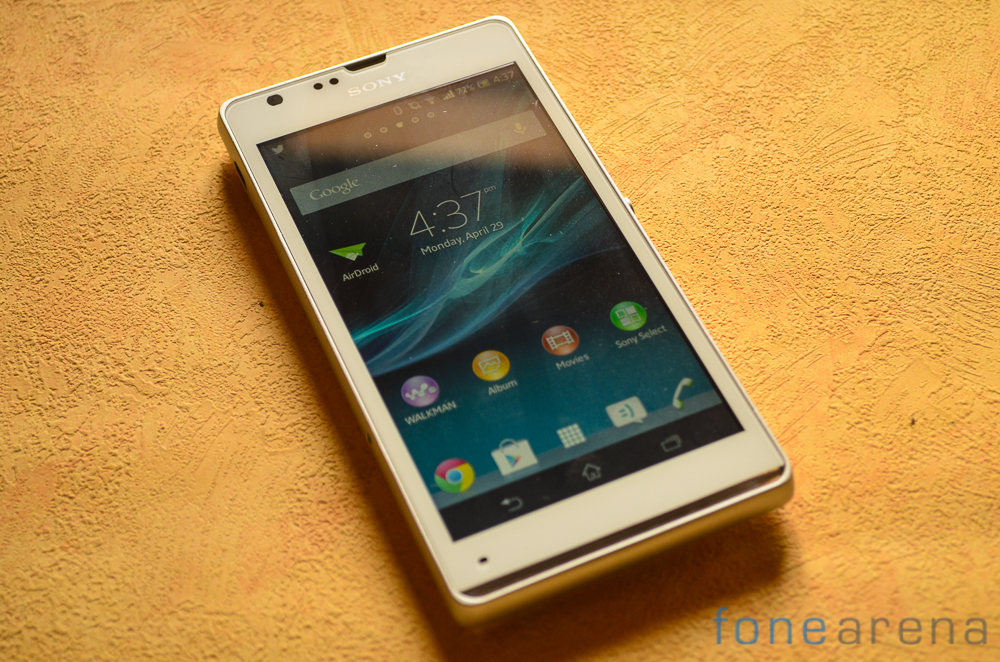 The front of the phone has a 4.6″ screen that is surrounded by a fairly thick bezel. Despite having onscreen buttons, the bezel extends quite a bit in the lower half of the phone and ends in a transparent bar. 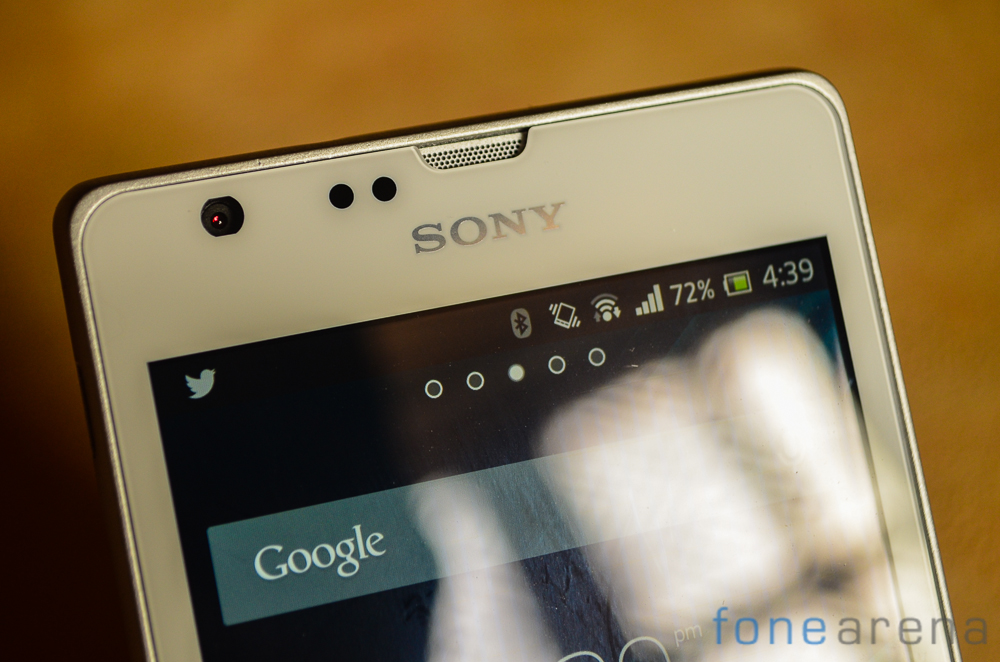 Over at the top of the phone you can spot a VGA front facing camera module. An ambient light sensor can be seen to its right. 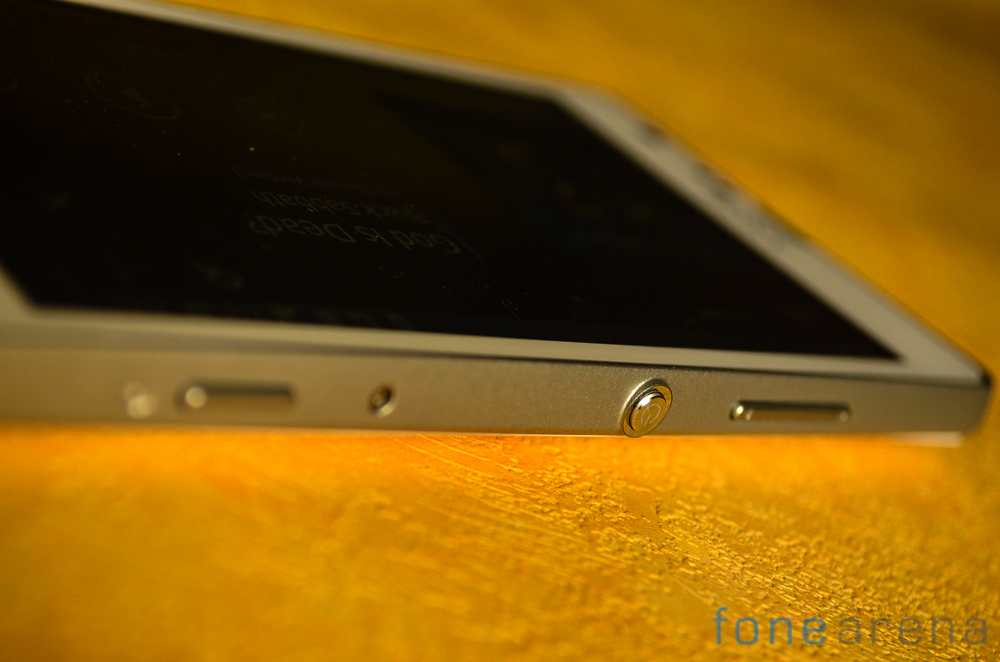 While the front and back of the phone are regular plastic, an aluminum band runs along the sides of the handset. The right side also has machined buttons for the volume rocker, power key and camera button. The left side is fairly clean with just a micro USB port available. 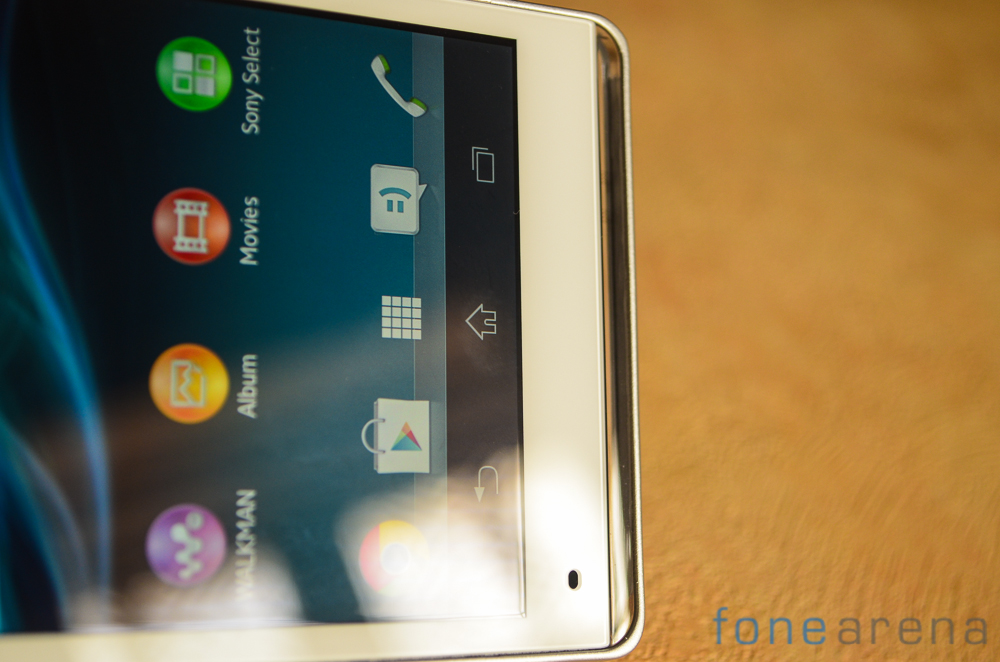 The lower half of the phone is where things get interesting. The Xperia SP does not have any capacitive buttons and makes do with onscreen controls. So in essence, the space below the display is wasted but Sony has further extended the lower bezel via a transparent light bar. 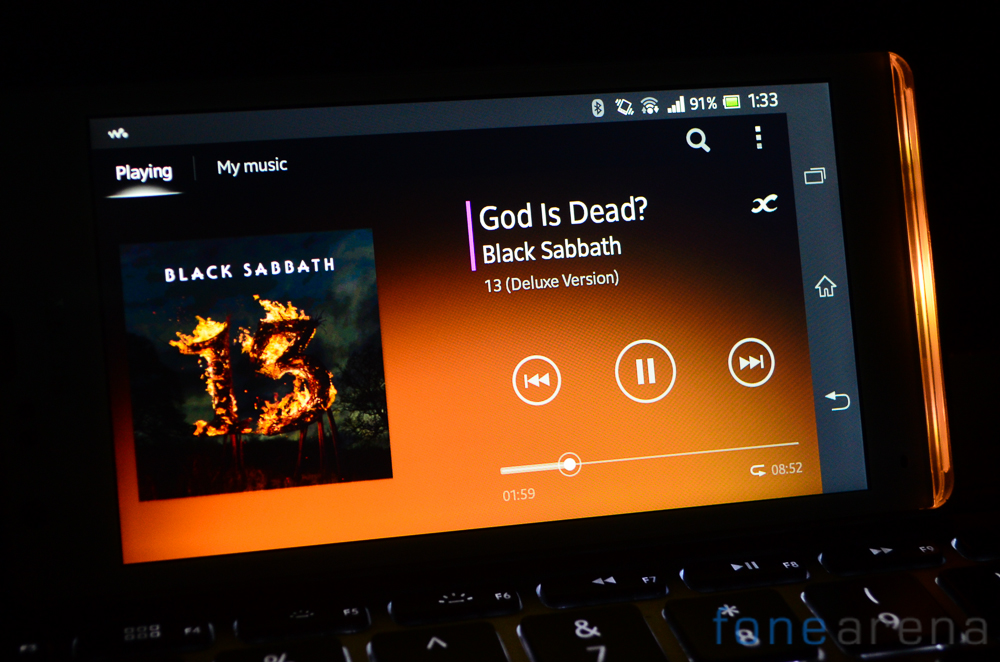 This light bar makes up for the lack of a notification light and can be configured to glow in a range of colors according to your choice. The light bar also averages out the color from an image in the gallery and glows accordingly. A third use case is in the music player where it reacts according to the music tempo. All in all, the addition is much welcome making the handset stand out and look incredibly cool though not the most understated. 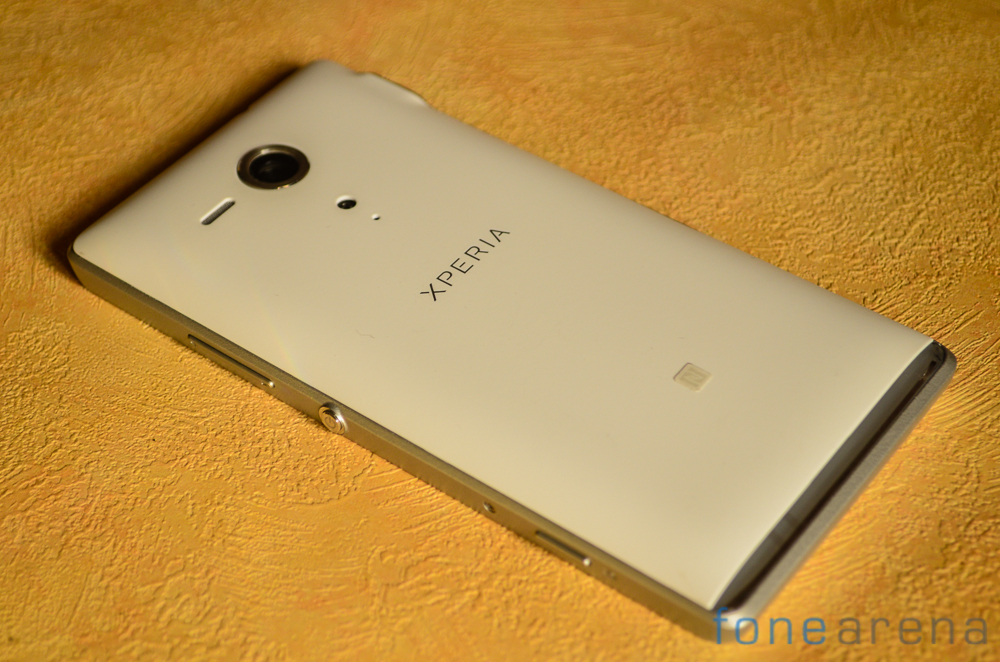 The back of the handset has the standard Xperia branding with an 8MP camera module above it. An LED flash can also be spotted. NFC branding has been embossed to show off the capabilities of the handset. The back cover of the phone can be removed to provide access to the microSD and microSIM card slots. Overall a very nice looking handset that stands out because of its subtle visual flair.

Sony continues to have its next-gen UI layer on top of all its Android running smartphones. Reminiscent of the UI layer on the Xperia Z, it has the same widgets and feature additions. Let’s just quickly walk through some of the more important aspects of the software package. 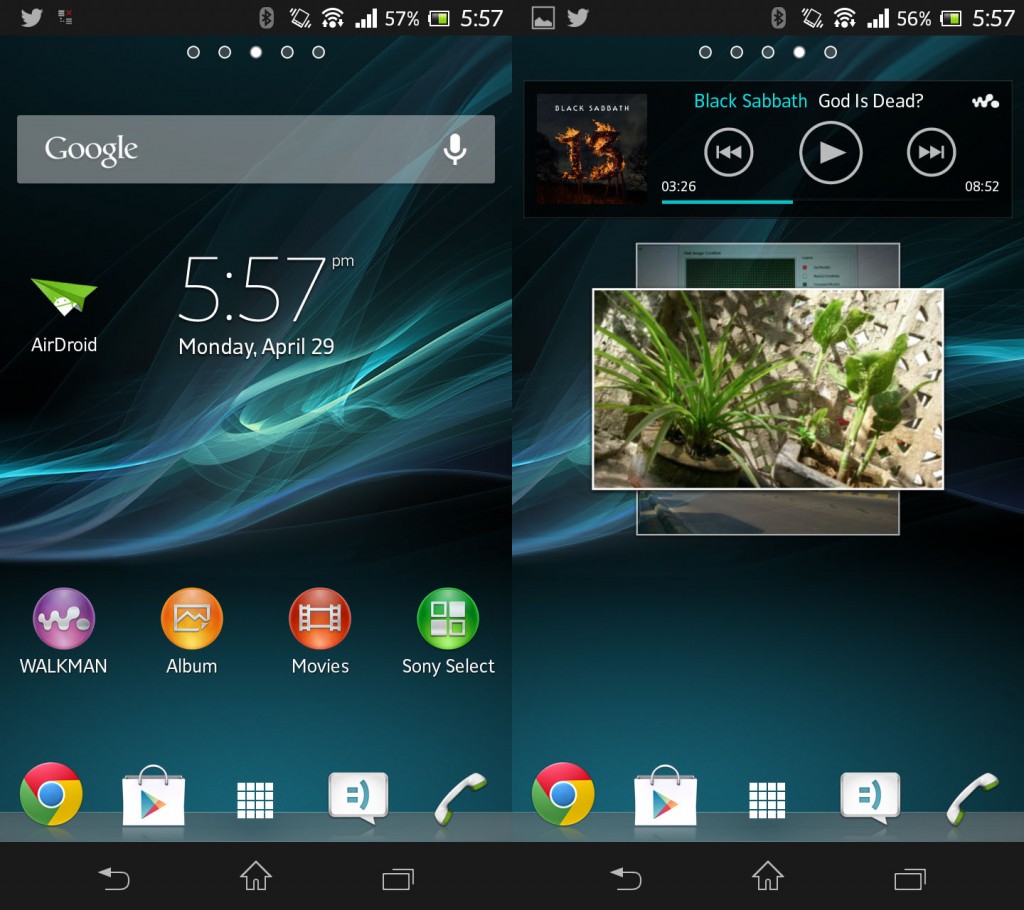 The launcher comes with the essential Sony services pre-pinned to the start screen. Users also get access to a range of widgets that vary in utility. 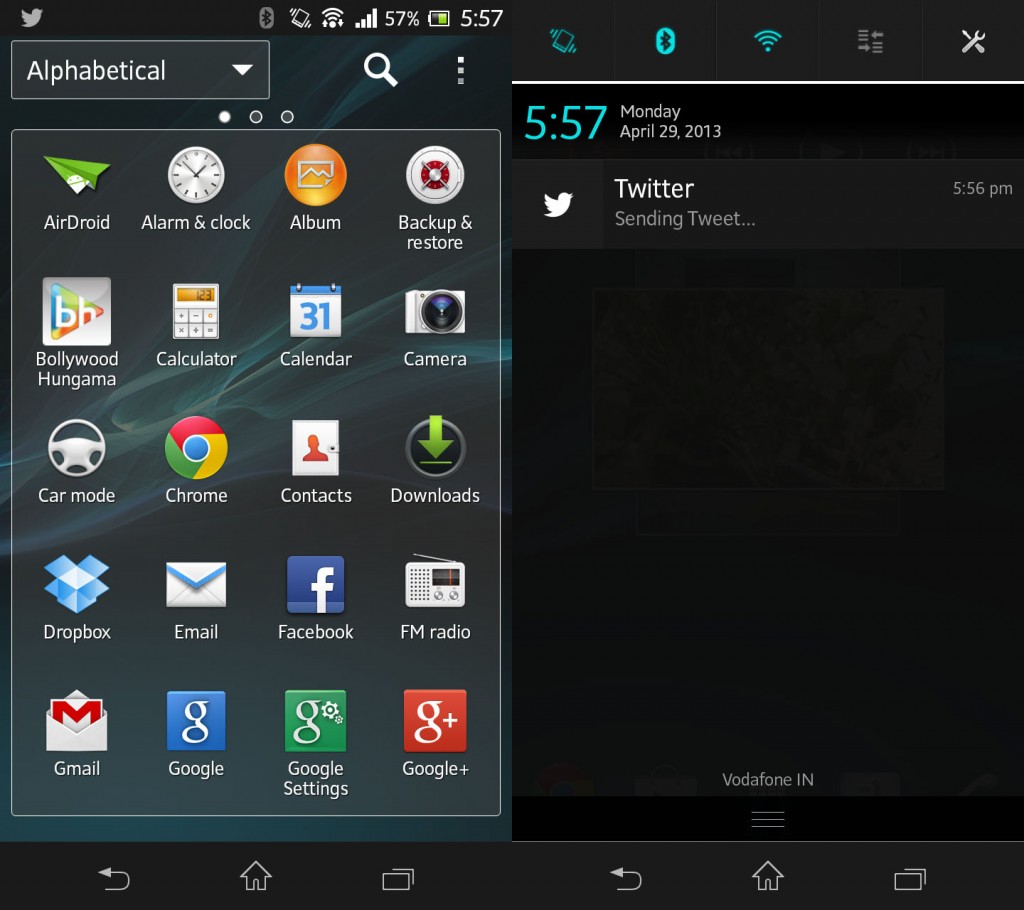 The app drawer can be reorganized to display apps in alphabetical, most used, recently installed or even your own custom order. There’s not much in terms of bloatware on board. Sony has bundled in a few of their own services and they remain unobtrusive for the most part. The notifications bar integrates quick access toggles. 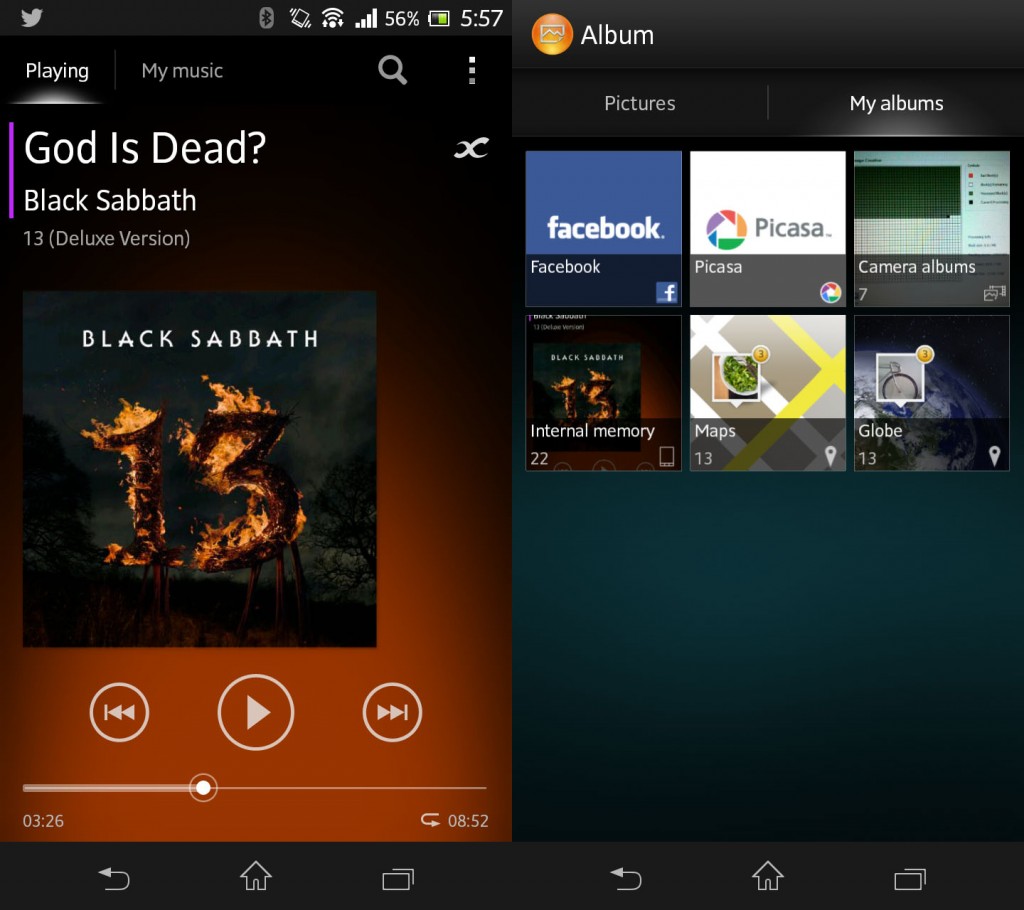 The Windows Phone 8 inspired music player continues to impress though perhaps not to the same extent as that installed on the HTC One. All the essentials are covered here. The photo gallery app goes the extra mile by integrating all popular imaging sharing services and providing a few interesting ways to view your images. We particularly liked the Globe Mode that places thumbnails of your images on a virtual globe on the basis of embedded geo tags.

The display is a mixed bag as is the case with most Sony handsets. While brightness and sunlight visibility is actually surprisingly good, the screen appears really washed out. 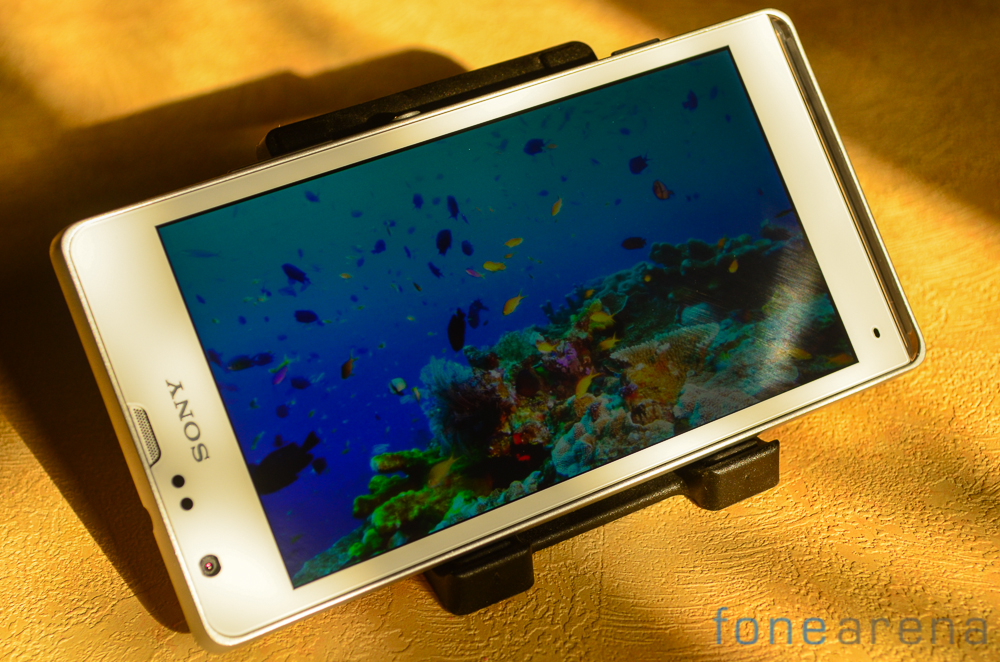 Black levels aren’t deep enough with dark areas in videos appearing a dull shade of grey. The resolution is great and everything appears sharp but the washed out nature of the screen isn’t something we ever got used to.

At the back of the Sony Xperia SP you can spot an 8MP camera module. This camera is accompanied by an LED flash. The camera can capture video in Full HD at 30 FPS. Sony’s camera application tacks on a range of additional features that may or may not be useful depending on your use case. By default in auto mode, the camera intelligently selects the scene and tries to shoot it in the best way possible. 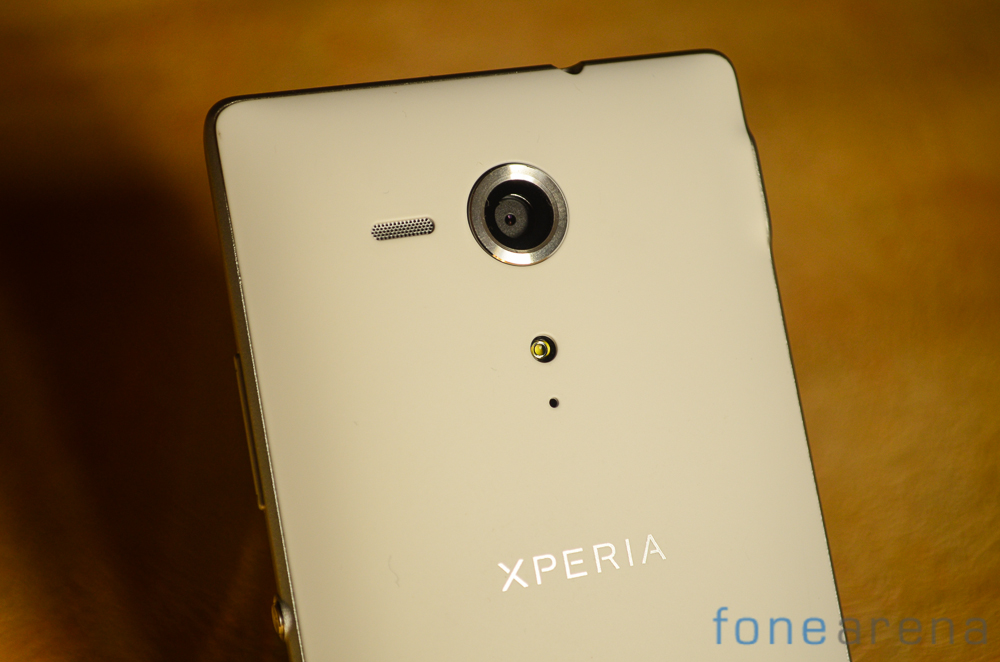 Image quality isn’t bad but is far from the best we’ve seen. Day light images are nice and vibrant if not a bit over saturated. In adequate lighting, the camera is quick to lock focus and take the shot. 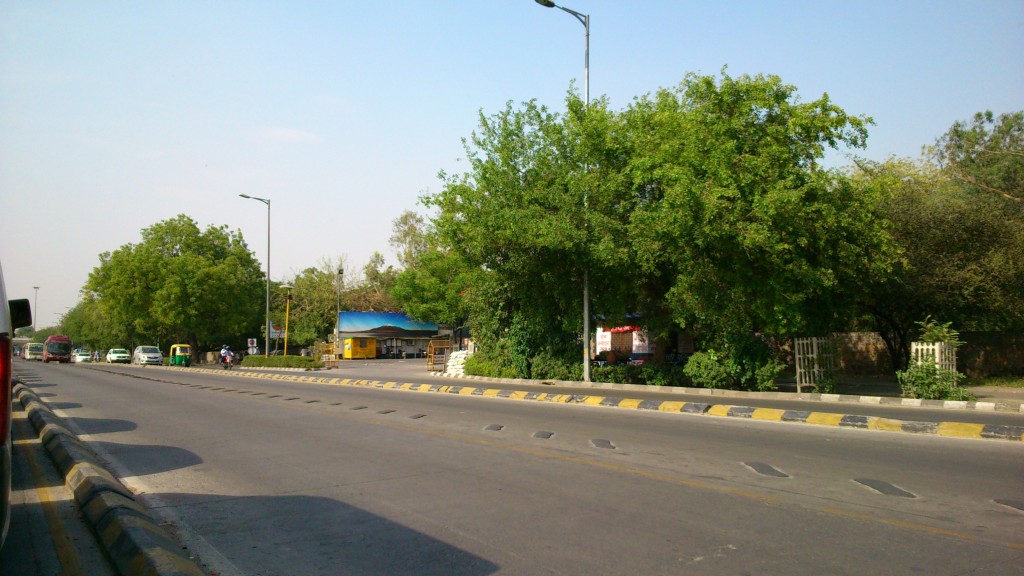 The camera has no issues with focussing real close up to the object. Where it suffers is predictably, low light performance. Even on shooting indoors it is quite easy to spot noise levels shooting through the roof as can be seen in the image below. 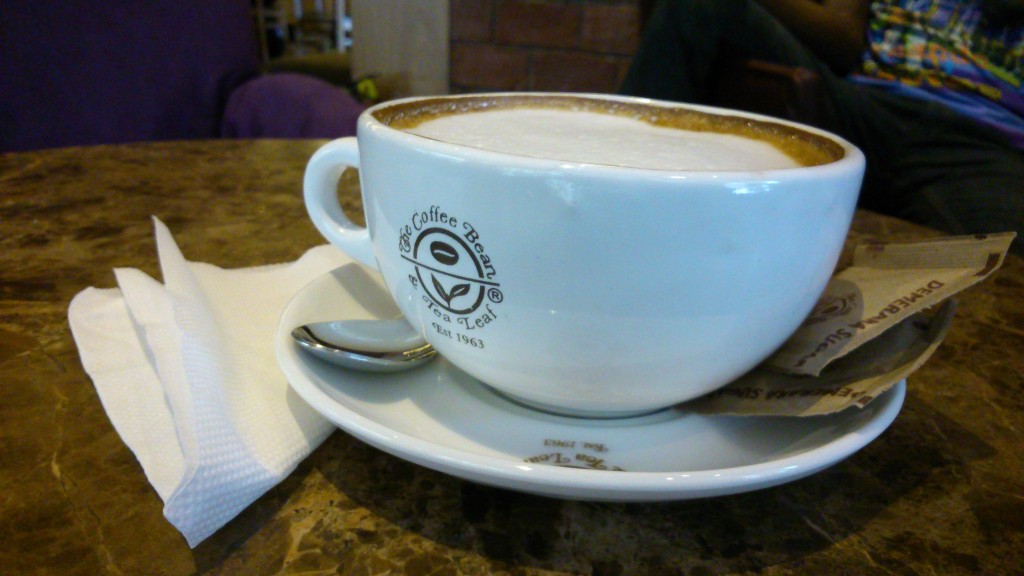 The camera should more than suffice for the average day to day shot. As long as there is sufficient lighting, the camera on the Xperia SP can deliver consistently above average results. 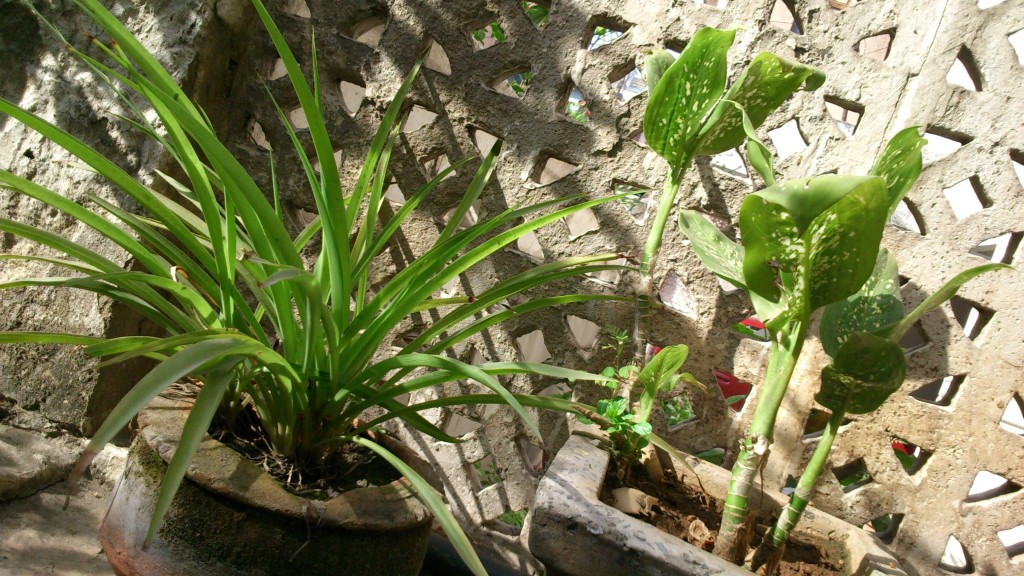 Day to day performance on the Xperia SP is good if not great. A few stutters apart, we were hard pressed to find any lags in the interface itself. The handset seems to cope up well with extensive web browsing as well with just the occasional hint of lag on a particularly heavy page. In terms of gaming too, there was little we found worth complaining about. Popular games like Temple Run work absolutely fine. 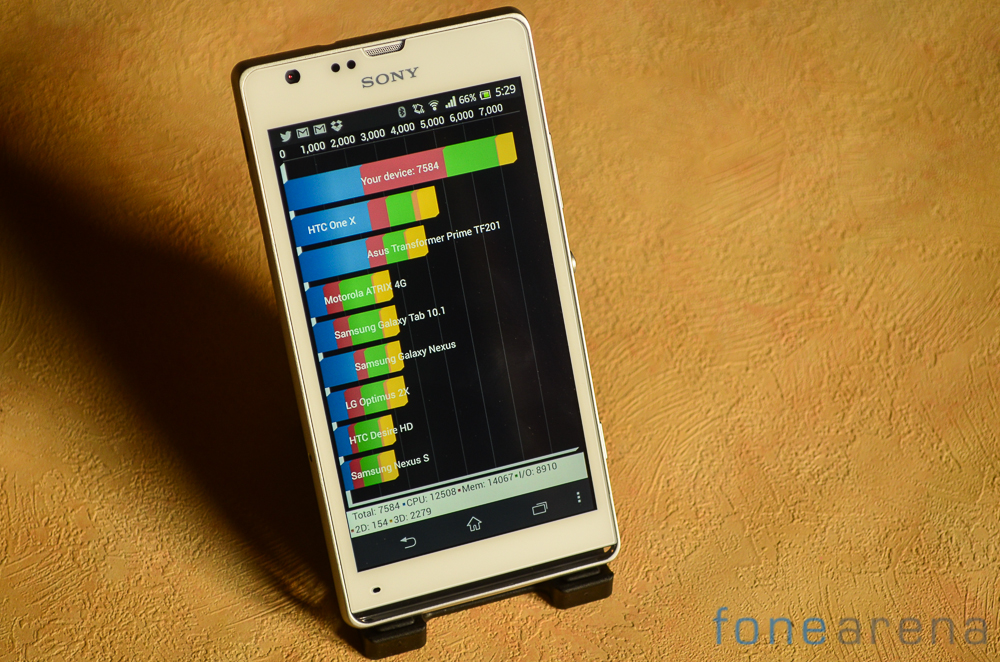 We are proponents of real life usage performance but if you’re someone looking for benchmark scores, even then we’ve got you covered. The smartphone does fairly well in the popular benchmarks and handily outpaces the HTC One X in the Quadrant test. 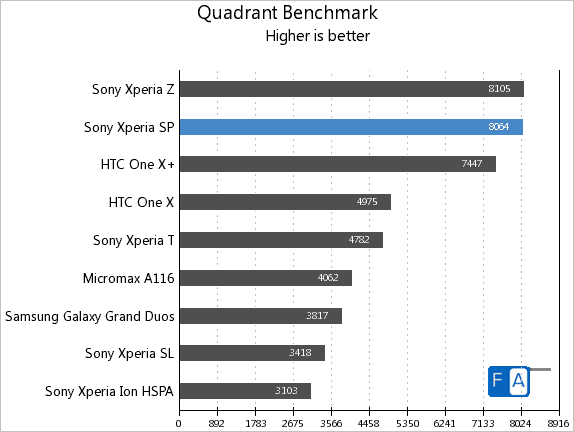 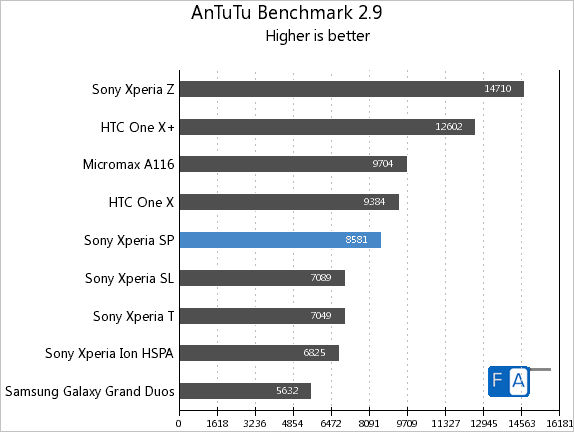 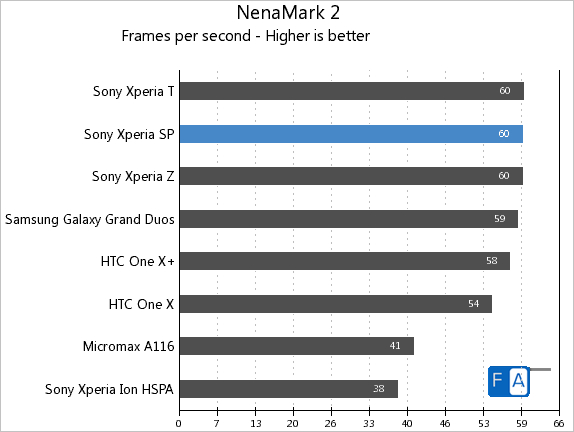 Equipped with a 2370 mAh battery pack, the Sony Xperia SP manages to provide about a day of usage time. It is possible to further extend this by tweaking Sony’s built in power saver settings according to your preferences. Charging a handset overnight is now standard practice so we don’t think you’ll have any major issues with battery life on the phone.

We quite like the Xperia SP. The handset feels fairly small and fits in the hand despite having a 4.7 inch display. Performance is satisfactory and the battery life tends to be rather good. The light bar is a particularly cool addition by Sony and is one we wish was emulated by all other manufacturers too. 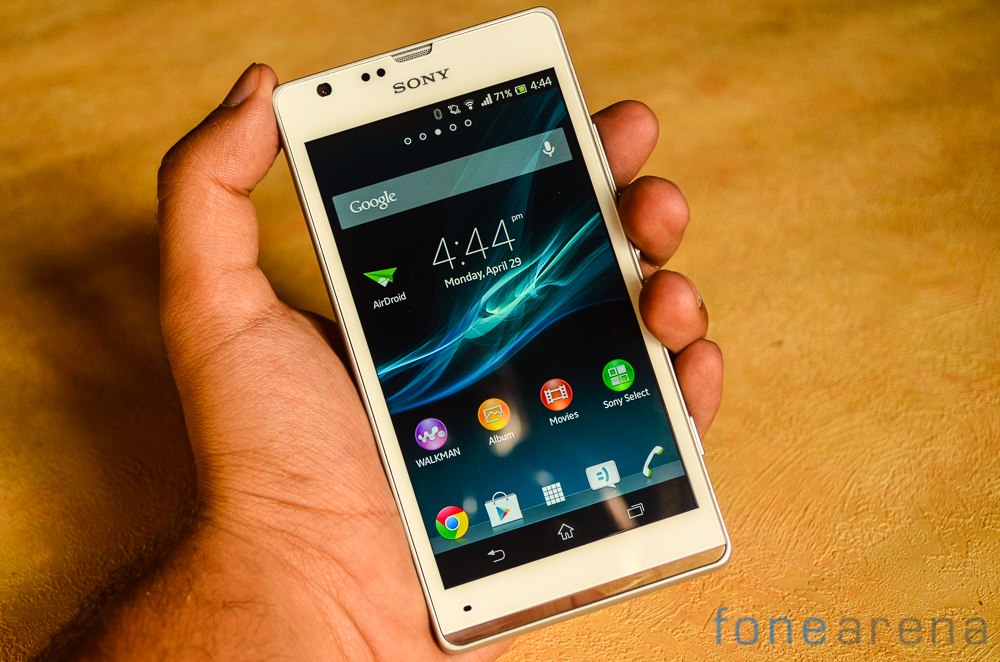 The Sony Xperia was launched in India at an MRP of Rs. 27,490, bit it is available at a market price of Rs. 24,990. We weren’t entirely convinced by the camera performance and the screen definitely leaves you wanting.  If you can live with a somewhat washed out display in lieu for very good build quality and an overall above average device then you really should be considering the Sony Xperia SP.