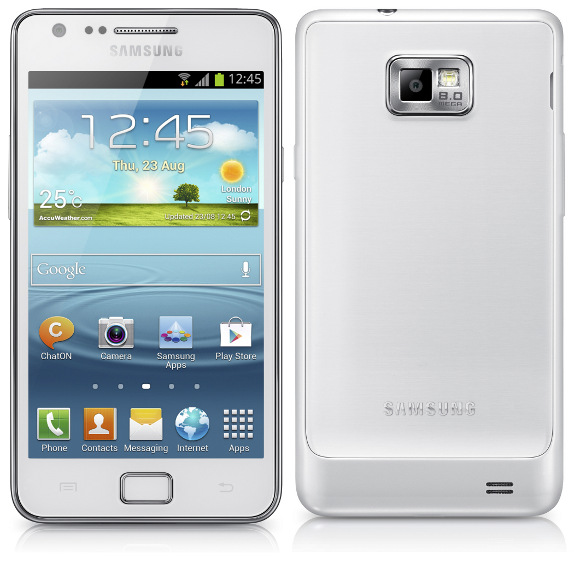 Samsung Galaxy S2 Plus is now on sale exclusively from online retailer Infibeam in India. It was announced earlier this year and packs a  4.3-inch (800 x 480 Pixels) Super AMOLED Plus capacitive touch screen display similar to the Galaxy S2, but it is powered by a  1.2 GHz dual-core Broadcom BCM28155 processor instead of dual-core Exynos chip in the Galaxy S2. It runs on Android 4.1.2 (Jelly Bean) out of the box and has a 8MP auto focus camera with LED flash, zero shutter lag and a 2MP HD front-facing camera.

It has Samsung’s unique features such as S Voice,  Popup Video, Smart Stay, Direct Call, Smart Alert and AllShare Play. It has optional NFC support, but the Indian version doesn’t have NFC support.

The Samsung Galaxy S2 Plus is priced at Rs. 22,900 and is available from Infibeam.