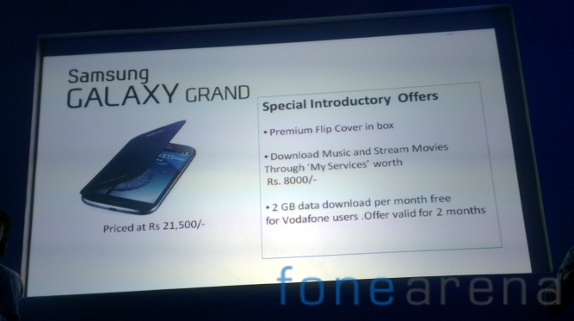 Samsung launched the Galaxy Grand (GT-I9082) in India today at Rs. 21,500 (MRP). At the launch event, Samsung announced that the Grand would come with Premium Flip Cover in the box and 2GB free data per month for Vodafone customers, valid for 2 months from the date of activation as an introductory offer. Consumers who purchase the phone can also download Music and Stream Movies through ‘My Series’ which has range of  services including myMovies, myMusic , myMobileTV , myStation, myReader and myEducation. 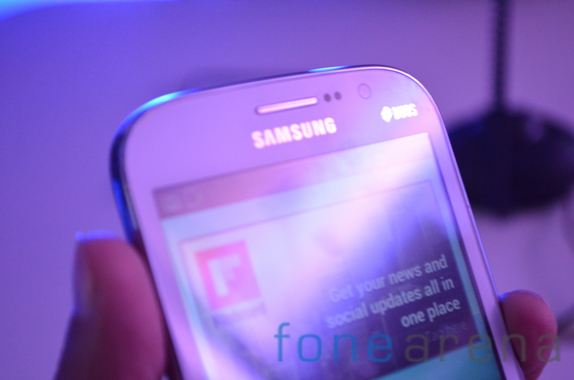 The Samsung  Galaxy Grand packs a 5-inch (800 x 480 Pixels) capacitive touch screen display, 1.2 GHz dual-core processor and runs on Android 4.1 (Jelly Bean). It also has dual SIM support with Dual SIM always on feature that automatically forwards calls from the phone number on SIM 2, even if a user is on the phone with SIM 1’s number. It has NFC and comes with a 2100 mAh battery.