Low cost tablets are becoming common by the day with almost every brand catering to the budget segment. Most tablet offerings in this range come with specs which are fairly consistent across the board. The Zync Z999+ spices things up a bit by offering inbuilt 3G data capabilities. 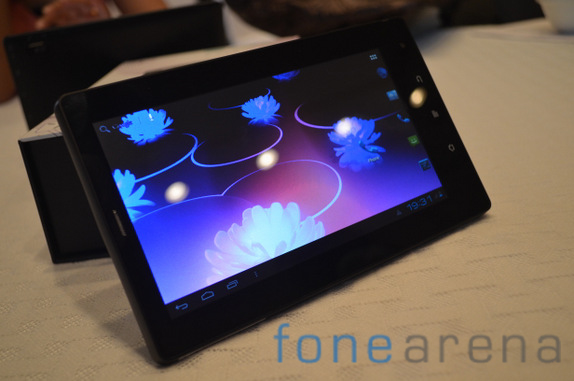 Will this be enough to justify the significant premium demanded over the competitors like the Micromax Funbook ? Read on to find out !

Here is the video review

Hardware on the Zync Z999+ is a mixed bag. While we quite liked the matte finish back of the tablet, the glossy and scratch prone front left us wanting.   Cost cutting is evident in the quality of plastics used. 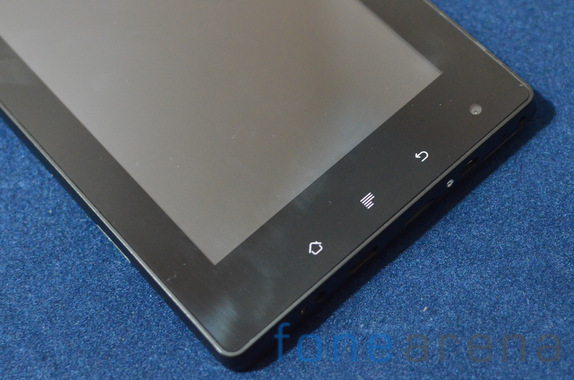 A trio of capacitive buttons representing the menu, home and back keys are located on the right side of the tablet. Ice Cream Sandwich includes virtual keys on screen all around so these end up being just an unnecessary addition. The poor feedback and response from the keys is disappointing as well. A wide range of I/O ports can be found at the bottom of the tablet. 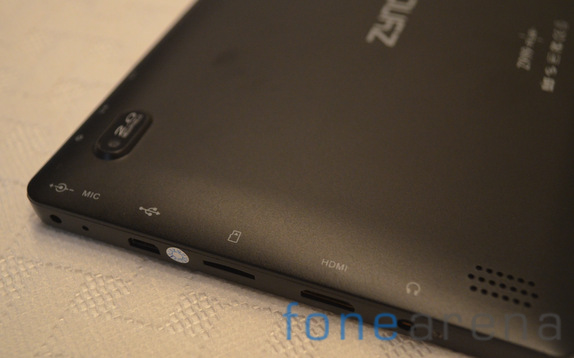 From the standard headphone jack, micro SD slot to the HDMI, mini USB slot which also doubles up for use USB OTG port, there’s hard to find fault with the port selection. We’re not fans of the proprietary charger port used here as it requires us to carry yet another charger. The 7″ form factor coupled with light weight hardware means that the Zync Z999+ is exceptionally portable and inbuilt 3G ensures that it can be used even without access to a WiFi hotspot.

Once again as seen on other budget tablets, the screen is where the maximum amount of cost cutting has taken place. Its not just the resolution but also the quality of the panel which irks. While less than ideal, WVGA on a 7″ device can still be managed due to the compelling price point but the disappointing color rendition and woeful viewing angles were a let down. 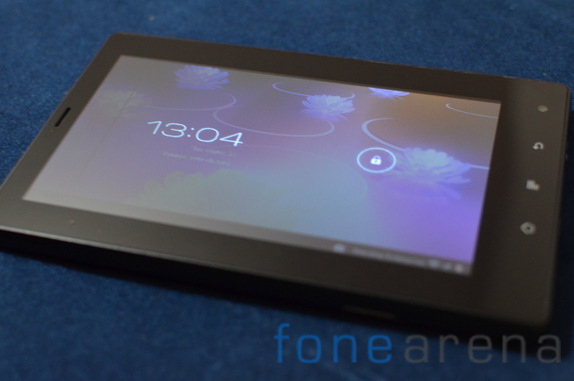 Visibility in bright light gets even worse. While sufficient for basic browsing, viewing photos or videos on this display is not an enjoyable experience at all. We didn’t find much to complain about in terms of the touch sensitivity. It works and supports multi touch gestures as well to enable pinch-zoom in the gallery.

The Z999 is powered by a 1.5 GHz Cortex A8 processor. While ancient by current standards, it is potent enough to power Android 4.0 on the tablet. The Mali 400 GPU definitely comes in handy by offering acceleration wherever possible. In addition to running industry standard benchmarks, we’ve included figures in comparison to its competitors such as the Funbook.

Right off the bat, the Zync Z999+ scored almost two hundred points less than the Funbook in Quadrant. Quadrant is a CPU, I/O and 3D graphics benchmark which helps to get a good perspective on how capable the device is. The Z999+ managed to score 1807 points here.

The Z999+ scored 2764 in AnTuTu which is respectable for the category and ahead of the Funbook as well. The tablet performs fairly well and lags were not too common. With the hardware limitations, it is best that you keep multitasking limited to ensure overall smooth operation.

The Zync Z999+ comes with Android 4.0 Ice Cream Sandwich onboard and we probably wouldn’t hold out for a Jelly Bean update. For what its worth, Zync hasn’t made much of additions to the OS. What we get here is the stock ICS experience. Being a Google certified device means that you have access to the Play store and the Zync Z999 should be able to run quite a few of those. 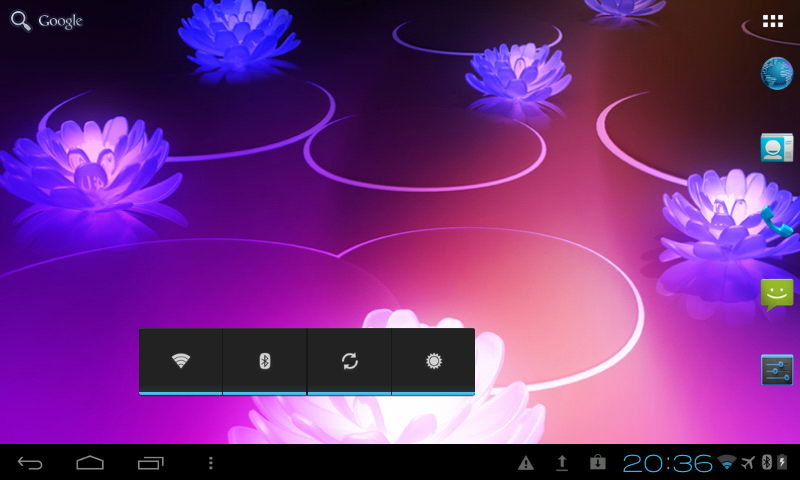 Your mileage might vary but the device should be able to handle most simple games though graphic intensive games will struggle. The same applies to CPU intensive apps as well. The Super HD Video Player app bundled along the phone handles all multimedia related activities. It was able to play most formats we threw at it in SD resolution. HD was a bit of a hit or miss and the maximum we could coax it to run was low bitrate 720p video.

The Zync Z999+ is equipped with two camera.A 2MP unit can be seen at the back of the tablet and a front facing unit is also present to facilitate video calling. Noise levels were high across the image samples we took. The camera unit over blows the highlights and colors are not accurate at all. 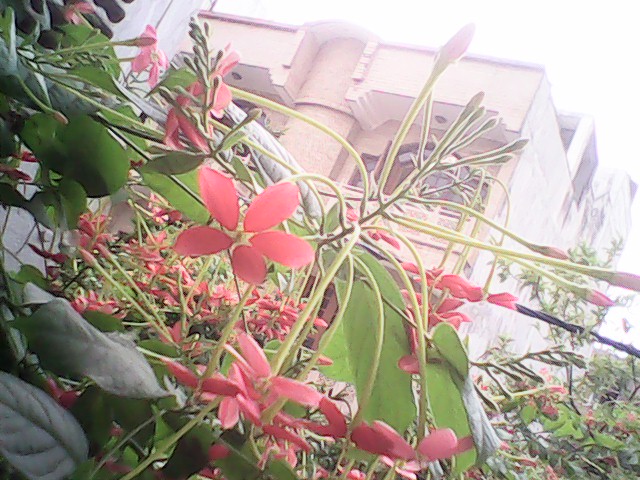 In addition, the lack of auto focus is another issue. Use the camera on this tablet only if you have nothing else to shoot with.

Zync has rated the Z999+ at about 5 hours of web browsing. We were able to eke out about 3 hours of usage time from it. Battery life is definitely on the lower side and drops further when using 3G. Expect to carry around a charger with this tablet.

There’s not a whole lot more to say about the Zync Z999+. The tablet comes with inbuilt 3G and you slot in your SIM card to browse the internet on the go. Voice calls work too if you’ve got a headset attached. 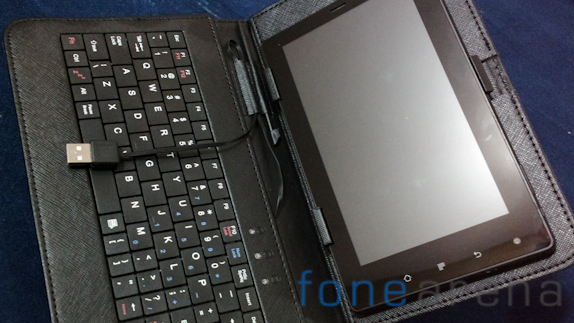 The Zync Z999+ offers on-the-go browsing and a tablet experience for cheap but fails to deliver. With performance levels falling much behind its competitors, 3G connectivity is the only USP it offers. Screen quality is particularly bad and so is battery life. 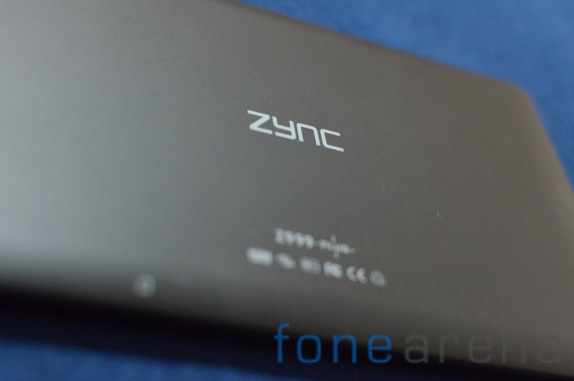 If having connectivity on a tablet is critical for you and you are on a strict budget then the Z999+ is the way to go. Else you should look at options like the Micromax Funbook which offer a lot more bang for the buck by giving you better performance at much lower price points.