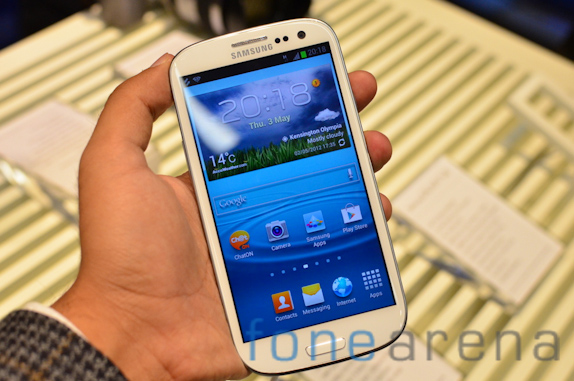 Pre-orders for the Samsung Galaxy S3 has crossed 9 million units worldwide according to a report by Korea Economic Daily. This includes the unit sold to more than 290 carriers in 145 countries. Samsung unveiled the Galaxy S3, 3rd phone in the Galaxy S series earlier this month, that has some unique features including S Voice, Smart stay, Smart alert, S Beam, AllShare Play and more.

Samsung is the leading smartphone vendor in Q1 2012 based on shipments. With the release of Galaxy S3 they might hold the top postion in the second quarter too. The Samsung Galaxy S3 would go on sale in Europe on May 29th.