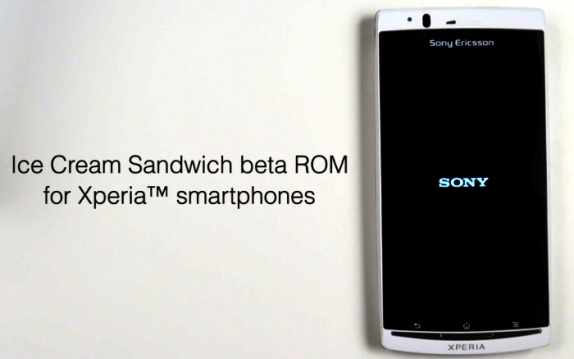 Sony has released Android 4.0 (Ice Cream Sandwich) beta ROM for select Xperia smartphones. They launched they alpha ROM as a preview last December, but this beta version brings a lot of improvements including functioning FM radio and GSM Radios. This has UI elements from ICS including some new UI features present in the Xperia S that was announced at the CES last month.

Here is the short video demo from Sony that explains the Android 4.0 beta for Xperia Smartphones

This version doesn’t include the Google Mobile Services (GMS) apps such as Face unlock app, Gmail andGoogle Maps, but this would be available in the final version of the ICS that would be rolled out to 2011 Xperia smartphones starting March 2012.

The Android 4.0 beta ROM is available for Xperia arc S, Xperia neo V and Xperia ray running the latest Xperia software (4.0.2.A.0.42) and you also need to unlock the bootloader for these phones manually.